Was He Against Demonetization Or For It? Read Raghuram Rajan’s Book Excerpt On It 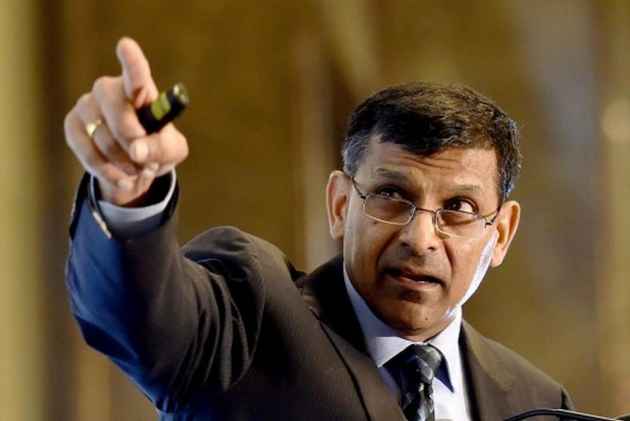 The cat is out of the bag, rather book. After zipping his mouth for a year, ex-RBI governor Raghuram Rajan has revealed that at no point during his term was the RBI asked to make a decision on demonetization, and that he didn’t favour it.

The slowing GDP growth -- from 7% in October-December quarter to 5.7% in April-June – apparently due to demonetisation had brought the spotlight back on the question: who recommened the cash-scrapping exercise that removed almost 86% of cash from circulation in the market. Rajan sets the record  straight in his latest book – I do what I do --   that compiles speeches he gave during his tenure as RBI governor.

The job of Governor is probably the most fulfilling job any Indian economist could aspire for. There were many days when I went home tired but happy that we had really made a difference. There are very few jobs in public administration where one can say this because one is always hemmed in by the need to get the concurrence of other organizations, and turf battles make it hard to move forward. At the RBI, on many issues the decision was ours, and ours alone, so progress was feasible and continuous. This also meant that the job weighed constantly on my mind, for I had to keep asking what more we could do, given the possibilities were endless. Putting a policy economist in the Governor’s job is like letting a kid loose in a candy shop! This is not to say that the job was always easy or enjoyable. While I enjoyed a good understanding with the political leadership – meeting regularly and cordially first with Prime Minister Dr Manmohan Singh and Finance Minister Chidambaram, and then when the government changed, with Prime Minister Narendra Modi and Finance Minister Jaitley – and while some bureaucrats were a delight to work with, the least pleasant aspect of my job was dealing with bureaucrats who were trying to undercut the Reserve Bank so as to expand their turf. In my last speech as Governor (see later), I offered suggestions to the government on how to reduce these unproductive frictions.

Any public job involves both undue praise and unfair criticism. It is human nature to think the latter dominates the former. Yet it is also the latter that is probably more useful in helping you sharpen your message. Much of the material in these speeches is an implicit response to critics, an attempt to explain why they do not have the full picture. To the extent that the criticism helped further public understanding through the clarifying speeches I gave in response, it had a silver lining. But over and above the ample rewards from the sense of personal fulfilment the job affords, I continue to be pleasantly over-compensated by the many students who tell me that they have been inspired to study economics and finance, the unknown passengers on planes who thank me for my work, and even by the security officer who stamps my boarding card as I leave India and asks me when I am coming back to work in the country.

As I indicated earlier, this is not a ‘tell-all’. Before ending this introduction, there is one issue, however, on which I have been asked many questions, which I have resolutely refused to answer until my period of silence is over, and that is the demonetization that was announced in India in November 2016. The questions, which have reportedly also been asked by parliamentary committees, include when I knew about the possibility of demonetization and what my view on it was. The press, quoting government sources, have variously reported that I was against it (in the early days of the demonetization process) and that I was ‘on board’ (in the most recent reports).

My only public commentary on the issue of demonetization was in response to a question in August 2014 at the Lalit Doshi Memorial Lecture (see later). At that time, the matter had not been broached by the government. As the Hindustan Times reported*

In August, at the annual Lalit Doshi memorial lecture, Rajan said, ‘I am not quite sure if what you meant is demonetise the old notes and introduce new notes instead. In the past, demonetisation has been thought of as a way of getting black money out of circulation. Because people then have to come and say ‘how do I have this 10 crores in cash sitting in my safe and they have to explain where they got the money from. It is often cited as a solution. Unfortunately, my sense is, the clever find ways around it.’

Rajan said, ‘Black money hoarders find ways to divide their hoard into many smaller pieces. You find that people who haven’t thought of a way to convert black to white, throw it into the hundi in some temples. I think there are ways around demonetisation. It is not that easy to flush out the black money.’

A fair amount of unaccounted cash is typically in the form of gold and therefore even harder to catch, said Rajan, adding that he would focus more on incentives that lead to generation and the retention of black money. There were a lot of incentives on taxes and the current tax rate in the country was for the most part reasonable, he added.

Given that various stances have been attributed to me, including in Parliament, let me clarify. I was asked by the government in February 2016 for my views on demonetization, which I gave orally. Although there might be long-term benefits, I felt the likely short-term economic costs would outweigh them, and felt there were potentially better alternatives to achieve the main goals. I made these views known in no uncertain terms. I was then asked to prepare a note, which the RBI put together and handed to the government. It outlined the potential costs and benefits of demonetization, as well as alternatives that could achieve similar aims. If the government, on weighing the pros and cons, still decided to go ahead with demonetization, the note outlined the preparation that would be needed, and the time that preparation would take. The RBI flagged what would happen if preparation was inadequate.

The government then set up a committee to consider the issues. The deputy governor in charge of currency attended these meetings. At no point during my term was the RBI asked to make a decision on demonetization.