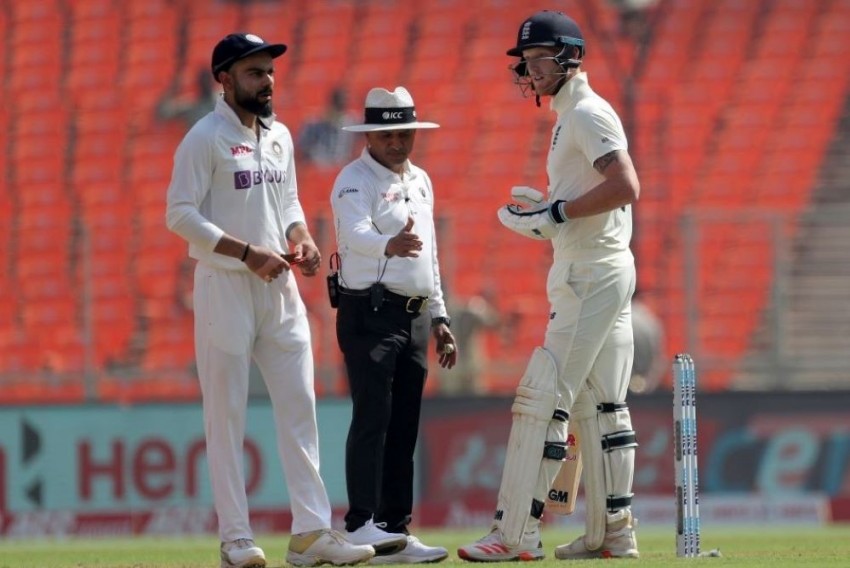 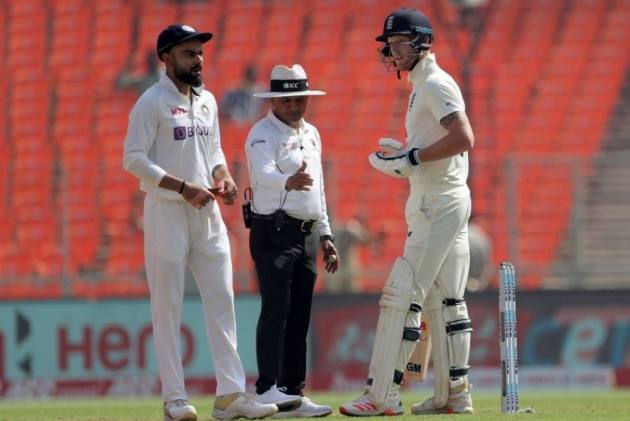 Ben Stokes displayed the indefatigable side of his batsmanship in his 24th Test half-century but India did well enough to get breakthroughs at the right moments to leave England reeling at 144 for 5 at tea on the opening day of the fourth and final match on Thursday.

The track offered both turn and bounce but not as consistently, letting England middle-order, led by Stokes, to give a far better account of itself.

A bit more discretion would have put England in a better position but they would take this performance any day after the 112 and 81 in the third Test at the same venue.

But it was the indecision seen in the previous matches that brought about his downfall.

Washington angled one in and Stokes was on backfoot after initially trying to come forward preempting an off-break. The ball didn't turn and hit the back leg with clear indication of crashing into the leg stump.

Stokes' dismissal after a good show did upset the team's rhythm just when it was looking to redeem itself after a poor first session.

Axar Patel (18-5-48-2), whose straight deliveries have scarred the English batsmen, was again menacing in the first session while Mohammed Siraj (12-2-34-2) was deceptively quick with the semi new SG Test ball, getting a couple of leg before decisions.

Young Ollie Pope (21 batting), someone who was rated very highly by Sachin Tendulkar during England's home Test matches, was seen using his feet against spinners. He has Dan Lawrence (15 batting) for company.
Jonny Bairstow (28 off 67 balls) looked really good during his 48-run stand as he crunched six boundaries using the width on offer from the pacers.

However, he was sent back by Siraj, who bowled a perfect in-dipper at nearly 147 clicks which would have trimmed the bails as the DRS review showed.

Stokes and Bairstow showed that if one can trust their defences, batting wasn't impossible.

Both played the spinners close to their body on most occasions and especially on the front-foot.

In fact, Pope is also showing the intent as he is coming down the track while playing the defensive strokes in order to kill the chance of any turn whatsoever.

But on a track like this, no batsman would feel completely set and that's what happened with both Bairstow and Stokes.

The first hour of the match showed that England's younger lot is still feeling the after-effects of the demoralising 'Pink Ball' loss.

Brought into action as early as in the sixth over, Patel bowled an arm ball which had Dom Sibley (2) leaving a huge gap between bat and pad, trying to play for the spin. The result was an inside edge onto the stumps.

Zak Crawley (8) felt that the easiest way to survive was to attack Patel. He got a boundary but then jumped out and lofted the spinner without getting to the pitch of the delivery.
The result was a simple catch to Siraj stationed at mid-off, who didn't even have to move an inch from his position.

Joe Root (5), who went off the boil post his double hundred in the first game, got a peach of an inswinger from Siraj, which had him caught plumb in-front, leaving his team at 30 for 3 inside the first hour.