The hit forced Indian captain Virat Kohli to spend time with the bowler, trying to ascertain what went wrong. 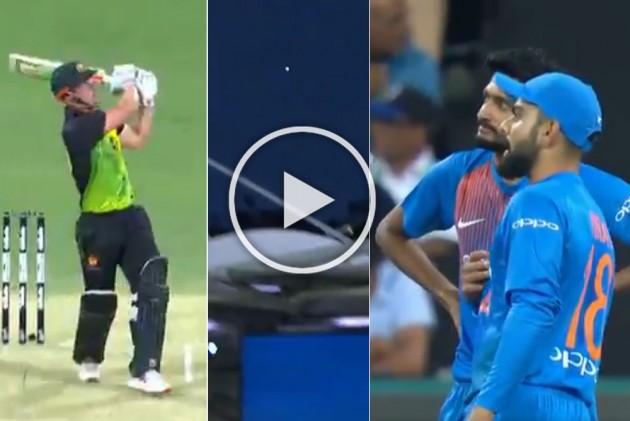 For obvious reasons, Aussie batsman Chris Lynn is also known as Lynnsanity. The 28-year-old is one of the few Australian batsmen who can demolish any bowling attack with his insane batting, often replete with huge sixes.

On Wednesday, the right-handed batsman hit as many as four sixes after starting his knock with a four. And his first six was a monster, a 108-metre long hit against Khaleel Ahmed which sailed over mid-wicket boundary. That happened off the first ball of the eighth over.

In the stands, a super fan took a good catch to celebrate with his mates. But the hit forced Indian captain Virat Kohli to spend time with the bowler, trying to ascertain what went wrong.

Upper decker! Chris Lynn launched a 108m six into the hands of Old Mate in the stands ðÂÂÂ#AUSvIND @bet365_aus pic.twitter.com/vaxgQT6dAQ

Lynn departed in the 11th over, caught and bowled by Kuldeep Yadav for 37 off 20 balls.

The match was stopped for some time due to rain with Australia at 153/3 after 16.1 overs. The match was reduced to 17-overs a side.

Australia finished their innings on 158/4 from their 17 overs. India need 174 to win according to the DLS method.