Kaur became the first ever Indian women to hit a hundred in the shortest format of the game. 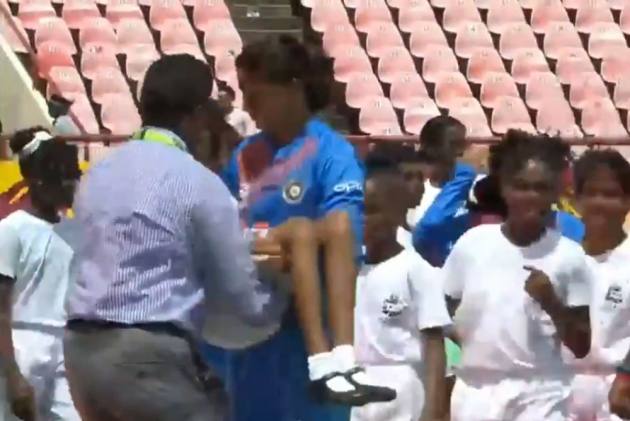 The 29-year-old then played the role of a good samaritan to perfection during India's second outing in the ongoing tournament when she carried an ill girl, who was in the centre as a mascot, off the field before the start of India-Pakistan match at the same venue.

Kaur became the first ever Indian women to score a hundred in the shortest format of the game when she hit 103 off 51 balls against the White Ferns at Providence Stadium, Guyana on Friday.

In the next Group B match, she remained unbeaten on 14 as India registered second win in two matches.

India will take on Ireland on Wednesday before wrapping up group engagement on Saturday with a clash with Australia. India are playing all their group matches in Guayana.