Early in the chase, in the fourth over, Shaw tried to duck a bouncer from Holder, but the delivery stayed low and hit the batsman on his left bicep. 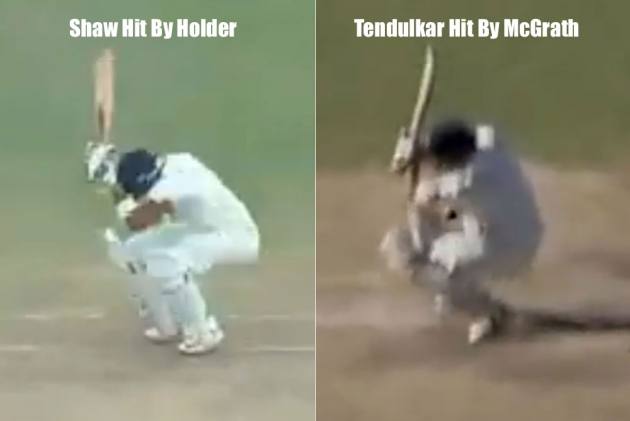 Prithvi Shaw has emerged as the find of the India-West Indies Test series. The teen sensation won the man of the series award in his debut series thanks to his exemplary batting.

On a peculiar note, Shaw was dealt a body blow by Windies captain Jason Holder while India were chasing a paltry target of 72 runs to win the series 2-0 at Hyderabad on Sunday.

Early in the chase, in the fourth over, Shaw tried to duck a bouncer from Holder, but the delivery stayed low and hit the batsman on his left bicep.

Windies availed the DRS, but it returned negative, thus saving the teenager.

Back in 2000, Tendulkar faced a similar delivery against Glenn McGrath and was given out LBW by Daryl Harper.

Watch both the videos here:

Shaw went onto hit the winning runs as India beat the Windies by 10 wickets.