Watch: Swami Om Beaten Up At Gandhi-killer Godse Function! Baba Runs Away With Wig In Hand

The crowd was miffed over the fact that a fake godman was called for the occasion and took it as an insult to Nathu Ram Godse’s name. 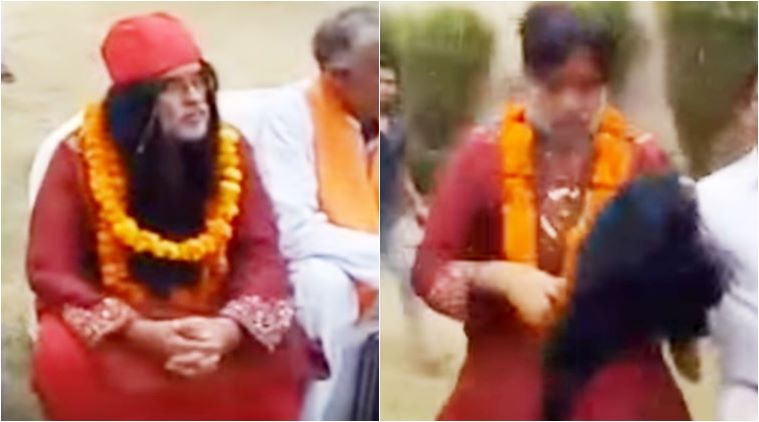 Remember the most controversial contestant of Bigg Boss 10 - Swami Om? Well, the self proclaimed godman has once again made it to the headlines after he was thrashed by the public at an event in Delhi. According to an Indian Express report, Swami Om was invited as the chief guest in event on the occasion of Nathu Ram Godse’s birth anniversary which was held in Delhi’s Vikas Nagar area.

Apparently the crowd was miffed over the fact that a fake godman was called for the occasion and took it as an insult to Nathu Ram Godse’s name. When Swami porceeded towards the stage for a speech, some people from the crowd started beating him and thrashed badly!

While the self-proclaimed godman was beaten black and blue, his wig was also pulled off and people were surprised to see Swami Om's new avatar.

According to Indian Express, when the former Bigg Boss contestant tried to escape the event, his car was also attacked. The public even broke the windows of the car and reportedly hit the driver too.

Interestingly, this isn't the first time that Om had to face the brunt of public's anger. According to a Financial Express report, earlier this year, the Big Boss contestant was slammed during a live show in the News Nation studio after Om allegedly abused a woman while the filming of the interview.

Swami Om had been ranking up the controversies since the day he stepped into Bigg Boss house during its tenth season. The self proclaimed godman had made several obnoxious remarks during his stay in the Big Boss house. However he was later kicked out after he sprinkled his urine of Rohan Mehra and Bani J in Big Boss 10.