Age is just a number, something that a 102-year-old Australian woman has proven by becoming the oldest skydiver in the world. 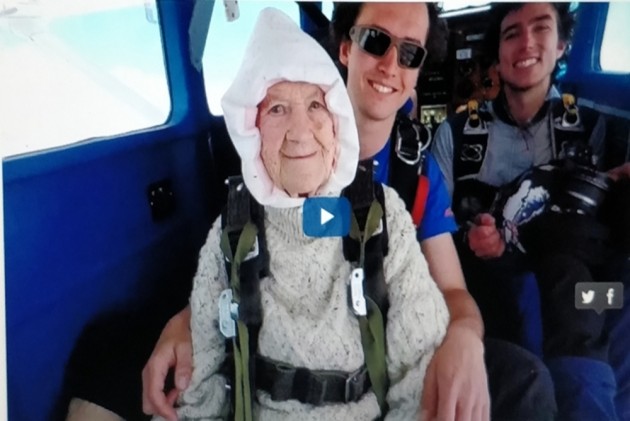 A 102-year-old woman is believed to have become the world's oldest skydiver after plunging 14,000 feet (4,300 metres) through the South Australian sky.

Irene O’Shea, a resident of Athelstone, Australia, also finds a mention in the prestigious Guinness Book of Records as the world’s oldest skydiver.

According to media reports, O’Shea completed her first skydive to celebrate her 100th birthday in 2016 and returned the following year to raise funds for research into motor neuron disease, having lost her daughter to the illness years earlier.

“I lost my daughter to that terrible disease 10 years ago, and I miss her,” O’Shea told the Advertiser, an Australian newspaper.

"It was very clear up there, and the weather was good but it was very cold," she added.