Watch: UP Cop Showers Rose Petals From Chopper On Kanwarias

Defending his act, Kumar said “no religious angle should be given to this.” 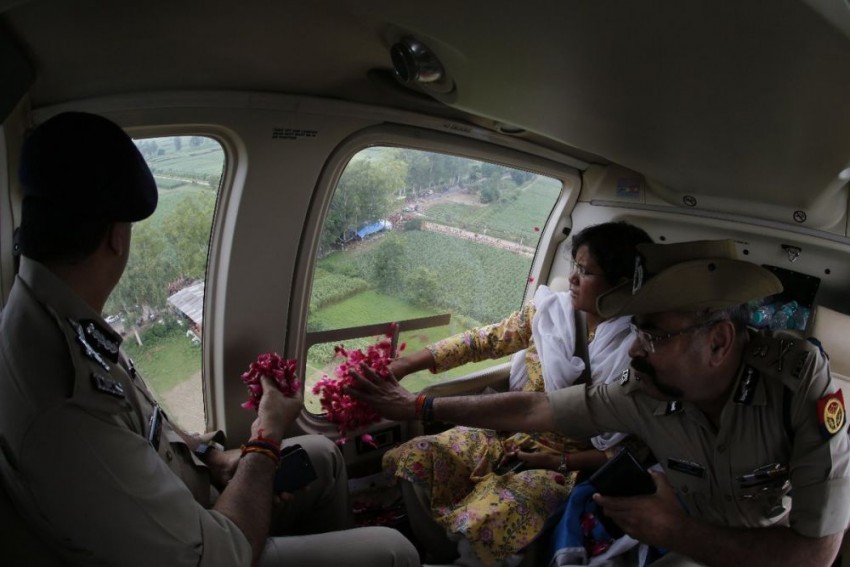 An Uttar Pradesh police officer has landed into controversy after he, along with some other senior officials, showered rose petals on Kawarias from a helicopter on Wednesday.

Defending his act, Kumar said “no religious angle should be given to this.”

"No religious angle should be given to this, flowers are used to welcome people. Administration respects all religions and actively takes part, even in Gurupurab,Eid, Bakrid or Jain festivals,” ANI quoted the cop as saying.

In another instance in UP's Bulandshahr, Kanwariyas vandalised police vehicle after an altercation with locals on Tuesday.

The controversy comes a day after a video showed Kanwarias attacking people and vandalizing a car in Delhi’s Moti Nagar area.

The Delhi Police has registered a case against unidentified persons after a group of Kanwariyas vandalised a car in west Delhi, vexed by the driver allegedly hitting one of them.

According to police, the grey i10 car was being driven by a woman, who was with a male friend, when the car allegedly hit a Kanwariya.