The video captured the IAF aircraft Mi-17V5 for a few seconds before it disappeared into fog. Moments later the sound of the copper changed leaving the localites into confusion. 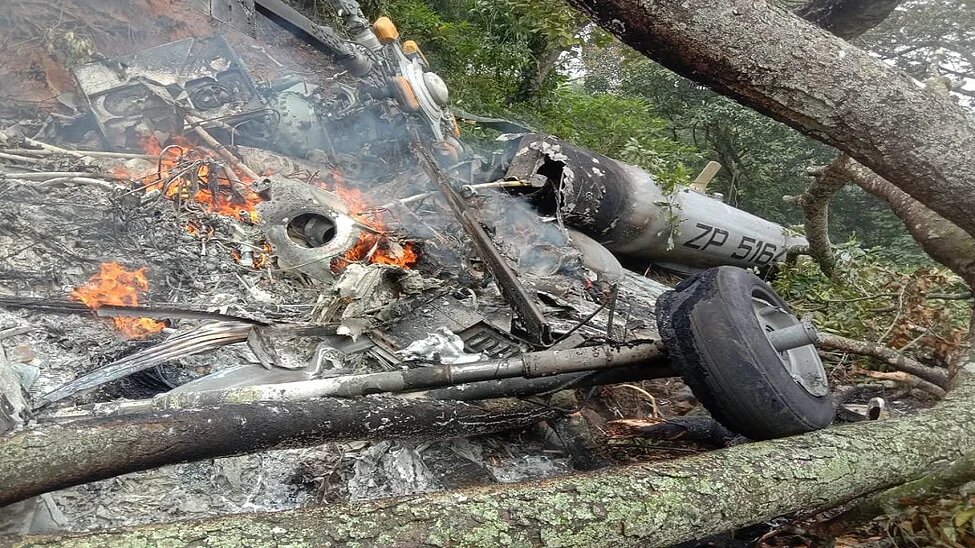 A day after the country lost it's first Chief of Defence Staff (CDS) General Bipin Rawat, along with his wife and 11 other Army officials, in a tragic IAF Mi-17V5 aircraft crash that occurred near Coonoor district of Tamil Nadu,  a video of the helicopter vanishing into the mist emerged from local sources.

The Air Force is yet to confirm the authenticity of the video, which apparently captures  the exact moment of the the helicopter crash.

#WATCH | Final moments of Mi-17 chopper carrying CDS Bipin Rawat and 13 others before it crashed near Coonoor, Tamil Nadu yesterday

The video captured the aircraft for a few seconds before it disappeared into fog. Moments later the sound of the copper changed leaving the localites into confusion.

The chopper carrying CDS General Bipin Rawat, his wife Madhulika Rawat and 12 other army officials, departed on Wedneday at 11:48 am and was reported missing at around 12.08 pm. It crashed seven minutes before it was to land.

Defence officials yesterday confirmed retrieval of two boxes, including the flight data recorder, or the black box, which were found after authorities expanded the search area from 300 metres to one kilometre.

According to the officials, they boxes are likely to be taken to Delhi or Bengaluru to ascertain the cause of the crash, officials said.