Watch: When Jingle Bells Met Qawwali And Carnatic Music On Christmas, It Was Rhythm Divine

'Jingle Bells' met with a fusion of alaaps and sangams, when a group of Hindustani music artistes juxtaposed it with the classical Hindustani Qawwali on the occasion of Christmas. 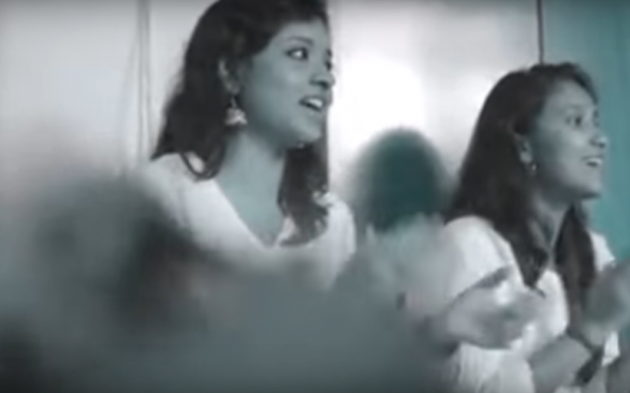 A Qawwali took over the world's most most famous Christmas carol- the classic Jingle Bells.

'Jingle Bells' met with a fusion of alaaps and sangams, when a group of Hindustani music artistes juxtaposed it with the classical Hindustani Qawwali on the occasion of Christmas.

Percussionist  Mayookh Bhaumik said the idea of "some Hindu boys getting together  and singing a Muslim form of music for a Christian holiday was quite interesting."

"It wasn’t or isn’t a political statement. But, when I did get the idea to treat the famed carol differently, it was so interesting that I just couldn’t resist,” The Indian Express  quoted  him as saying.

Keeping the spirits of secularism and festivities around Christmas high,  a rendition of the Christmas carol was also played at a Music Academy in Chennai.