Water On Mars: What Does The Discovery Mean?

On July 25, when a report was published in the Science Magazine titled, “Radar evidence of sub-glacial liquid water on Mars”, it caught the attention of readers from across the globe. 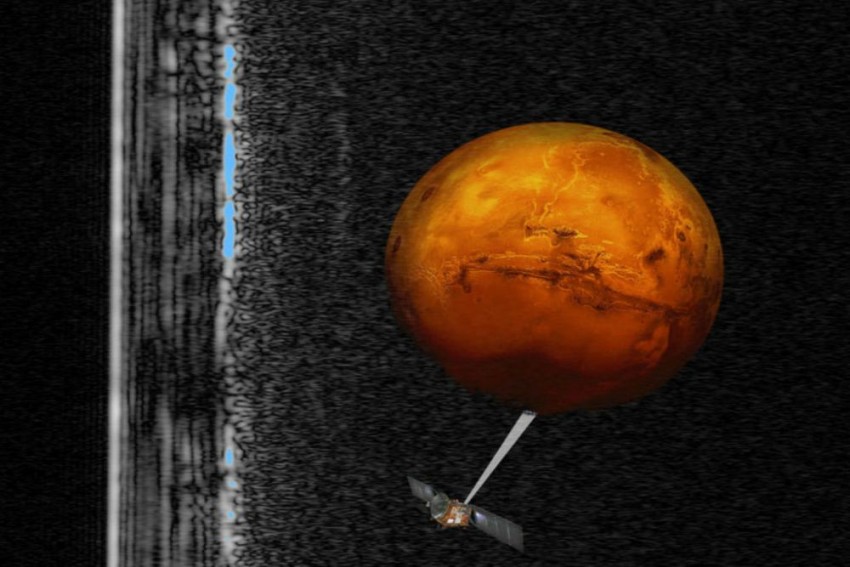 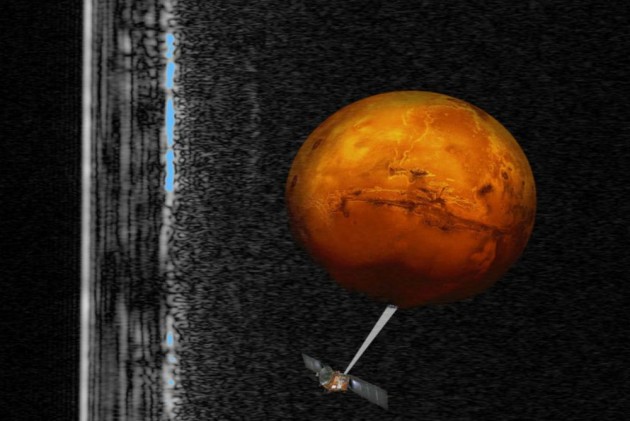 For centuries, the mankind has been fascinated with the idea of the presence of life apart from Earth. This fascination to interact with extra-terrestrial life forms led to the origins and growth of space exploration. Scientists and geo-physicists for long have been researching to find out traces of water in Moon, planets and other celestial bodies so that one could start looking into a realistic possibility of exploring life forms outside Earth, because water is a sign of life.

On July 25, when a report was published in the Science Magazine titled, “Radar evidence of sub-glacial liquid water on Mars”, it caught the attention of readers from across the globe. The report reveals that there is a presence of liquid water trapped below the ice of the South Polar Layered Deposits. A radar instrument named MARSIS (Mars Advanced Radar for Subsurface and Ionosphere Sounding) was used to survey the PlanumAustrale region (beneath which water was found) provided evidence that a 20km (12 miles approx) wide lake exists under the planet's south polar ice cap.

However, nothing substantive has been said about the presence of any life form at Mars yet in the report. Even though the report doesn’t say anything regarding the existence of life, this is certainly a breakthrough because now the scientists, geo-physicists and biologists have at least a particular area to look at, explore and study about. A thorough study of the nature and character of this lake, both physically and chemically, would give the scientists a much better idea about the trapped lake there as well as about the possibility of the existence of life forms in such an environment.

The evidence of presence of water in some form should definitely be seen as a success because the idea is not just to find life forms on other planets but to understand that particular planet’s ecosystem, topography and what exists beneath their surface. With this report coming out, many of the astro-biologists and space agencies like the NASA would be pretty interested to send more missions to Mars and track more areas on the planet. Currently, it’s more about hit and trial. This is primarily because one doesn’t have an idea of where to look for water within such a large solar system.

Space exploration is very expensive business which needs immense amount of funding and financial support. Therefore, when reports like these come out which creates an interest as well as an impact in the minds of a large audience, who are not necessarily scientists, it gives a major boost for these institutions working on outer space to work with even more enthusiasm. What this means is that the concrete evidence of the presence of a lake beneath Mars surface is definitely a plus point.

The next logical step seems to be that space agencies around the world would become more hopeful and ambitious about studying the surfaces and things beneath the surfaces of celestial bodies. Even this lake which has been tracked by the MARSIS radar hasn’t been studied yet thoroughly. The confirmation of the presence of a water body was itself a big breakthrough, the presence of life form within the water is a question which may take a considerable time to be answered.

The reason why it would need considerable time to confirm a presence of life form is because it would need a manned mission or probably robots to be sent to Mars South Pole to drill this ice pocket which lies beneath the surface, take it out and examine it. This again would cost a lot of money but all these costs would be dwarfed in front of it if someday there is a confirmation of the presence of life form on Mars or any other celestial body.

The other pertinent question is if there is a life form or multiple forms which do exist apart from Earth and are yet to be found out, do they follow and act as per the same principles of universe as we do on Earth? For times immemorial, the scientists who have worked in the field of physics, chemistry, biology etc have called certain things universal thinking and believing that as humans on Earth live as per the principles of science, these same principles should be applicable to every life form anywhere in universe.

So, the mankind has defined ‘universal’ through the prism of its own universe which it knows and where it lives. Although, this is more of a philosophical question but it is linked to long time quest of scientists to find water and other life forms as well. What if the micro-organisms or any life form which the scientists keep hoping to find out someday in some part of the universe is not guided by the same principles which they have defined as universal. The bigger question is how little about the universe the scientists know about till date and how huge part of it is still left to be explored

It maybe possible that, if there are some life forms which exists in some part of the universe, may not need water at all to survive. Maybe those life forms thrive on some different elements which are alien to us. Every planet has a unique a characteristic different from other. The habitat which suits life forms on earth may not hold the same value to support life even if such a habitat exists somewhere else.

They are a lot of ‘may’ and ‘if’s’ involved there, which though is confusing but still good for the progress of science. Though, a caution needs to be made that one should not define universal through the prism of ‘our universe’.

(The author is a Junior Research Fellow at School of International Studies, JNU)

A Look At Narendra Modi's Independence Day Turbans Since 2014