We All Need To Stick Together: Kangana On 'Padmavati' Row 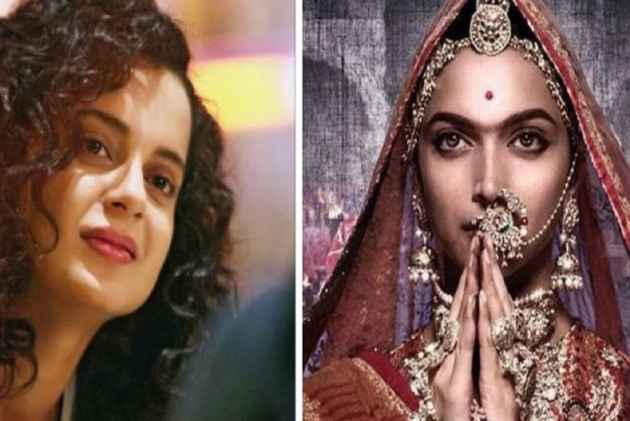 The 30-year-old actor, who recently declined to lend her support to the 'Deepika Bachao' letter campaign, led by Shabana Azmi, said she stands by her industry colleagues.

"Whatever is happening around us, we all need to stick together. Whether individually or together if we can do (anything) to support our colleagues, we should. Our full support is with our colleagues," Kangana said on the sidelines of Reebok's Fit to fight awards last night.

Comparing it to the incident where a man threw acid on her sister Rangoli, Kangana said such things highlight the patriarchal nature of the society and should be condemned.

"It is extremely wrong but it should not surprise people because like everyone knows that a man threw acid on my sister when she was in school or now that I am in a professional environment so, a superstar (Hrithik Roshan) tries to put me in jail. This is common in our society.

"You want to attack an individual or chauvinism, patriarchy or our orthodox thinking? We should attack these things... We have to attack the mindset, and we will do that and we are doing it whether it is through our work, speech or our films."

The actor said films are a powerful medium and it would be wrong to say that one should not be sentimental about them.

Kangana, in a statement earlier, said she declined to sign the petition as it was started by someone (Azmi), who "character assassinated" her. She said she supports Deepika as an individual but would not sign the petition.

"I have my own set of ideas and opinions about the current situation in our country. I am on the fence about many things and being a part of a feminist movement called 'Deepika bachao' lead by someone who character assassinated me when I was bullied, seems to be one of them.

"Anushka understood but I am glad they reached out to me, like I said Deepika has all my support I am an individual perfectly capable of supporting who I like without anyone's support," she had said.

An adaptation of Malik Muhammad Jayasi's epic "Padmavat", the film's release had to be postponed from December 1 amid protests by various Rajput groups and political figures.

The director has been accused of depicting a romantic dream sequence between Padmavati and Sultan Alauddin Khilji (Ranveer Singh), a claim repeatedly denied by Bhansali.

Historians are divided on whether Padmavati actually existed.

Also starring Shahid Kapoor, "Padmavati" was earlier scheduled to be released on December 1. The makers deferred the release as they await a certificate from the CBFC.