We Are Not Going Back, Say Farmer Leaders

Farmer unions are meeting at Singhu border today to chalk out their future course of action. 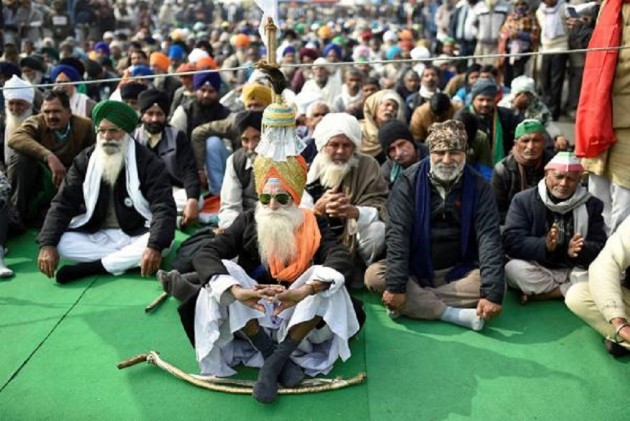 Blaming infiltrators for disrupting their peaceful protest against the Centre’s new agriculture laws, farmer unions have indicated they are likely to intensify their stir in the coming days.

In the wake of reports of untoward incidents taking place during Tuesday’s “tractor parade” in Delhi, farmer unions are meeting at Singhu border today to chalk out their future course of action.

The leaders had a brief chat Tuesday night and have decided that individual unions will deliberate within their organization first and then meet in the afternoon to firm up the calendar for future movements.

Swaraj India national president Yogendra Yadav has indicated that the demonstration will continue and said that the leaders will meet and decide on the proposed Parliament march on February 1.

However, All India Kisan Sabha leader Hannan Mollah declared “Our programmes will go on as decided and that includes the march on the day Union Budget is presented in Parliament.”

On Tuesday, sensing that the narrative was going against it, the umbrella organization of the Samyukta Kisan Morcha (SKM) had called off the rally midway and asked participants to return to their respective protest sites. However, the statement added, “the movement will continue peacefully, and further steps will be discussed and decided soon.”

While a section wants to go ahead with it saying that it is the only way to catch the attention of the powers that be, another section claims it may further smear the campaign.

“We would like the farmers to return to the negotiation table. What happened on Tuesday is condemnable, shameful!” said Dinesh Kulkarni, all-India Organisational secretary of the RSS-backed Bharatiya Kisan Sangh (BKS).

However, the SKM has blamed “infiltrators” for disrupting an otherwise peaceful movement.

“By disrupting our struggle, the government assumes it can break our determination and we’ll go home. It’s not happening,” said a farmer leader who did not want to make an official statement before the meeting.

In a recorded statement on Wednesday morning, Yadav blamed a rival union from Punjab and an actor for playing into the hands of their detractors.