We Did Our Best: PM Modi On Death Of 39 Indians In Iraq

Expressing grief over the death of Indians, Prime Minister Modi said every Indian grieves with those who lost their loved ones in Mosul. 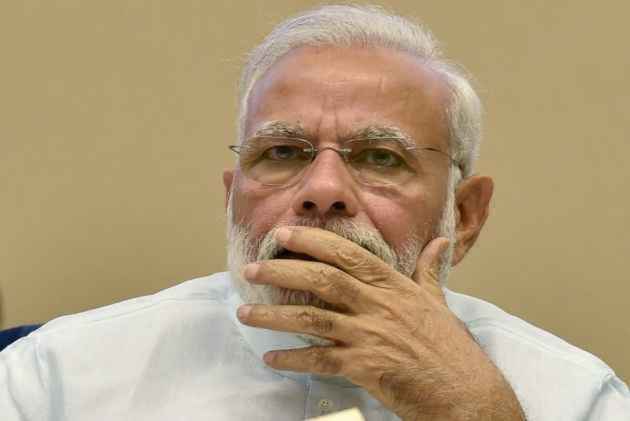 Prime Minister Narendra Modi on Tuesday said the Government did its best in Iraq hostage crisis.

Earlier in the day, External Affairs Minister Sushma Swaraj told in the Parliament that 39 Indians, who went missing in Mosul in Iraq in 2014, have been killed by the dreaded terror outfit Islamic State (IS).

The Prime Minister tweeted, "The MEA (Ministry of External affairs) and particularly my colleagues @SushmaSwaraj Ji and @Gen_VKSingh Ji left no stone unturned in trying to trace and safely bring back those we lost in Mosul."

He also said that the Government remains fully committed towards ensuring the safety of our sisters and brothers overseas.

Expressing grief over the death of Indians, Prime Minister Modi said every Indian grieves with those who lost their loved ones in Mosul.

"We stand in solidarity with the bereaved families and pay our respects to the Indians killed in Mosul," the Prime Minister tweeted.

Earlier, Swaraj informed that out of the deceased, 27 people were from Punjab, six from Bihar, four from Himachal Pradesh and two from West Bengal. She said the identity of one of them is yet to be verified.

She also said that Minister of State (MoS) External Affairs General V.K. Singh will go to Mosul in Iraq to bring back the mortal remains of the 39 Indian nationals killed there.(ANI)