We Have Let Down Our Children

The Juvenile Justice Bill passed by the Rajya Sabha will neither protect us nor our future -- the children. 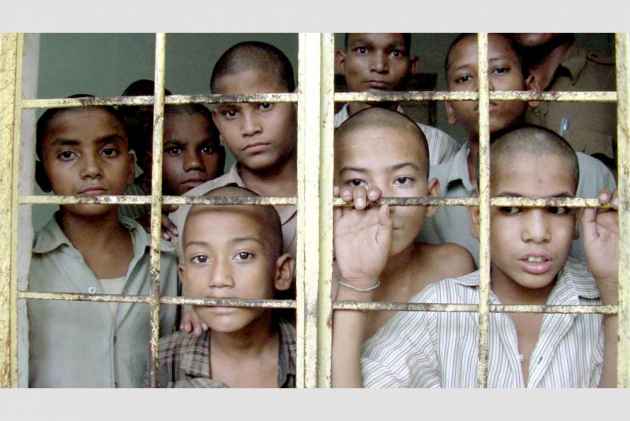 How many children run away from home every year in this country? We do not know and Governments do not really care. But the fact is that every day children are driven out of home because of hunger, poverty, ill-treatment, beatings, dysfunctional families or they are lured with the promise of a better future.

“One child goes missing every eight minutes or seven children every hour,” in this country noted the J.S. Verma committee set up after the ‘Nirbhaya’ rape case in December, 2012. But figures available with the National Crime Record Bureau (NCRB) were not satisfactory, were incomplete and compiled casually, the committee had then observed. In its report the committee had noted how the society, government and the Parliament had failed children. Laws spoke of protection, education, rehabilitation of children. In effect they continue to be exploited by everyone,  by the police, the Child Welfare Boards and the Child Care Homes set up by the Government ‘in partnership’ with NGOs and private bodies.

The three member Verma Committee had then visited one such ‘Home’ in Rohtak (Haryana) and discovered that the children were being sent out to work as construction workers. The better looking girls were sent out to ‘perform’ or to work as waitresses at weddings with the money they earned going into the pockets of the lady and her family which ran the Home. The lady, director the Home, would force girls to sleep naked by way of punishment and would often direct the girls to perform sexual acts while she watched.

Police in all this is complicit. Also complicit were the Deputy Commissioner, Judicial Magistrates, social workers and other officials from the departments of ‘Women and Child Development’ who ‘regularly’ inspected the Home as per the law. A vast number of these children, however, are left to fend for themselves. Governments have neither the means nor the will to help them. The children beg, borrow and steal to survive. They join gangs of criminals for protection and are often trafficked, forced to do ‘begar’ at the construction site of a policeman’s home . Some of them end up committing crimes, sometimes forced to kill for a living.

So, one more hastily enacted amendment in the Juvenile Justice Act may boost the sense of satisfaction of the WCD minister Maneka Gandhi or the eloquent Rajya Sabha MP, Derek O’Brien; but it is going to remain another scrap of paper that will make no difference to the lot of children abandoned by society and the state. What the new law will end up doing is give more coercive powers to the police and child welfare boards.  A 17-year-old delinquent from a well-off family will continue to be declared ‘under-age’ and given protection in lieu of money or other considerations while a 15-year-old delinquent, homeless and often abandoned by the family, will continue to be declared a 16 year old and sent to prison .

While the new Juvenile Justice Bill passed by the Rajya Sabha on Tuesday has been criticized by a section of Parliamentarians, legal experts and activists as arbitrary and unscientific, it is the reaction of two women which sum up the disgust each one of us must feel at the insensitivity of our MPs and their failure to address real issues.

Leslee Udwin, the British filmmaker whose documentary on ‘India’s Daughter’ was not allowed to be screened by the NDA Government, had interviewed the accused in the ‘Nirbhaya’ case extensively and should be in a far better position to talk about the case. If the Indian Parliament had any sense, it would have invited Udwin to address both the Houses, screened the film before debating the issue. But that is too much to expect from a politically divided Parliament that reposes its faith in an uninformed discussion instead.

“Udwin’s experience with other rapists has been different. None of the other rapists she had interviewed regretted his action, she told Ceylon Today. None attached any value to the victim she recalled. A person who had raped a five year old had said nonchalantly: “She was a beggar girl. Her life was of no value.” But the same rapists said that they would kill men who raped their sisters! They, like the rest of society, only think of their interests, not others. They don’t put themselves in others’ shoes before undertaking an action. “They have no empathy. They haven’t been taught empathy,” a report quotes her as saying.

She is categorical in stating, not just now but all along, that the juvenile accused in the ‘Nirbhaya’ case was not the most brutal as described repeatedly in the Indian media. She made a distinction between the juvenile, who was contrite and repentant, and the other four accused, who were not. What her film showed, she told an interviewer in Sri Lanka this week, was that these rapists were not the rotten apples in a barrel but that the barrel itself is rotten.

India’s social reality, the rotten barrel that Udwin refers to, was even more eloquently described in this anguished facebook post by another lady (VS), a journalist.  This is what she posted:

“A family I have come to know has two grown up daughters, well behaved and educated, and an adolescent  son,  who is a spoilt brat. I heard him use such abusive language, which I have never heard in my entire life. I could also hear him beating the girls. I wonder why the girls take it quietly. I had a good mind to report it to police, but I know the policemen must be treating their own women the same way-- and the family will protect their ladla, and I will become the bad woman for reporting such an innocent boy to the police! What will these girls do when abused by their in-laws, when they have learnt to be quiet before a much younger brother who is such a moron. One of the girls is perusing a course to become a CA. Their mother dotes on the boy. Where do we begin in gender related crimes? It’s so easy to demand lynching of a rapist we don’t know, but what do we do to these crimes- in- making we see all around us?”

A little less than two per cent of all recorded rapes and murders in this country are committed by juvenile delinquents between the age of 16 and 18. With almost half the population below the age of 18 and with rural distress and unemployment increasing, that  figure will soar. And  unfortunately the Juvenile Justice Act  or the fresh provisions cleared by the Rajya Sabha this week, do not equip us to handle the situation any better.  So the next generation of Indians seems destined to pay for the follies of our own.