Home  »  Website  »  National  » Reportage  »  We Have No Option But To Be Patient: High Court Tells Missing JNU Student Najeeb's Mother

We Have No Option But To Be Patient: High Court Tells Missing JNU Student Najeeb's Mother 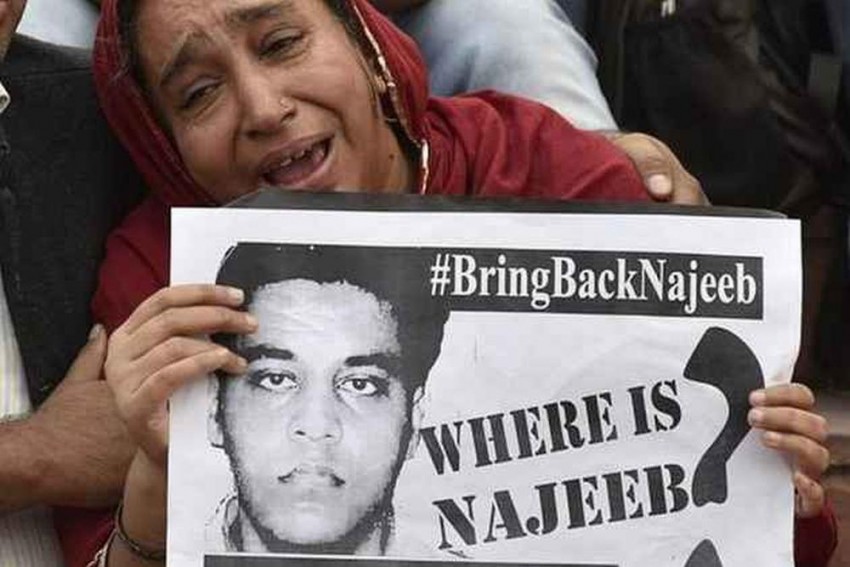 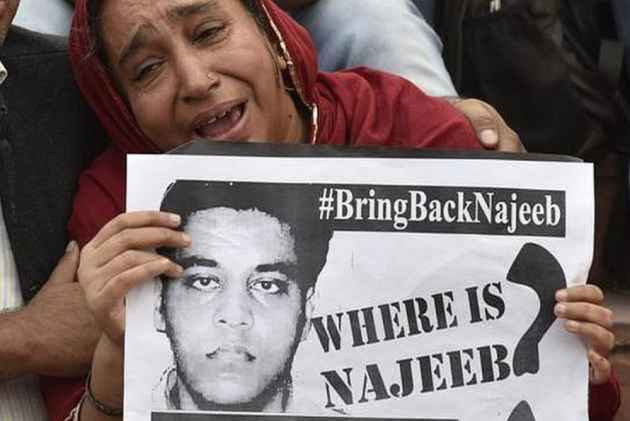 The Delhi High Court today stressed on maintaining patience regarding CBI's probe into the disappearance of JNU student Najeeb Ahmed even as his mother said the agency was not investigating whether the police had influenced witnesses.

Najeeb went missing from the Mahi-Mandvi hostel of the Jawaharlal Nehru University (JNU) on October 15 last year following a scuffle with some other students, allegedly affiliated to the Akhil Bharatiya Vidyarthi Parishad (ABVP), the previous night.

The high court had on May 16 handed over to the CBI the investigation into the disappearance of Najeeb, a student of M.Sc Biotechnology.

A bench of justices S Muralidhar and I S Mehta today said the status report filed by the CBI indicated the steps taken by it so far and it does not give any reason for the court to believe that the agency's efforts have slackened.

It also said that everyone should wait for the CFSL report of the mobiles phones seized from nine JNU students, who are suspects in the case, before drawing any conclusions about how the CBI was investigating.

"Let the CFSL report come. Let a cleared picture emerge. We have no option but to be patient. We are not getting the impression (from the status reports) that their (CBI) efforts have slackened," the bench said.

However, the advocate Pallavi Sharma, appearing for the mother -- Fatima Nafees -- said that according to the CBI's last status report, the auto driver who had allegedly taken Najeeb out from the varsity had been coerced by the Delhi Police to say that he had dropped him at Jamia Millia Islamia University.

She urged the court to ask the agency why it has not yet questioned the police team which was earlier investigating the case in view of the new lead that the auto driver was coerced into saying he taken Najeeb from JNU to Jamia.

She also claimed that CBI had assured Fatima that the nine suspected students would be interrogated in custody if they decline to give consent for a lie-detector test, but no such step has been taken by the agency.

Sharma told the bench that the nine students had before the trial court declined to give consent for a lie-detector test.

However, the bench, refrained from putting any questions to the CBI and instead said that "conclusions should not be drawn at this stage".

"Let us leave it to the CBI how they want to go about their investigation. We can only monitor. We cannot tell them how to investigate," it said.

The court directed the CBI to expedite the forensic analysis of the seized electronic devices and listed the matter for further hearing on February 27.

The CBI, during the hearing, said that it has not given up on tracing the student and every possible effort was being made and every protocol was being followed.

The CBI had earlier faced flak from the high court for its "complete lack of interest" and not showing any result in its probe into the disappearance of Najeeb, five months after being handed over the investigation.

Over a month after Najeeb went missing, his mother had moved the high court on November 25 last year, seeking directions to the police to trace her son.

However, as the police remained clueless about Najeeb's whereabouts even after seven months since he went missing, the probe was handed over to CBI on May 16.

Be Patient, CBI Is Probing The Case, Delhi High Court Tells Mother Of JNU Student Najeeb Missing For Over A Year