We Have Our Freedoms Restored, We Are Proud To Spell Our Name | By Harish Iyer

The colonial hangover of Section 377 is history. Our Supreme Court has read down not just the law but also has lowered our anxiety and the fear of a bleak tomorrow, writes Harish Iyer. 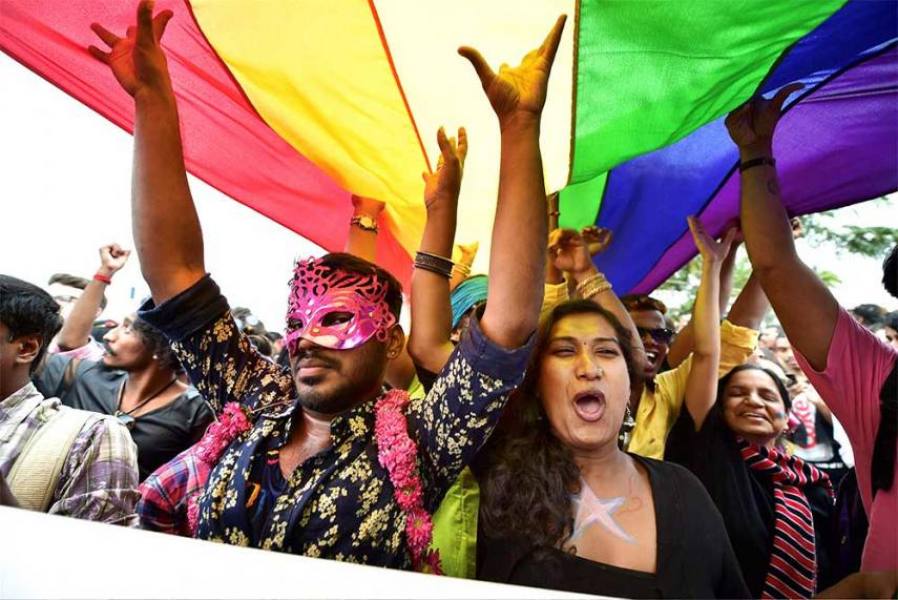 We are the unnaturals, the sex obsessed, the kink lovers, the overly dressed, the men with the bent wrist, the queer guys who give the flying kiss.  Today, we feel like owning every epithet you threw on us and thought we will cow down in shame. Because today, we have our freedoms restored and we are proud to spell out our name. We have won.

The colonial hangover of Section 377 is history. Our Supreme Court has read down not just the law, but also has lowered our anxiety and the fear of a bleak tomorrow. I am riding on a new wave of hope. I am seeing a new India where my identity is not crushed under the weight of colonial legacy. I suddenly see hope of a rainbow sky where every colour is treated at par with the other.  This is not only the victory for the LGBTIQ community, but also the victory of minorities. Remember the infamous line from the 2013 verdict of the Supreme Court? -  “minuscule minority”. With that one word, we were reduced to a number so small that it seemed we were undeserving of any dignity or rights. On the positive side, with just two words, it amalgamated the movement of all minorities. If we could be disregarded because of being a minority, then that casts a question on all minorities.

2013 was that year. 2018 is this. Today, the apex court has restored our faith in the judiciary. The five member jury, with this judgment, has affirmed that the rights of no citizen, either singly or as a part of a community is ever eligible to be disregarded because of the sexual orientation or gender identity. Our numbers don’t matter. This confirms that in our nation the majority doesn’t determine the lives of the minorities. And most importantly, it brings to the fore the fact that even if I am just one of a kind, the law of my land will respect my mankind.

This is not just the right to have consensual sex in private. We are left hoping for more. This is about the right to dignity and will pave the way for more discussions and debates and more laws that protect and provide for more measures for recognition of equal status in various fields. It will slowly, but steadily question authority and heteronormativity. It will eventually mark the beginning of the end of cis gendered heteronormative hegemony and pave the way for equality not just  in true spirit but also in policy and action.

There is a long road ahead. We have now embarked on a journey riding on the success granted to us by the apex court of our nation. We however cannot afford being complacent. If the Delhi High Court verdict of 2009 and subsequent verdict of the Supreme Court of 2013 has taught us anything, it is definitely the lesson that our freedoms could be taken away anytime and our fight for equality is an ongoing one. Minorities will remain minorities, we will have to be clear and loud and keep at our mission. We cannot rest. We should not rest.

But celebrate we must. This day will be remembered in history as the day we realised that we may be a “so called” “minuscule minority”, but we are a formidable force. A force democracy cannot afford to ignore.

(Harish Iyer is an equal rights activist who campaigns for the LGBTIQ ­community, women, animals and ­survivors of child sexual abuse.)