We Must Cultivate The Idea Of Tolerance, Acceptance: Former CJI Dipak Misra

Justice Misra, said the constitutional sovereignty was supreme and India has a robust independent judiciary which is governed by rule of law. 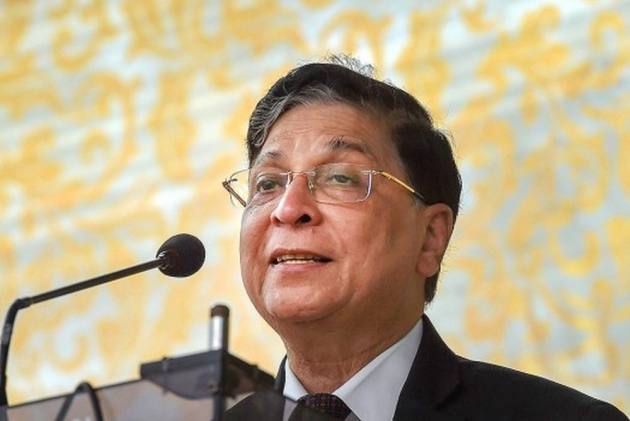 Former Chief Justice of India Dipak Misra, who headed the benches that delivered a series of judgements on important issues including the criminalisation of politics, adultery, homosexuality, lynching and Sabarimala temple, said on Friday that an individual cannot be bereft of the idea of constitutional morality.

Justice Misra, in his address at a leadership summit hosted by Hindustan Times, said the constitutional sovereignty was supreme and India has a robust independent judiciary which is governed by rule of law.

Speaking on the apex court allowing the entry of women of all ages into the Sabarimala temple, he said: "We introduced the concept of constitutional morality and we have said that this morality is one which is evolved by the Constitution.

"I am happy that I am described as warrior of gender justice. You cannot keep the women of a particular religion out of a temple. Women have to be respected and she is equal partner of a man in life."

Therefore, he added, "you cannot keep women away (from the temple)".

Justice Misra, who headed the bench which recommended that Parliament enact law on lynching, questioned how a man or a group do moral policing and urged the society to "cultivate the idea of tolerance and respecting the views of others".

He said: "How can a man do moral policing, we have a rule of law, we have a robust, independent judiciary and robust sense of rule of law... In lynching, an individual begins to harbour the attitude to take law into their hands, becoming law into themselves, it is in the backdrop of the idea of tolerance which we must cultivate.

"We must cultivate the idea of tolerance, the idea of acceptance , the idea of respecting others' views, unless we do that we are violating the rule of law and Constitutional morality."

Stressing on the need of separation of powers by different wings of the State, Justice Misra said courts do no legislate and it was for the Legislature to frame laws.

He said that as a citizen of India, no one should feel that the constitution is alien to him nor should he ever feel that he is not a part of it.

He mentioned his judgement on Homosexuality and said, "Identity is divinity. Unless you accept this, you lose your divinity endowed by the divinity itself." Quoting German thinker, Johann Wolfgang von Goethe he said, "I am what I am, so take me as I am".

The former apex court judge said that nobody should treat the Constitution as an alien and a citizen cannot be bereft of this concept.