Amit Shah claimed that casteism, dynasty and appeasement were almost eliminated from politics in the 2014 Lok Sabha polls but the three cancers were again coming to the fore in Indian politics. 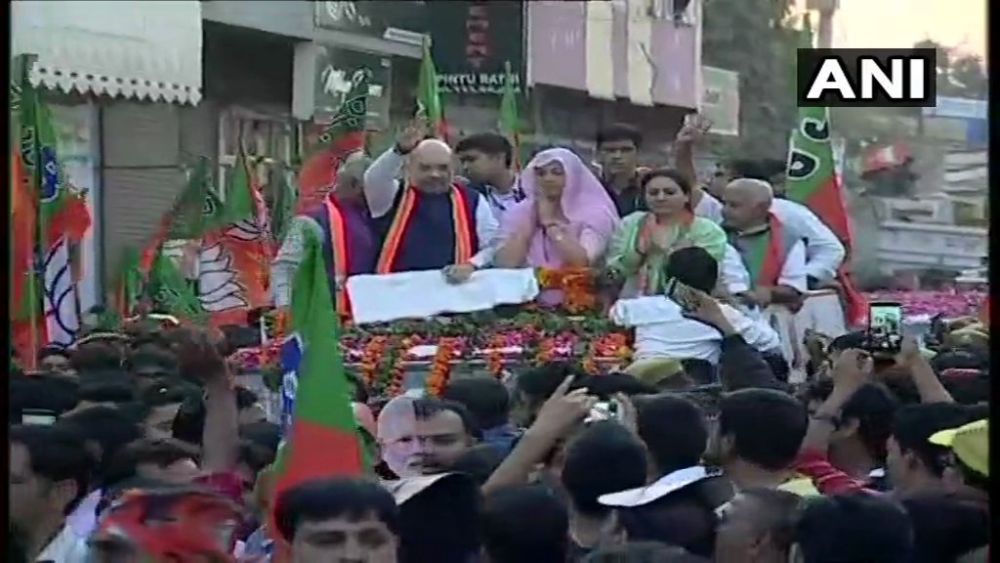 Accusing the Congress of practising dynasty politics, BJP President Amit Shah on Wednesday said a party which has no internal democracy cannot save democracy in the country.

Interacting with youth workers, he also dismissed Congress' efforts to forge a grand alliance for the 2019 Lok Sabha polls and claimed that BJP would again form a government at the Centre with a better majority than it got in 2014.

He was referring to a purported video that had surfaced in social media in which a Congress worker was seen stopped from raising "Bharat Mata Ki Jai" slogan during the filing of nomination papers by one of the Congress candidates in Rajasthan Assembly polls.

Shah said that as long as dynasty politics was there in country, youth with potentials can never get an opportunity.

"But in BJP the situation is different where a tea seller can become Prime Minister and a small worker like me can become President of the party. Will it be ever possible in Congress. Unless you belong to a family, you cannot move ahead. Talent and potential do not matter. The party which has no internal democracy, how can it save democracy in the country," he said amidst chants of "Bharat Mata Ki Jai".

Shah claimed that casteism, dynasty and appeasement were almost eliminated from politics in the 2014 Lok Sabha polls but the three cancers were again coming to the fore in Indian politics.

"The election of 2018 and 2019 are against these three which can't be won without support of the youth power," he said.

He said the efforts to forge a grand alliance was "nothing but a deception".

"Even if there is a Mahagathbandhan against us, we will form the government in 2019 with a better majority than in 2014," he claimed.

Taking a jibe at Congress President Rahul Gandhi, he said that these days the opposition party leader was talking about love and affection.

"Some NGO has given Rahul Baba the sentence that he believes in love. Go though the history of Congress. They did not allow former Prime Minister P. V. Narasimha Rao's body to enter the Congress headquarters. His family members were forced to perform the last rites in Hyderabad.

"Former Congress President Sitaram Kesri was thrown out of Congress headquarters to pave the way for Sonia Gandhi. On the other side, when former Prime Minister Atal Bihari Vajpayee died, the entire BJP paid him highest regard. This is called 'sanskaar'. Those who took all steps to insult their senior leaders, the word love does not sound good from their mouths," Shah said.

Referring to terrorism, he said that the Modi government has adopted "zero tolerance" policy against terrorism and due to which country's internal security has been strengthened. "The BJP does not practise appeasement politics unlike Congress," he said.

Responding to a query about problems being faced by business and small industries due to hasty implementation of GST, Shah acknowledged that there were initial troubles but the decision was taken in the country's interest.