Why Is Leh Asking For Sikkim-Type Legislature For Ladakh?

Could be a step towards asking for statehood, say politicians and experts. 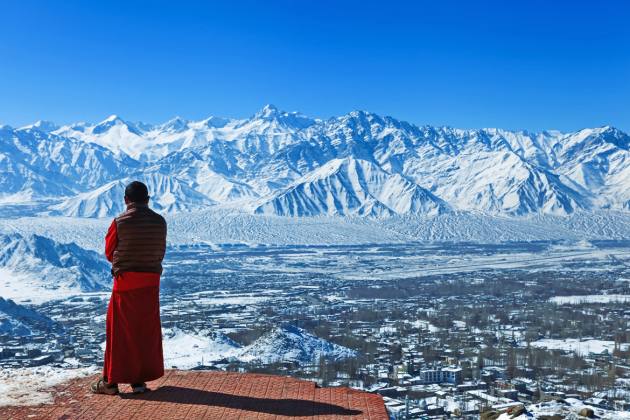 After the Apex Committee of the Peoples Movement of Ladakh asked for a Sikkim-type 30-seat legislature for the Union Territory and state subject instead of domicile certificate, politicians and experts have opined that the region is almost seeking statehood for Ladakh now.

The committee, according to the sources, is giving finishing touches to the document before presenting it to the home ministry panel. The Apex Committee headed by former MP Thupstan Chhewang is holding talks with the Union home ministry-led panel, which is headed by the minister of state for home GK Reddy for extending the Sixth Schedule of the Constitution to Ladakh. Now they have added more demands to it as the talks are progressing.

Ladakhi leaders have welcomed fresh demands from the Apex Committee.

“I am absolutely in favor of the recommendations,” said Konchok Stazin, an Independent councilor from the border constituency of Chushul.

“It's not wrong in demanding a legislative Assembly like Sikkim, after all, Ladakh is big and strategically very important, sharing two international borders China and Pakistan, for more development and security Ladakh has to have UT with Legislative Assembly. Shri Thupstan Chhewang is like the father of Ladakh, he will always speak for the betterment of Ladakh. Only he can show the right path,” he said.

Co-chairman of Kargil Democratic Alliance Asgar Ali Karbalai told Outlook that Kargil Democratic Alliance would continue to ask for full statehood for Ladakh. “If other smaller Union Territories have been elevated to statehood, Ladakh has a stronger case for separate full statehood," he said. “If the Apex Committee is demanding full Sikkim-pattern legislature, it is akin to statehood. That means they are asking for full statehood though they are not using the word,” Karbalai said. “I think they are now realizing what they have lost after the abrogation of Article 370 and that is why they are asking for the state subject laws instead of domicile certificate. All these rights they had in the erstwhile state of Jammu and Kashmir,” he said. He said it was unfortunate they didn’t realize the consequences of abrogation of Article 370 and dismembering of J&K state and instead celebrated it.

Karbali said BJP and others celebrated abrogation of Article 370 but only after nine months, the BJP-led LAHDC Leh’s executive council was seen protesting outside Lt. Governor’s house for three hours. “After three hours, a small-time officer of the commissioner secretary’s rank came out and assured the LAHDC that their issues will be resolved. Thus, within nine months the people of Leh realised that the Union Territory cannot be a solution. Later they came up with demands of the Sixth Schedule and now it is a Sikkim-type legislature. Soon they will ask for separate and full statehood and that is the only way through which the unique cultural identity of Ladakh can be preserved,” Karbalai said.

Ahead of the last year’s Ladakh Autonomous Hill Development Council, Leh polls, prominent political leaders, political parties including the BJP and religious monks from the region formed the Peoples Movement of Ladakh demanding constitutional safeguards for locals of the region under the Sixth Schedule of the Constitution. The apex body of the Peoples Movement of Ladakh is headed by former MP Thupstan Chhewang.

Under Article 370, Jammu and Kashmir had a separate constitution and also Article 35A prohibited people from outside from buying a property in Jammu and Kashmir and ensured job reservation for residents. More than Article 370, people were particular about Article 35A of the Constitution. Article 35A would empower the government of J&K to define a class of persons as constituting “permanent residents” of the erstwhile state, who would be given state subjects. Now the Apex Committee is also asking for state subject instead of domicile certificate.

The domicile law has no time bar indicating that anyone appearing in class 10 or 12 in any period of time since 1947 is eligible for being a domicile. Political parties in Kashmir have been calling it a move to change the demography of Jammu and Kashmir. The Apex Committee has rejected any domicile certificate on the pattern of Jammu and Kashmir for Ladakh.