In Nagaland's Oting, the graves of the 13 men who were killed on December 4, bear the stories of their lives. 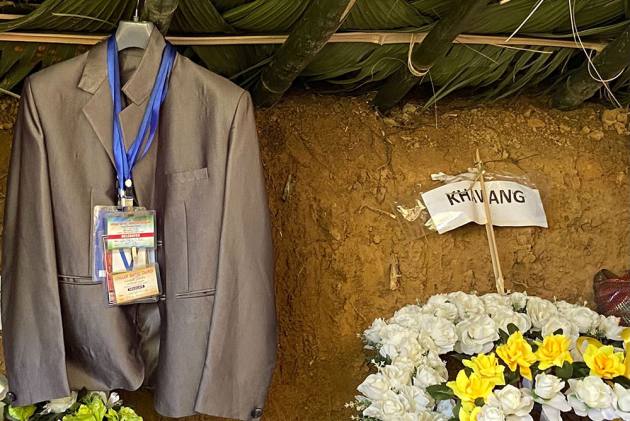 When you enter Oting on top of a mountain, a white banner awaits. It says “welcome home our beloved brothers” and that sets the narrative of grief in this small village.

At the village cemetery, there are no plinths yet. It is too early. It has only been nine days since the deaths. A structure stands. It is bigger than the others. Like a hut with thatched roofs held together with bamboo poles. Inside, there are thirteen graves. Of those who were killed in an ambush and its aftermath on December 4 near Oting village in Mon district in eastern Nagaland.

Alongside and on top of the graves, there are various things. Perhaps the dead loved those or they are just offerings by the family and the villagers. One had a wedding suit even. The man had been married only nine days. His widow Monlong hung the suit at the grave of Hokup. Hokup was one of the miners. He was killed later that evening when he went to look for his friends after they heard the gunshots. He had been at the Tiru mines then. That Saturday, he would have come home like the rest and would have attended church on Sunday. 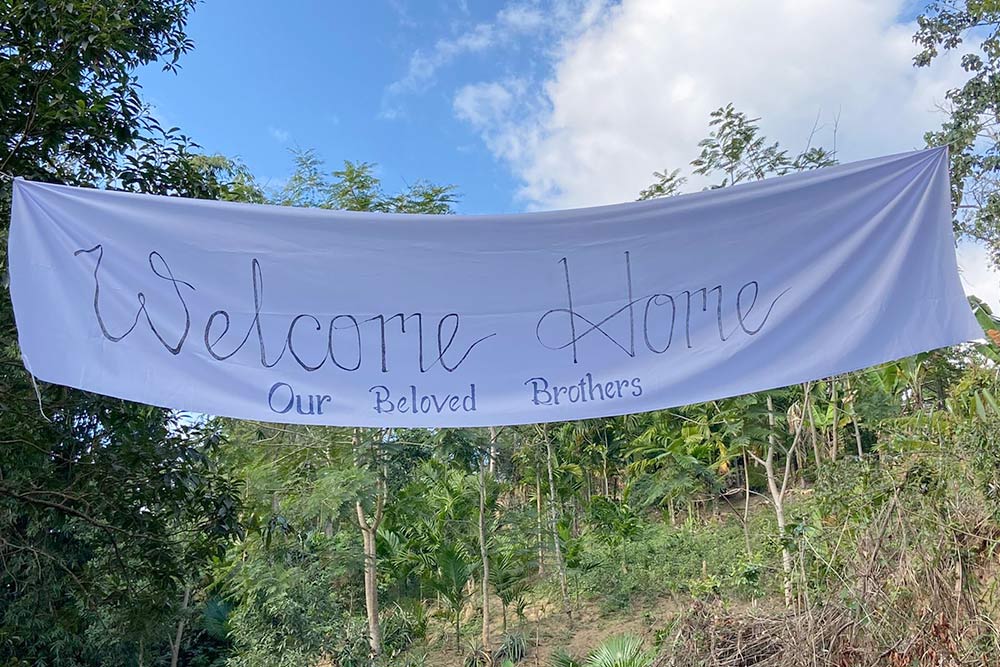 Outside, a huge banner with messages was hung. As a tribute. As an expression of anger, of loss and of grief. It called for the repeal of Armed Forces Special Powers Act (AFSPA), 1958 from the state after the incident in Mon district in which 13 civilians were gunned down by security forces. It said Naga people didn’t want bloodshed. It said the dead cannot cry for justice so the living should ask for justice for them.

The plastic wreaths in pink and white and lavender colored flowers covered the 12 graves. Perhaps plastic endures. This would be a test for their endurance. The seven days of mourning ended on Monday. There are black flags everywhere. Until justice is done, black flags will flutter in the wind.

No Christmas buntings were sighted in Oting. No stars were hung. No fairy lights lit up the cold nights here. 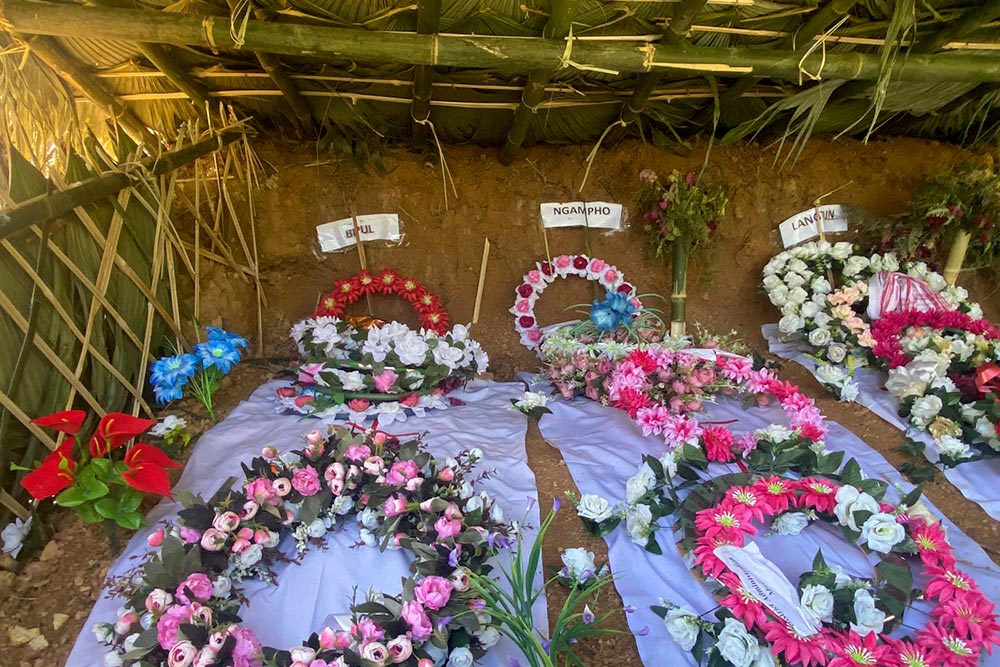 They say the miners in the pickup truck were singing Christmas songs as they made their way home and were killed not very far from the open cast mines where they worked for a pittance. Most of them were poor. One had a child two months ago.

A mother said she didn’t know what there was to say. Bipul was young and her only support, she said. 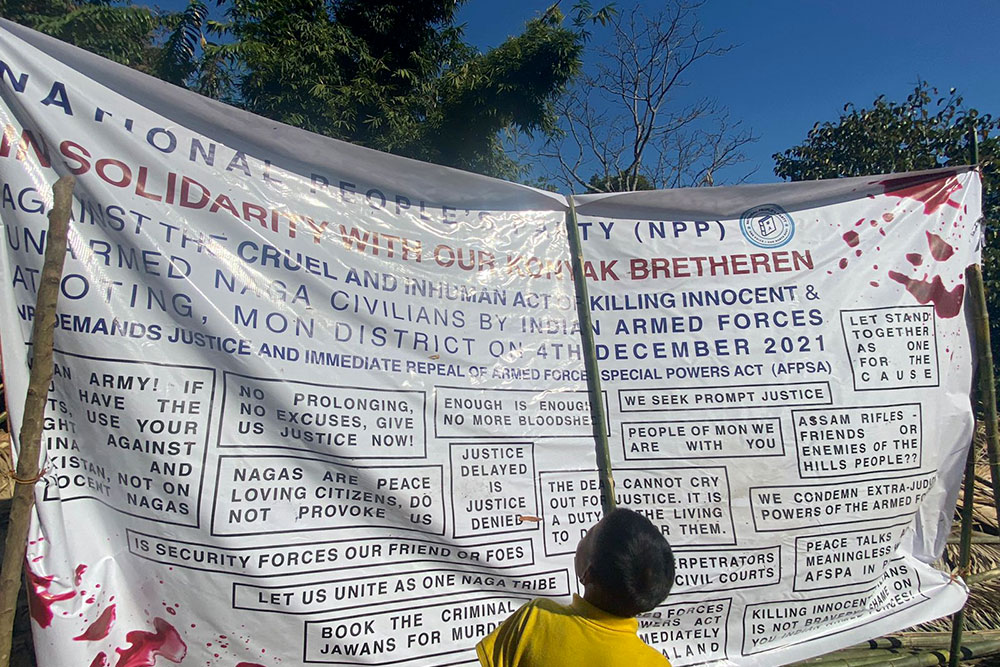 Thirteen were laid to rest in the village cemetery after the funeral in Mon.

Their graves are in a row. The people said they would call it the “Oting Massacre” and always remember the evening when their people were killed.

On the graves, there were simple tributes. A bar of chocolate, Maggi noodles packets, a muffler, a pair of socks, wafers and cloth bags with the motifs of the Konyak tribe. A lot of flowers, too. The ones that will endure the winter. In this harsh place, the plastic flowers will survive. And so will their memory of the killings. The graves are holders of stories. Like that black wedding suit. Bought in Dimapur for the occasion. The white lace and satin wedding gown the bride wore is packed away in a steel trunk. Their photos are testimony of that life. The suit, she said, she couldn’t bear to keep.