Went For Speech Therapy After People Said I Sound Like A Girl: Karan Johar

Karan Johar says it is problematic when people start putting things in boxes and use phrases like "don't cry like a girl" or "be a man". 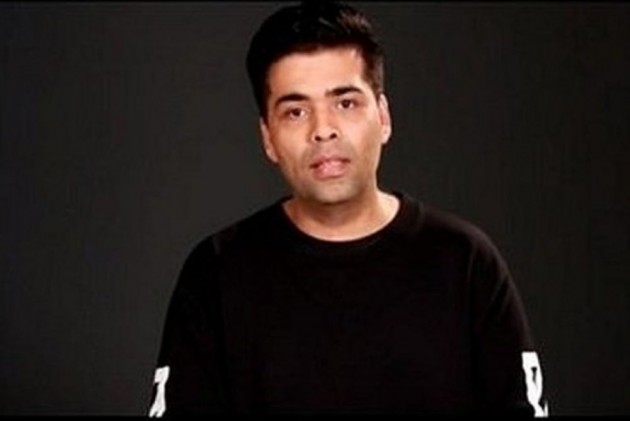 Filmmaker Karan Johar says growing up he was tormented at one point that he thought of adding a baritone to his voice because people said he sounded like a girl and was called "pansy".

Johar said it is problematic when people start putting things in boxes and use phrases like "don't cry like a girl" or "be a man."

"Masculinity or femininity is being comfortable in your skin. You would not put things in boxes. Like I would not tell my child to not cry like a girl. That's ridiculous. If he wants to cry, he should cry. I wouldn't tell him, 'Don't walk or dance like a girl.'

"I was told these things in my school, by my teachers. They are all stuck in boxes. You are meant to be in a certain way. I have been tormented to a point where I went to a speech therapist to change my voice, to bring a baritone," the director said.

Johar was in conversation with journalist Barkha Dutt at We The Women event on Sunday.

The "Ae Dil Hai Mushkil" director said he was 15-year-old when he went to the speech therapist as he was in that "awkward age" and his voice was "squeaky".

"Everybody would say, 'You sound like a girl.' I heard that like a million times and I told the therapist, 'Can you make me sound like a boy?' It was not fun. I did it for three years. This gentleman gave me voice exercises. It was embarrassing and torturous.

"I used to tell my father that I was going to a tuition class because I did not want to say I was going to 'become a man.' I should not have been put through that. If I was sounding a certain way, it should have been okay," he added.

Karan recalled how his parents never thought he was doing anything wrong when he used to imitate steps of female actors while dancing but was laughed upon by others.

"I went and saw 'Sargam' as an 8-year-old and became obsessed with the song 'Dafli Waale'. I would play the song at home and do Jaya Pradha's steps and not Rishi Kapoor's. My father used to ask me to perform and I used to dance like Jaya Pradha was dancing and he somehow never found it strange.

"No one said I was doing something wrong. But when I went down to the compound of my building or met seniors at the school, all the kids who were not from your domain would make fun of you. That's when I started developing an aversion to the word pansy... It scared me," he added.

The director says it reached a point where he stopped taking part in sports at school as every time he ran or even walked, kids used to mock him.

"My hand and feet would move very differently from other boys. I would run funny and I stopped taking part in any sport as a result of it. Because every time I ran, everybody would laugh. Every time I spoke, people laughed as I had a squeaky voice.