West Asia On The Brink Of An Abyss

Developments during the last month have significantly changed the security scenario across West Asia and portend a prolonged period of competition and conflict in a thoroughly transformed regional order. 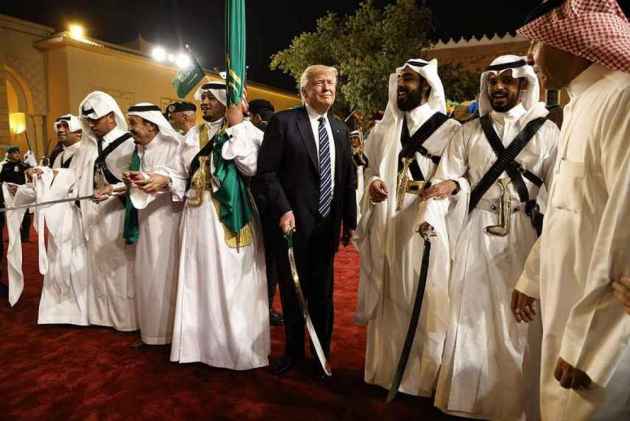 At the end of May, President Donald Trump came to Riyadh on his first foreign trip as president and cemented a strong political and military relationship with Saudi Arabia and the “Sunni” military alliance being shaped by it. Even before his arrival, Trump had overturned Obama’s reluctance to engage militarily in the region by initiating bombing campaigns in Mosul, Syria, Yemen and Afghanistan. These interventions have taken place alongside an active US role in mobilising, arming, training and backing armed forces that are attacking ISIS strongholds in Mosul and Raqqa and making territorial gains in Syria at the expense of the Assad regime. 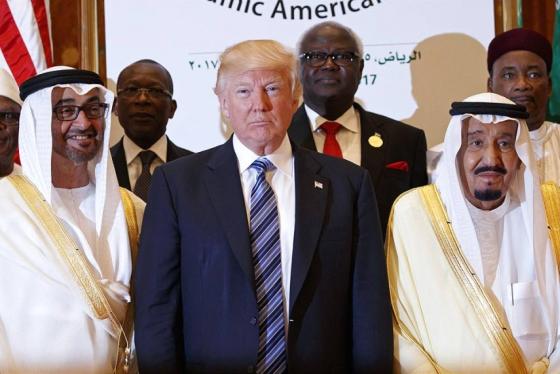 The US alliance with Saudi Arabia emboldened the kingdom to strongly confront Qatar and seek to overturn its entrenched positions that have contradicted crucial Saudi postures: its Al Jazeera television network has provided a congenial home to Arab critics of the monarchical order in the Gulf Cooperation Council (GCC) countries. The emirate has also backed the Muslim Brotherhood and its various affiliates, and was a major supporter of the Brotherhood regime in Cairo.

Above all, Qatar has maintained close ties with Iran and has advocated engagement with the Islamic Republic as an Islamic nation and a major regional power, thus questioning the kingdom’s sectarian competition with Iran and the coalition being mobilised by it to check Iran’s “hegemony”. It has now been subject to nearly two weeks of diplomatic, economic and communications embargo, put in place by Saudi Arabia, with the backing of Bahrain, the UAE and Egypt. 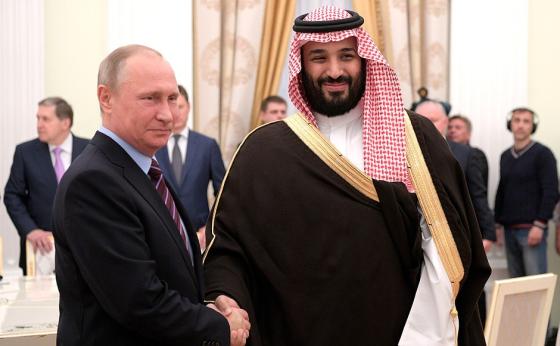 The close ties that the kingdom’s deputy crown prince, Mohammed bin Salman has established with the Trump administration led to a shake-up in the royal succession in Saudi Arabia, the ouster of the crown prince, Mohammed bin Naif, and facilitated his replacement by his deputy. Mohammed bin Salman, who already controlled the country’s armed forces and its economic and energy sectors, now enjoys full powers and is poised to become king in the near future and lead his nation for half a century.

Already criticised for his impulsiveness and adventurism and for his country’s stalemated war effort in Yemen and Syria, the young crown prince’s first act after his elevation was to present Qatar with 13 conditions to be fulfilled before the embargoes are removed. These range from shutting down Al Jazeera to removal of opposition figures, submission of details of funding of extremist organisations, closure of the Turkish military base, curtailment of ties with Iran, and acceptance of “monitoring” of its conduct over a ten-year period by an independent body.

Though not plainly articulated, there are reports circulating in the region of disgruntled royal family members being mobilised to effect regime change if the emir, Sheikh Tamim bin Hamad Al Thani, continues on his obdurate and recalcitrant ways.

The Saudi-US alliance and the confrontations with Qatar and Iran are likely to have four consequences.

One, regional alliances could be upended: already, Turkey, the region’s major Sunni country, and Iran, the kingdom’s strategic and doctrinal rival, have rushed to Qatar’s aid, providing essential supplies. Iran has also opened its ports to ships bound for Qatar, while Turkey has sent troops, pledging to defend the regime, more likely from an internal coup d’etat than an external attack. A new regional alliance of these countries could emerge to challenge the kingdom’s game-plan for the region, possibly in association with Russia.

Two, the pressures on Qatar could cause a deep fracture within the GCC from which this grouping may not recover. The GCC has always been beset with internal competitions and policy differences, but these were generally papered over and a united front was projected.

With Saudi Arabia adopting tough positions against Iran and the Brotherhood since the advent of the Arab Spring, GCC unity has proved even more difficult to sustain: Qatar, Oman and Kuwait have been uncomfortable with both confrontations, as also the sectarian construct that the kingdom has adopted to shape its competition with Iran. The kingdom’s uncompromising posture on Qatar suggests that intra-GCC divisions will deepen and the institution will in time wither away into irrelevance.

Three, the breakdown of the GCC could be replaced, in time, with a stronger affiliation between Israel and the kingdom and its core allies, so that West Asia will see an Israeli-“Sunni Arab” coalition confronting Iran. This is the plan that Trump has sold to the kingdom as the price for his backing of the Saudi regional agenda. This will have tectonic implications for the region, far more severe than Sadaat’s Camp David accord and the withdrawal of Egypt from the Arab coalition supporting the rights of the Palestinian people.

The Trump plan calls for Arab normalisation of ties with Israel, after which Israel will consider participation in the peace process and the fulfilment of Palestinian aspirations. Hardly any observer believes that Israel, already engaged with the major Arab countries, will address the Palestinian issue with any degree of seriousness.

Four, Saudi-Iran ties will deteriorate. Unnamed GCC officials have already been briefing the region’s commentators about plans to promote unrest in Iran through the country’s Sunni minorities – Arab, Kurd, Turcoman and Baluchi. While this may be bravado and wishful thinking, given the charged atmosphere generated by proxy wars in Syria and Yemen and the sectarian rhetoric, such talk will certainly feed Iranian paranoia.

Not surprisingly, some important Iranian leaders have held the kingdom responsible for the attack by ISIS-affiliated militants earlier this month on its iconic monuments, the national assembly and the mausoleum of Ayatollah Khomeini. The attackers are believed to be Iranian Sunnis from its Kurdish region. 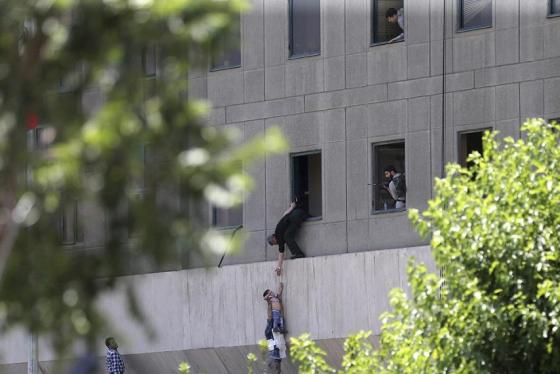 Worryingly, some skirmishes are already taking place between the two Islamic neighbours in the Gulf waters. On 19 June, Saudi Arabia said that its navy had seized an explosives-laden boat and three members of Iran’s Islamic Revolutionary Guard Corps (IRGC) who were allegedly planning to blow up a Saudi offshore oil drilling rig. A few days earlier, Iranian sources had accused the kingdom of attacking its “fishing boats”. Now, given Mohammed bin Salman’s strong anti-Iran stance and his framing of rivalry with Iran in strident sectarian terms, the Islamic Republic is bound to view his elevation as crown prince with deep concern.

The prince’s visceral hostility for Iran finds a welcome resonance in the Trump presidency. In fact, the US administration has expanded its military role in Syria, Iraq and Yemen largely to limit and overturn Iran’s regional influence. However, on the Qatar issue the signals from the US are ambivalent: while Trump had initially criticised Qatar as a “state sponsor of terrorism”, he has moderated his views since then, while his secretary of state has questioned the harsh conditions submitted to Qatar and called for GCC unity.

The US defence department has formally thanked Qatar for hosting the Al Udeid base and other US facilities and has conducted naval exercises with the beleaguered state. The US administration seems to be in disarray in regard to its policies in West Asia. Fareed Zakaria has recently noted: “Put simply, the United States is stumbling into another decade of war in the greater Middle East. And this next decade of conflict might prove to be even more destabilizing than the last one.”

West Asia presents the picture of regional rivalries marked by bloody conflicts and wanton destruction motivated by sectarian animosities, nations abandoning accommodation in favour of maximalist agendas and setting up opportunistic alliances for short-term advantages, and the flow of hi-tech and lethal weaponry. Presiding over this is the Trump administration that has itself forsaken moderation and sees its national interests served best by recourse to arms sales and robust military interventions.

West Asia is poised for war that will be ferocious, destructive, and ultimately inconclusive and futile.