The incident is said to have occurred at Debli on GT Road under Govindpur police station around 22 km away from district headquarters at about 2 am on Friday. 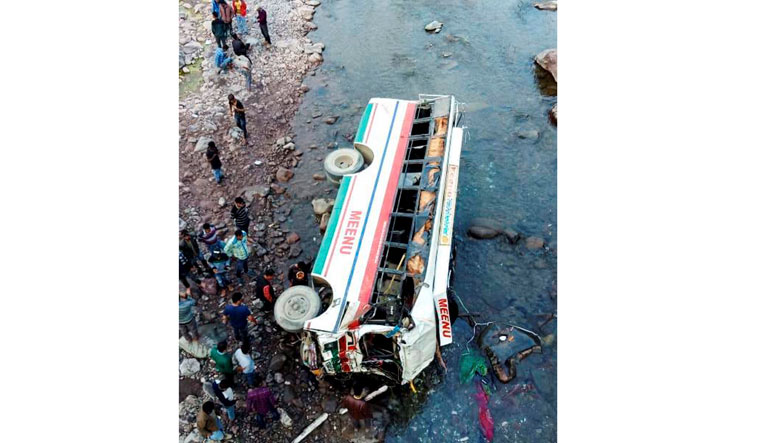 In a tragic incident, at least a dozen pilgrims including women were injured as a West Bengal-bound bus carrying them fell into a ditch in Jharkhand's Dhanbad district on Friday, police said.

The pilgrims were on their way back to  West Bengal from Baranasi after about a week-long tour to Ayodhya, Vrindavan and Varanasi.

According to the officials, the incident is said to have occurred at Debli on GT Road under Govindpur police station around 22 km away from district headquarters at about 2 am on Friday.

"After first aid doctors released them. Now arrangement is being made to send them to Nadia district", said Govindpur police station officer-in-charge Umesh Prasad Singh.

The bus was carrying 68 pilgrims and was returning to Nadia district of West Bengal from Varanasi when the incident occurred, he said.

The residents of nearby villages rushed to the spot after hearing screams.

The driver of the bus escaped from the spot after the mishap, police said.

Sources said the bus driver had tried to speed away the vehicle to skip paying donation for Durga Puja by organisers of a puja committe at Govindpur market.

Govindpur police which reached the spot said it is probing the incident.