A key accused in the case in Jalpaiguri, Chandana Chakraborty, had been arrested earlier who, in her testimony, alleged that Chowdhury had met BJP leaders. 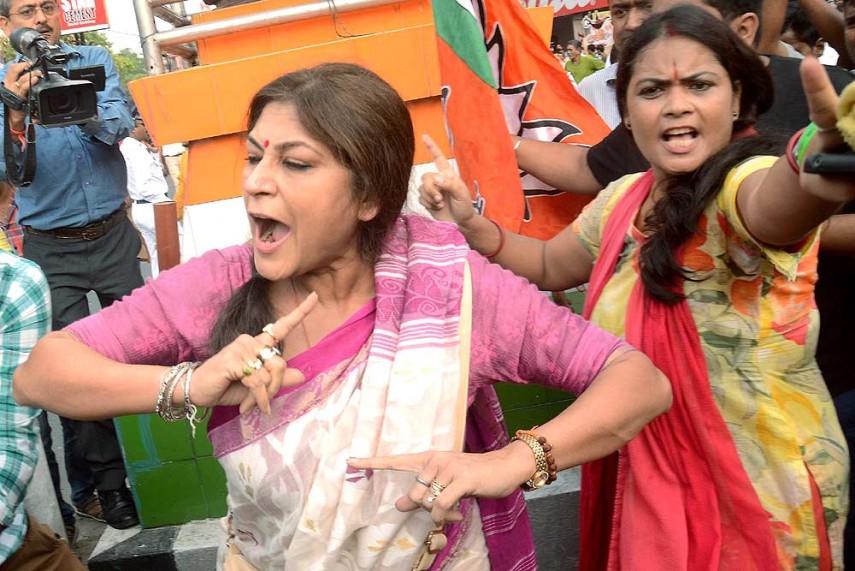 In another allegation that is bound to mar the reputation of Bharatiya Janta Party (BJP), the Party's Mahila Morcha leader Juhi Chowdhury has been booked in child trafficking case.
She was arrested by the CID officials from Batasi area of Darjeeling district on Tuesday night, reported The Indian Express. A key accused in the case in Jalpaiguri, Chandana Chakraborty, had been arrested earlier who, in her testimony, alleged that Chowdhury had met BJP leader Kailash Vijayvargiya and MP Roopa Ganguly in connection with the racket.
Ganguly and Vijayvargiya, though, have denied the allegations. Vijayvargiya accused the Kolkata police of 'being controlled by Trinamool Congress'. "They have already targeted our party leaders Joyprakash Majumdar and Sishir Bajoria. Now they are conspiring against me," he said to The Hindu.
Whereas, Ganguly embarrassed the state leadership and said it was the state presidnet who 'advised' her to make Juhi Chowdhury the general secretary of its women's wing.
Earlier this year in February this matter came to the light when investigations into three homes-Bimala Sishu Griho, Ashroy Short Stay Home and North Bengal People’s Development Committee — had led to the arrest of Chakraborty and her associate Sonali Mondal for reportedly selling babies to France, US, Singapore and Spain.