The West Bengal Assembly had on Tuesday passed a resolution against the Centre's decision to extend BSF"s jurisdiction from 15 km to 50 km from the international border, amid opposition by BJP legislators. 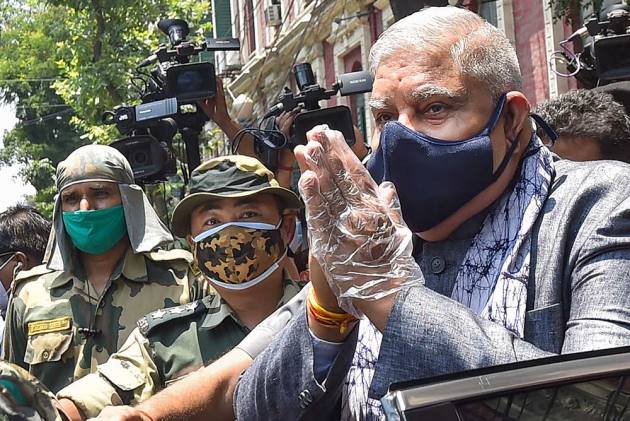 On Friday, West Bengal Governor Jagdeep Dhankhar sought details of Assembly proceedings during the recent passage of a resolution opposing the Centre's move to extend BSF jurisdiction as well as a privilege motion against CBI and ED officials. The governor took to Twitter to share the letter he has written to Speaker Biman Banerjee.

"Proceedings of the last session of the West Bengal Legislative Assembly be secured with particular reference to the resolution moved by Partha Chatterjee, State Parliamentary Affairs Minister, under Rule 169 of the Procedures of Conduct of business of the House and passed by the Assembly as regards extension of jurisdiction of the BSF, and the Breach of Privilege and Contempt Motion moved by Tapas Roy on November 17 (sic)," Dhankhar wrote to the Speaker.

He stated that Assembly proceedings were sought on earlier occasions, too, but they were not made available to him. Such state of affairs is "unacceptable and “unconstitutional", the governor pointed out. "A directive needs to be imparted that the proceedings sought earlier may also be made available now to this office at the earliest," he said in the letter.

The West Bengal Assembly had on Tuesday passed a resolution against the Centre's decision to extend BSF"s jurisdiction from 15 km to 50 km from the international border, amid opposition by BJP legislators. A day later, a privilege motion was moved and passed in the House against two officials of the CBI and ED for allegedly lowering the dignity of the Speaker's chair while arresting three TMC MLAs in connection with the Narada sting operation case without prior intimation to the Speaker.