Why Is West Bengal Panchayat Election Important And Why Is It Turning Violent? 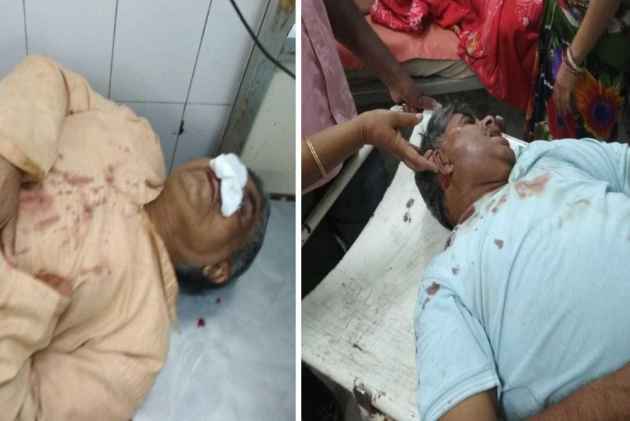 Violence was reported from various parts of West Bengal, as the polling for the single phase panchayat elections is underway on Monday. Within less than two hours after the polling began, the State Election Commission has received complains of violence from at least four districts from different parts the state and has asked the police to take action, SEC officials said.

As many as 20 people were injured in fresh clashes which broke out between two groups here in Cooch Behar.
The panchayat vote, which was in the news for prolonged court-battles and violence, are crucial for Mamata Banerjee’s ruling Trinamool Congress, rising force in the state BJP, erstwhile ruling parties CPI(M) and Congress ahead of the 2019 Lok Sabha Elections.
Here's why Bengal panchayat elections is important and why is it turning violent:
* The key importance of this year's rural elections lies in the attempt by emerging political parties in the state to come into power. These parties include the BJP and also, if a less significant threat, is the Left which has decided on leaving itself open to working together with the Congress.
*Indeed the violence which the panchayat polls of 2018 have been marked by since the nomination stage is related, according to the BJP, due to the fear of opposition capturing power.
* "The violence in the state is unprecedented," Chandra Kumar Bose, BJP leader, told Outlook.
* The Left has reiterated that during the long three and a half decade rule, the state has not seen such violence. "The ruling party has declared the dangerous notion of Opposition-free Panchayat," CPIM leader Mohammaded  Selim told Outlook. "And the bloodshed is the reflection of these," He further added.
* "Democracy is under threat in this state," Congress leader Om Prakash Mishra told Outlook.
The counting will take place on May 17. The three-tier polls are spread across over 58,000 seats most of which have been reportedly won by TMC without any contest.
(With agency inputs)