'What I Said Is For Betterment Of Our Own Party'

The JD(U) general secretary says his intention in criticising Nitish Kumar was to strengthen, and not weaken, the party. 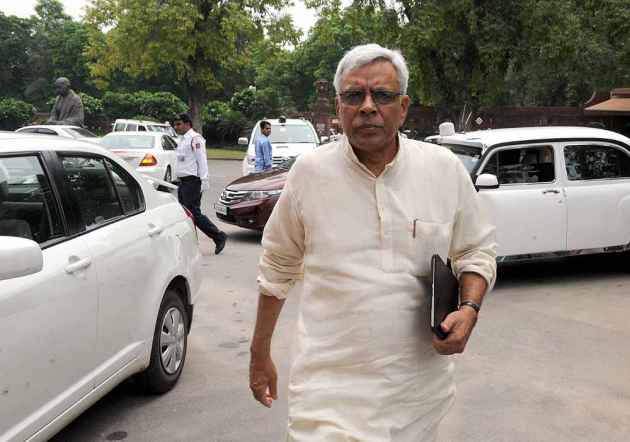 You are the voice of dissent in your party, JD (U) now.

(Laughs) No, it’s not only about my party. ‘Mogambos’ are in every party. If we are a democratic and socialist party, we should listen to the disagreements. We should be more open to criticism and to our workers. This helps the party move in a better direction.

Don’t you think that the timing for speaking out was politically incorrect?

I don’t think so. Where else one can raise these issues if not in the party’s chintan shivir? What else could be a better platform? I didn’t say all this in public meetings or anywhere else. More than three thousand party workers were present there. Even in our worst days, we used to have three-day sessions. But now it’s a day-long event. People speak from the stage, but what about dissent? Where is the opportunity to get feedback from workers?

Our leaders said that there should be more space for speaking out and less free hand for work; accountability is important. But nowa days what we see is opposite to what we should have learnt from our leaders.

You are indicating the over-intervention of bureaucracy in the Nitish-led government. You have already attacked him directly.

I don’t have anything against anyone personally. If there is something wrong, why should I not speak about it? What I said is for betterment of our own party. The sooner we realize it, the stronger we would stand.

So, you accept that BJP is a big threat to parties like yours, RJD, LJP and others in the state?

Where is BJP? Nowhere in Bihar. They are visible in their own constituencies. The Patna rally was not an indication that they are rising in Bihar. I don’t see BJP anywhere when I go to the interior villages and other parts of the state. Modi is a hype created by corporate lobby and media. You need not go to his rally, the live telecasts are there on your TV sets. Even his tweets are news. Is this fair and un-biased journalism? Do you do the same to other parties?

Earlier, corporates used to lobby for finance secretaries, finance ministers. This time they want to decide the PM for the nation which is not going to happen.

You have praised Modi in your comments. Don’t you think that leaving NDA was a wrong decision? Your party is losing popularity, some leaders have left. Is the BJP a challenge for you now?

No, I don’t agree. Bihar was not the basis of our separation from NDA; it was Modi. Our stand on Modi is very clear and we have repeated it from time to time. Let me tell you, we will do better. There is no crisis. BJP first enjoyed power when they were in alliance and now they are doing bad politics. Who will trust them? People are witness to all this.

But they are attacking you when you are out from NDA. They claim that they have better base and hope in the state.

I remember, when in 2010, Nitish ji refused to go for the NDA dinner before the assembly elections, that was the better time to quit NDA. We would have won on our own; Nitish ji was the hero of Bihar at that time. But then, I don’t know who ‘managed’ whom and we remained in alliance. That was a better time to quit.

But you said that Modi’s rise is matter of concern…

I didn’t say that in terms of votes. And it’s not going to happen that he would get good seats from Bihar or form the government at the centre. Undoubtedly, the Congress has lost popularity but still I think that the BJP can’t even get what Congress might. And where will they gather the support (for the shortfall from 272 MPs required to form a majority in Lok Sabha) anyway?

So, you don’t think you have damaged your own party by your controversial remarks?

Not at all. My intention is to take the party to a better condition. There's no intention to damage, not even in my dreams. What I said will help the party be more democratic, transparent and help it gain better reputation in public.

You were first with Lalu Prasad, and then with Nitish. After your recent comments, people see you hinting and getting ready to join the BJP. Is that going to happen sooner or later?

This is completely baseless and wrong. There is no question about me leaving JD(U). agar mujhe koi maa-bahen ki gaali de tab bhi sahan kar lunga per mera naam RSS  yaa BJP se joda jaye, yeh hargiz nahi ho sakta aur naa mujhe yeh bardasht hoga. [If someone abuses me with reference to my mother and sister, I would tolerate it. But if my name is linked to RSS or the BJP, it is not possible for me to tolerate it]