What India Lost: Nehru’s Respect For Parliamentary Methods And Deference To Opposition Views

Even the Congress would rather not remember him for his memory poses difficult questions to them, about their reluctance to stand and fight for the rights of the minorities... 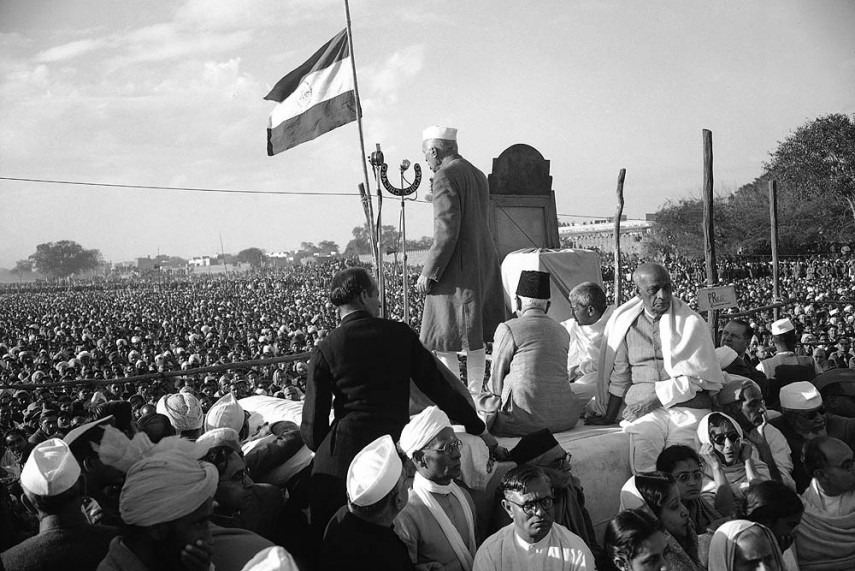 53 years now separate us from the physical Nehru. Unlike his mentor and friend Gandhi, he is on the wrong side of  those wielding power today at the centre. It is also true that majority of their political opponents also detest India.The visceral hatred that the socialists and children of Lohia nurse against him hit me with all its violence and vulgarity when a senior parliamentarian , while discussing the affairs at the Delhi university, suddenly burst out against Nehru, saying that it was the dog Nehru who was chiefly responsible for the mess that we were in.

Why, even The Congress Party which is said to be ruled by Nehru-Gandhi dynasty would rather not remember him for his memory poses difficult questions to them,about their reluctance to stand and fight for the rights of the minorities.

It is only right that he is not honoured by those ideological forces against whom he kept fighting all his life and kept alerting his people from falling prey to their designs. It is not only indifference to him but an active vilification of all that he represented in play for the last half a century that has managed to convince people that he was disastrous for India.

Grievances against Nehru have been many and from varied quarters. There is anger against him that he usurped the Prime Ministership which naturally belonged to Patel. Another section feels that it was largely his manoeuvre that removed Subhash Bose to from Congress and India. The myth of a Subhash forced to live eternally in exile is also to drive guilt in the Indian consciousness by  telling them that they allowed a Nehru to be their leader who had prevented his return to India. There is an opinion in India that Jay Prakash Naryan would have made a better Prime Minister. Even JP thought so, as in a poem penned by him in the days of emergency he laments this deprivation.

My father had told me about an interaction with Ram Manohar Lohia, way back in 1960 in Barakar, a small town in West Bengal where he said that Gandhi, being a believer in the Varna system chose Nehru as his successor because he was a Brahmin.

The gravest charge against him is that it was his desperate lust for power that was responsible for the vivisection of India. Had he left the chair for Jinnah, India would have remained one. Interestingly, those who say that they are there only to oppose Muslim communalism also believe in this theory.

Nehru was weak,he let Kashmir slip out of the hands of india and turn into a disputed territory, he was the cause for India’s defeat at the hands of China. Communists feel that he prevented revolution from taking place in India and there is strong feeling that he was a reluctant reformer who did not stand firmly with Ambedkar when he introduced the Hindu Code Bill in the Parliament.

An influential section of intellectuals is unhappy with him for his modernizing zeal. They feel that it was his project of western  modernity which made room for communalism in India. He disrupted the traditional harmony of Indian society which was a land of communities and created ruptures in its consciousness and it is these spaces where communalism grew.

People more sympathetic to him feel that he was a right man in a wrong place. He should have continued as a writer and withdrawn from politics,they opine.

There are Gandhians who feel that it his irrational love with Nehru blinded him and he chose Nehru over many other worthies.

The litany of charges is long and so varied that it would a require a book to respond to them. This is not the intent of this piece. The only reason for listing them is to have an idea of the atmosphere in which the memory of Nehru struggles to live.

Nehru has often been defended by presenting his achievements like the IITs and IIMs or planning for a strong industrial base for the progress of India. But, in my view it was his principled adherence to the values of non-violence and anti-militarism  which distinguishes him from his other contemporaries. He was extremely reluctant to use force in all matters, and preferred the route of dialogue and persuasion.

Similarly, Nehru’s respect for parliamentary methods is also something we miss in our days badly. His sincere deference to the views of the opposition is sorely missed today. Generally it is thought that his period was free of dissension and there was hardly an opposition to him. But if we look at the records of the parliament, we realise that the period of his prime minister ship was probably the best period for both the houses. The honesty, frankness and richness of the debate and discussion in those days is not seen in their later days.

Nehru was acutely aware of his foundational role in the history of Indian democracy. He enjoyed enormous power and popularity and it was easy for him to have his way in matters of governance. But he faithfully followed the federal principle and seldom interfered with the functioning of the states. He did keep his channel of dialogue with the chief ministers open by writing monthly letters to them but never asked them to do something he thought was right. It led to some problems as the festering wound of Babri Masjid. His anguish and anger can be seen from his letters to the then chief minister of Uttar Pradesh when some idols were planted in the mosque but he was not ready to roughshod over him. In his cabinet too it was not Nehru who ruled.

Nehru’s respect for probity in public life can be seen from a relatively forgettable incident. The general elections of 1957 were very close when he was invited by some people in Maharashtra to unveil a statue of Shivaji in Satara. All hell broke loose. There was an uproar in Mahrashtra from where he received many petitions claiming that he was not the right person for this job as he had portrayed Shivaji unfavourably in his book The Discovery of India. Nehru, instead of ignoring the protests engaged with them, clarified that his views of Shivaji had changed after he got access to more sources and the later editions of his book had a different description of him. It is interesting that even a communist leader like  S A Dange wrote to Nehru telling him not to go for the unveiling as he was not fit for it. Nehru ,again instead of being indifferent to his criticism, chose to write to him individually. Nehru rejected his criticism but later decided against attending the event. He said that since elections were close , it would be seen as an attempt by him to placate or appease a particular section of the Mahrsahtra and therefore it was not right for him to be seen as taking this advantage.

Nehru led by example in his Gandhian striving to inculcate civility in public and private spaces. The principle of non-alignment and  Panchasheel were his experiments in independent thinking and civilised behaviour. It was difficult but he persisted with it. There were occasions when he got  impatient with foolishness and crudity or loudness but he had immense love and respect for the wisdom of the unlettered peasant masses. The doors of the Teen Murti Bhawan were always open for them for he had learnt his politics in the fields of Uttar Pradesh.

Nehru in his lifetime was the most loved politician of India after Gandhi and it was because he was always truthful to his people. Times have changed and Nehru would perhaps be a misfit today. But should that be taken as a comment on him or our times?