What Makes A Politician Tick

Rural politics in UP, and perhaps also in many other parts of India, revolves around three points: the thana, the tehsil and the public sector bank 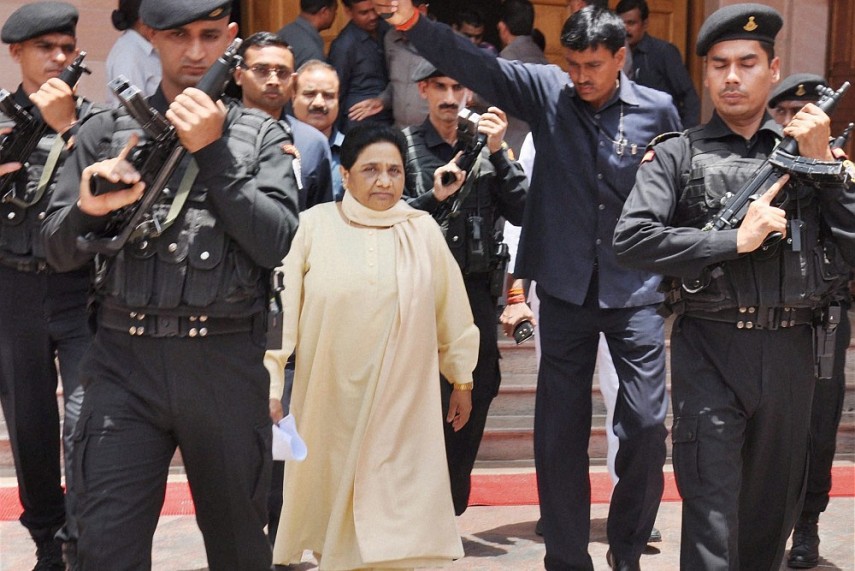 As the Punjab and Uttar Pradesh elections loom large on the horizon, political parties are scrambling to project themselves as the only saviours of the electorate. The BJP has started mass rallies and Amit Shah has thrown down the gauntlet to the BSP. The Samajwadi Party is on a media blitzkrieg but it remains to be seen if Shivpal Singh's resignation will affect the party cadres. The BSP has organised huge rallies and seems to be seeking to create a Dalit-Muslim alliance. Most recently the Congress launched a Kisan Yatra. However, Rahul Gandhi's 2,500 kilometer journey may yield far fewer dividends than is being calculated by his team. The reasons for not identifying these shortcomings are partially to do with a problem that not only plagues politicians but sometimes even the rest of us: perspective.

So, why do people vote? Often people get so lost in the intricate and complicated details of electoral analysis that they fail to see the wood for the trees. Voter turnout, caste equations, demographic analyses, statistical surveys, incumbency or anti-incumbency and a whole host of other factors do play an important role but ultimately these are not the main reasons why people vote for a particular candidate. Development, industry and even something as basic as better infrastructure are issues that make for good talking points but that's about it. The politician declaiming from atop a podium while wearing spotless running shoes and dressed in crisp white KPs only plays a small part in the voters' eventual choices.

In actual fact, rural politics in UP, and perhaps also in many other parts of India, revolves around three points: the thana, the tehsil and the public sector bank. The thana or local police station represents the importance of physical security or pessimistically the prevalence of crime, the tehsil is the government's local office where land revenue matters are settled and of course, the public banks provide those all- important loans that politicians keep promising to forgive. The effective politician is the person who manages to negotiate the relationship between their constituents and these three institutions. It follows that in order to be successful at the local level, a politician has to be adept at essentially acting as the middleman who adroitly 'manages' the everyday problems of the constituency members, most of which revolve around these three offices.

For instance, if a person has a domestic problem or has a feud with neighbors, the person who will be prosecuted by the police will often be the one who does not have access to an influential local politician. Someone's problem in acquiring the necessary permits or licenses to carry out their business might be helped by a phone call to the local civil servants. One of the inevitable problems in rural India is about the delimitation and measurement of land and again a powerful politician will be able to 'encourage' the local tehsildar, patwari, lekhpal or other members of the revenue and administrative services to see their supplicant's point of view. Finally, with an increasingly difficult agricultural market and shrinking land parcels, the successful politician is also able to 'persuade' the local manager of a public sector bank to 'expedite' the release of loans.

Rajkamal Singh of the Trivedi Political Data Centre argues, the solution is often as much about the thana or tehsil not interfering as it is about their intervention. Inevitably, these politicians are also able to build financial bases for themselves by using their relationships with these institutions to get government contracts, land allotments, licenses and other facilities as well as, of course, taking the help of police and the civil services in stamping out any opposition.

The Samajwadi party and the Bahujan Samaj Party have been politically successful because they have created a political structure that is firmly based on and revolves around providing easy points of access to the thana, tehsil and bank. Their workers and indeed political leaders are local, accessible and have a firm grip on the these institutions. Apart from developing similar local power structures, the BJP also deploys its ideological vision in order to attract workers to its cause. In all this, the Congress falls woefully short because not only does it lack loyal workers but also more importantly it does not have local leaders who can manage to provide easy and efficient access to the institutional triumvirate of the thana, tehsil and bank.

Perceptions are not just about real political clout but also about superficial markers. Indian politicians are often lambasted for how flashy they are. However, this preoccupation with 'flash' should not be simply dismissed as a tiresome desire to show-off. To the contrary, the hoards of security men and lines of growling SUVs are seen by voters as part of the bhaukaal, or muscle, of a politician who is both powerful and connected. Indeed, amongst the few old Congress hands that have survived in UP are those that have managed to retain official escorts despite having not won any election for some time. These Congressmen realise the symbolic power of having a security detail, as it connotes access to the powers that be, but of course have little consideration for the fortunes of their party.

Ali Khan Mahmudabad is an Assistant Professor of Political Science and History at Ashoka University.