What Will Last Year’s Ethereum Burn Mean For ETH In 2022? Know More About ETH Burn 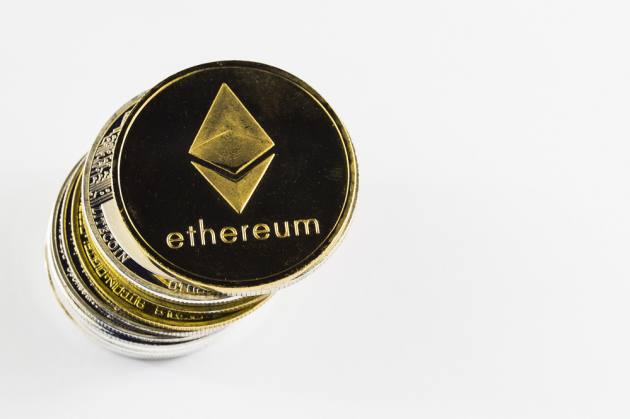 Crypto burning is the act of sending crypto coins tokens to a wallet that has no access key, so these tokens are lost forever. The exercise is carried out to limit the coins in circulation. In the case of ETH, following 2021’s EIP-1559 protocol, a part of every transaction fee, measured in ETH, will be burned. This is expected to limit the supply in the long run and help support the prices.

Edul Patel, CEO and co-founder of Mudrex, a global algorithm-based crypto investment platform, says that the EIP-1559 upgrade that happened as part of the London hard fork upgrade in August 2021 took Ethereum a step closer to ETH 2.0. “It aims to make Ethereum deflationary. Since the upgrade, over $2.54 billion worth of ETH has been burned,” he said.

On January 3, Ethereum was priced at $3,799.51, up 1.75 per cent in the last 24 hours, according to coinmarketcap.com, a global data provider platform. Will the ETH burn and its new avatar help its pricing in the future?

Based on last year’s (2021) massive Ethereum burn, experts have predicted that Ethereum will become more formidable in 2022.

“In 2022, Ethereum migration to Proof of Stake will be complete. It will be a formidable, scalable blockchain platform which will further help in the adoption of the platform,” says Sharat Chandra, a blockchain and emerging technology expert and advisor to blockchain startups. The proof-of-stake mechanism is less power-intensive.

Edward Oosterbaan, an Ethereum analyst for CoinDesk Research, was quoted by Coindesk as saying that Ethereum’s consensus layer to proof-of-stake rids the network of miners and replaces them with validators. “By using randomness to assign block production, proof-of-stake is able to run with extremely lower energy consumption. t is likely to cause an up move in the price of ETH as more tokens get burned," says Patel.

Ethereum is a decentralised open-source blockchain system that features its own cryptocurrency, Ether. ETH works as a platform for numerous other cryptocurrencies, as well as for the execution of decentralized smart contracts, according to coinmarketcap.com.

“It remains to be seen what happens as we move forward towards ETH 2.0, which is expected to happen by the second quarter of 2022,” says Patel.

Ethereum based non-fungible tokens (NFT) platform OpenSea burned 136,71, ETH, valued $508 million in 2021. “The year 2022 will witness more brands moving into metaverse and NFTs. The Ethereum based activity will move northwards in the coming year as well,” says Chandra.

ETH Transfers burned 127,459 ETH valued $474 million in 2021, according to a graph CryptoRank tweeted, citing data from Ultrasound.money. Uniswap which is a decentralised finance protocol, which is used to exchange cryptocurrencies and facilitates automated transactions between cryptocurrency tokens on the Ethereum blockchain through the use of smart contracts, has burned 113,113 ETH during the whole year in 2021; the burn was valued at $421 million.

Further, Ethereum-based Tether (USDT), a stable crypto coin, burned 68,904 ETH in 2021, valued at $256 million. Uniswap V3 has burned 42,386 ETH valued at $157 million over the same period of time. UniSwap is a protocol that allows traders to swap Ethereum ERC20 tokens without using an order book.

Metamask burned 42,386 ETH in 2021, valued at $157 million. It is a software cryptocurrency wallet used to interact with the Ethereum blockchain. It permits users to access their Ethereum wallets via a browser extension or mobile app, which can then be used to interact with decentralized applications, according to its website.

USD Coin (USDC), a digital stable coin that is pegged to the United States dollar and runs on Ethereum, has burned 26,318 ETH valued at $97.9 million. Meanwhile, Axie Infinity (AXS) which is a blockchain-based trading and battling game that is partially owned and operated by its players, has burned 16,811 ETH which is valued at $62.5 million.

SushiSwap is a software running on Ethereum that seeks to incentivize a network of users to operate a platform where users can buy and sell crypto assets burned 15,433 ETH in 2021, valued at $57.4 million. Blockchain platform StrongBlock has burned 15,018 ETH valued at $55.9 million.

Decoding the reason behind the massive burn of 2021, Manish Kumar, co-founder of two blockchain-based financial markets platforms GREX and RealX, says, “This is a sizable amount of burn, platforms can only burn what they have earned. So, most likely this number includes all the fees that they converted into fiat currency for their regular operations.”