What’s With The Bongs And Hilsa?

The question has become more relevant with the two Bengals – West Bengal and Bangladesh -- fighting over Teesta, the abode of Ilish... 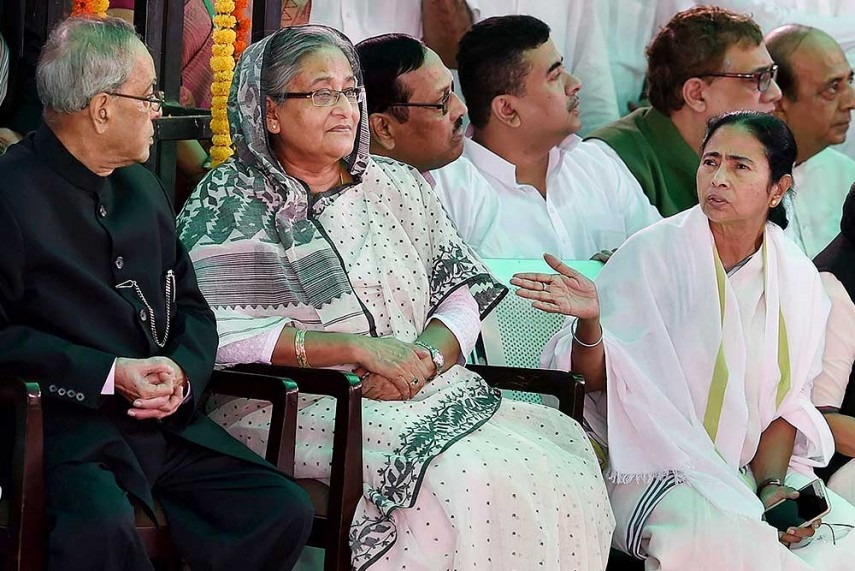 Political gossip has it that Bangladeshi dignitaries never visit India without the customary “Jora Ilish” (two hilsas) for luck. “What’s with Bongs and the Hilsa?” is a common question thrown at the Bengalis by baffled outsiders. Most other Indian states have their fair share of fish-eaters but they don’t single out any one particular type as their favorite, they argue.

Good question. And one which has suddenly become more relevant with the two Bengals – West Bengal on the Indian side and Bangladesh – which was known as East Bengal before Partition – fighting over river Teesta which flows through both.

The main focus of Bangladesh Prime Minister Sheikh Hasina’s visit to India recently was to try and extract an agreement from Prime Minister Narendra Modi on water-sharing. But West Bengal chief minister Mamata Banerjee pointed out that the river, known as the “lifeline of north Bengal” was already suffering from severe water-shortage because of a variety of factors, including a host of hydro-projects which depended on it as the source. While she offered alternatives such as sharing other rivers like the Torsa which too flows through both countries and specified that she was equally concerned about the people of Bangladesh, the treaty remained unsigned. For the Bangladesh premier this was more than a loss of face. Later this year, in December, the country will hold general elections and the success of a Teesta Treaty, sources say, is the key to her own chances of a victory.

So what does politics between the two countries have anything to do with Hilsa? Apparently…quite a bit. It’s not just the Bengalis of India for whom it is the fish of all fish…but the same holds true for Bengalis across the border.

The “why” has of course to do with its indescribably exquisite taste. But try not to ask that to a Bong, unless you want to get snapped at. “Keno??? (Why???),” chides a dhoti-clad, elderly Bengali bhadralok (gentleman) rhetorically at the local fish market. He looks at you as though it was a really stupid question. Of course, he is still angry from the haggling he has just unsuccessfully completed with the hawker, who got his way and sold him a shiny silvery sliver for Rs 750. “I didn’t even buy the whole fish. That would cost me double. This is as expensive as gold.”

“Then why bother buying it in the first place?”

He looks at you with unconcealed astonishment. “Ta boley Ilish khabona?” (Are you suggesting that i will forgo hilsa just because???)

So whatever you do, don’t ask Bongs “why” Ilish is the fave, to the exclusion of every other ‘commoner’ like the poor country cousins…rui, katla, pabda, parshe and what have you.  Remember those “Cloromint” commercials of a few years ago and what happened to the naïve souls who asked, “Achha, hum Cloromint kyon khatey hai?”? There, simply, is no answer to the question. Other fish taste good too, as far as the Bengalis are concerned, but there is a certain ‘je ne sais quoi’ about hilsa. It’s an x-factor thing.

That brings us back to the question: “So what’s the ‘politics’ of hilsa?. Well, it’s like this. Much of the ‘hilsa’ travels passport-less between the two countries with, Bangladesh, to the dismay of Indian Bengalis, having a clear advantage as the real home of the Ilish. This is because though the Tenualosa Ilisha is a considered a saltwater fish and is found in the Bay of Bengal among other seas and oceans, it swims swiftly travelling for miles upstream through the various rivers, tributaries and estuaries during spawning season.  The rivers Padma and Meghna which flow through Bangladesh have some of the highest concentrations of Ilish in the world. In comparison the Ganges which flows through West Bengal’s Kolaghat cannot boast of the same.

This has resulted in an intensification of the eternal if lighthearted battle between which Ilish is tastier – the Bangal (from Bangladesh)? Or the Ghoti (from West Bengal)?.

Yet, the politics of the hilsa has a dark side. The demand for the fish – bordering on greed – throughout the year and the prices that it fetches, has resulted in largescale fishing even during off season almost as soon as the eggs are laid. The current practice of trawling the fish at its sources is not even just about cruelty but it endangers the species, ecologists, environmentalist and scientists have warned.

So while the delicacy has spawned a huge culinary couture around it in both sides of the Bengal border, the concerns have put a strain on the very diplomacy of the two. Will the water-sharing disagreement intensify that?