What's Wrong With That? 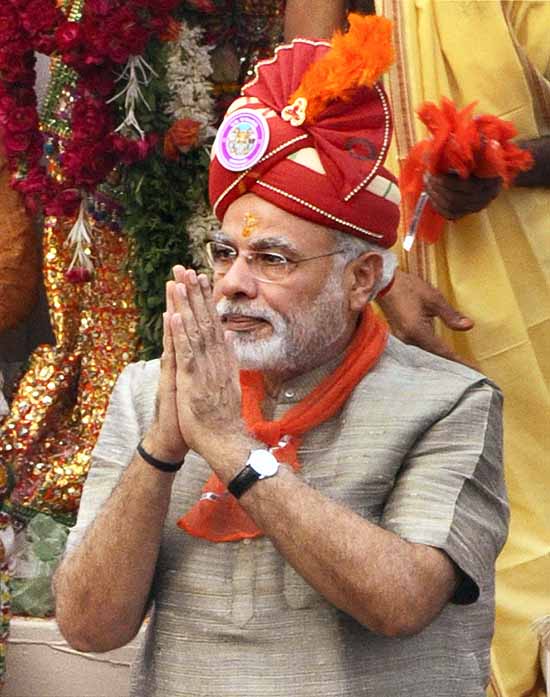 Gujarat Chief Minister Narendra Modi said in his interview to Reuters on June 25 (published July 12): "I'm nationalist, I'm patriotic. Nothing is wrong. I'm a born Hindu. Nothing is wrong. So I'm a Hindu nationalist. So yes, you can say I'm a Hindu Nationalist because I'm a born Hindu". BJP spokesperson Meenakshi Lekhi on said on a TV channel recently that 'Hindu nationalist' has wrongly been made into a 'dirty word' by people with a malicious agenda. She said, 'If anybody calling himself a Muslim and a nationalist is not being questioned, why should anybody calling himself a Hindu and a nationalist be questioned?" She asserted that the right to practice one's religion is a constitutional right, 'so why should the same right not be available to Hindus?'

There are at least two things here which need debunking. One, there is a difference between a Hindu nationalist and a nationalist Hindu. Hindu nationalism is an ideology that crystallised almost a hundred years ago. Its founder, V.D. Savarkar, wrote a monograph called Hindutva: Who is a Hindu? in 1922 in which he outlined the definition of the Hindu nation. He wrote that Hindus were those people who loved the territory of Hindustan, shared common blood (this was the Indian version of racism), possessed the same culture and worshiped Hindustan as their fatherland and their holyland. These were the four essential criteria of citizenship of the Hindu nation. This meant that Muslims and Christians— whose holylands were outside India— were automatically excluded from the very definition of the Hindu nation. Muslims and Christians— even if their ancestors had been born in India, and even if they loved it as their own— could never claim full citizenship. According to the ideology of Hindu nationalism, they must live in India as second class citizens and must completely assimilate everything that is Hindu— they must worship Hindu gods, participate in Hindu festivals, give up their customs and even their language; they must not ask for any rights and freedoms because they live on the sufferance of Hindus.

On the contrary, a person who is a nationalist Hindu need not necessarily possess such an ideology: he or she may simply be a Hindu who believes in the ideology of secular nationalism, which does not give any supremacy to Hindu-ness. A nationalist Hindu does not necessarily foreground Hindu identity as an essential criteria for citizenship. He or she can accept that the nation does not just consist of Hindus but also of Muslims, Christians, Parsis, Sikhs and others— who may all have distinct religious identities but yet are equal citizens of the same Indian nation. So when Modi makes the argument of 'Hindu + nationalist = Hindu nationalist, what's wrong with that?', we might ask why he can't instead choose to be 'Hindu + nationalist = nationalist Hindu'? What's wrong with the former is that it stems from an ideology that has a long lineage of seeing the Indian nation as being exclusively composed only of  Hindus. The very definition of the Hindu nation excludes those who belong to other religious communities, people who have every right to call themselves Indian as much as any Hindu.

The second issue is the following. Yes, Muslims are allowed to proclaim that they are nationalists. But so are Hindus. People are not disturbed by Modi claiming to be a nationalist, it is because they know he is a particular type of nationalist. Lekhi speaks as if Modi is being unjustly denied his constitutional right to practice his religion. But the alarm at his statement does not spring from his assertion that he is Hindu. He proudly proclaimed that he is not just a Hindu but a Hindu nationalist. Lekhi would have us confuse Hindu nationalism with Hinduism, but the two are not the same. Hindu nationalism is not a religion; it's an ideology which has historically aimed to turn India into a 'pure' Hindu nation at the exclusion of others. This is not guaranteed by the Indian constitution; on the contrary, it is diametrically opposed to its ideals. It is this ideology which made the organisation from which Modi springs (i.e. the RSS) support the colonial state, participate in violent riots, and ultimately assassinate Gandhi. Its history is what makes Hindu nationalism a 'dirty word', not some malicious propaganda by anyone else.