When A Bohri Muslim Girl Married A Budhist

The Supreme Court has struck down Section 377, giving the LGBTQ community their long-denied rights. But what about the other rights of citizens that exist merely on paper? This article is part of a series published by Outlook, profiling people who have fought for their rights. 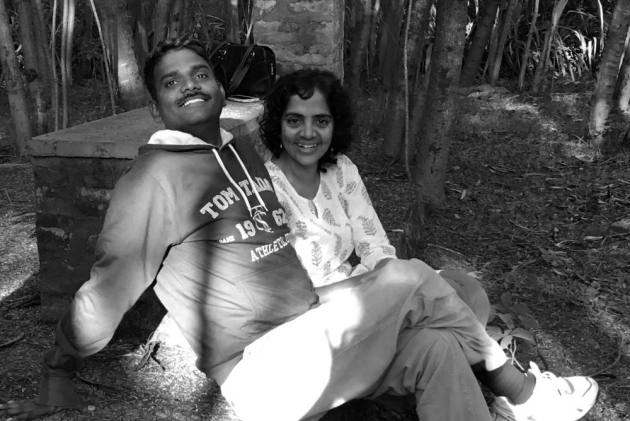 Both Shabana Diler and Vijay Wavare had solid progressive and socially conscious backgrounds. However, nothing really prepares you when you have planned an inter-caste and an inter-class wedding and that too, a community wedding (mass marriage) where you are part of several other couples getting married in a common ceremony to cut costs and to send a social message.

Shabana, a Bohri Muslim, and Vijay, a Buddhist, met at the Tata Institute of Social Sciences (TISS), when they were studying for their postgraduate degrees. Currently they work in non-profit sector. After knowing each other for five years, they decided to marry. While at Shabana‘s house her father was worried about whether the groom was marrying her for money, at Vijay‘s house his father was skeptical about having a Muslim daughter-in-law.

“Our family and in general Buddhists have been exposed to the thoughts and teachings of Mahatma Phule and Dr. Babasaheb Ambedkar, still marrying a Muslim is neither common nor is it accepted. I had told my family and friends that if they attend our wedding, I would be very happy but if they choose not to, I will not be sad,” remembers Vijay about how he got everyone on board. Soon after the wedding in 2001, the couple was warmly welcomed by both families.

Consumer Rights | 'Our Constitution Provides Us Right To Life'

Forest Rights Of Adivasis | Their Struggle For Land Continues

Right To Freedom Of Expression

Right To Free Practice Of Religion | 'Under Modi Govt, Muslims Find Themselves Weak'

“My father had been excommunicated from the Bohri community long back because of his progressive views. My mother was a practising Muslim but my sisters and I figured out how we wanted to really live over a period of time. No one in the family pushed us to follow one of the two paths. We married under the Special Marriage Act but we also took vows in the Satyashodhak Samaj manner because Vijay was very keen on that and he had explained to me the relevance of it. Since we were working for the community we also decided to marry in a common wedding,” says Shabana.

Vijay’s father who had been a corporator in Pune came around just after the wedding and in fact Vijay fondly remembers him as the one who distributed sweets when his daughter was born. Today they have two daughters who are being raised with social values from both the religions Rather than rituals or prescribed norms.

It’s not always been easy for them. Like in Mumbai, even in Pune getting a house on rent for Muslims isn’t easy. Vijay is vocal about it. “There were times when people would ask why she isn’t changing her name. Or there were areas where we couldn’t get houses. We were very sure about both of us having our identities and no one could interfere with that.”

Shabana simply points out various areas such as Kothrud, which are dominated by upper caste Maharashtrians. At the same time areas such as Camp and Kondva, which are now Muslim pockets. They have managed to avoid both, and live in a relatively cosmopolitan area.

The problems or the challenges are two-fold when you are trying to set alternative living example. Vijay points out that it’s not just bias against religion but also deeply rooted patriarchal values that get challenged. “One of the reasons we were able to do what we’ve done is because we were both economically independent. It is that much harder when you’re trying to change system and yet dependent on it.” In the past few years things have changed for worse but the couple is focused on teaching their daughters values from various schools of thought. Shabana says, “I am attracted to the Buddhist philosophy and I’m trying to inculcate that in my children. They will figure out what they will want to pursue."

Vijay notices changes such as their names on family invitations, and loves the fact his daughter can ask him questions about caste, religion and voice her opinions freely. “I am happy because she is free from the burden of carrying somebody’s identity (mostly father’s). I feel our daughters are privileged that they have ground and weapons to make Dr. Ambedkar’s dream true and become casteless.”

"Although we haven’t really faced any personal attacks I know of friends, who are also in interfaith marriages and are getting unfriendly messages from family and friends on their WhatsApp groups and so on. Falling in love is such a wonderful thing and anyone should be able to do that. At present there are efforts to stop that even before anything can start. It is terrible.” Shabana adds that because of their education, professions and upbringing social and personal have not really been separate.