When A Woman Laughs Out Loud (LOL), Why Does It Offend Indian Males?

There is something about laughter emanating from female lips that inexplicably offends Indian sensibility. Maybe laughter shows a woman as having “too much free time away from the kitchen”. 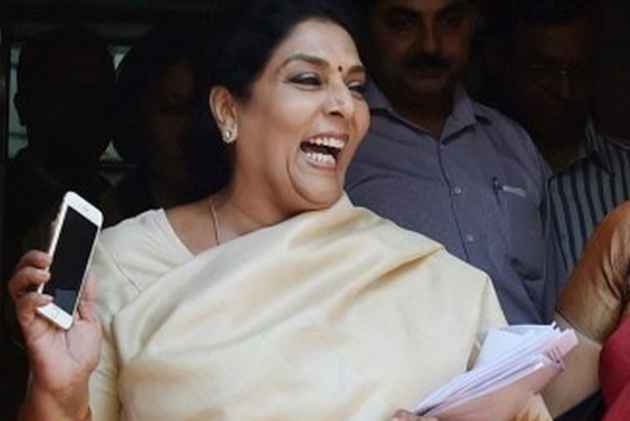 The Prime Minister has a number of weapons in his arsenal to draw from, should he decide to reprimand or silence Members of Parliament who interrupt his speech. Yet, earlier this week, when Rajya Sabha MP Renuka Chawdhury of the Congress Party interrupted his address with a raucous laugh that almost reverberated off the walls of the House, he embarked upon an unusual and perhaps impulsive verbal slaying—he compared her, without naming names, with (it is being speculated) Tataka, “whom sage Agastya cursed into becoming a frightening female who was ugliness personified” in the Ramayana.

It is also possible that the PM was comparing Chawdhury with another Rakshsa from the Ramayana, one who has become synonymous in modern times with the humiliation and subjugation of ‘bold’ women.

Undoubtedly, many in India still believe a woman who laughs too much, or too loud, or laughs in public, or generally gets herself “too” much attention, has broken some invisible social norm. In the Shurpanakha story, which does not entirely fit the incident in Parliament, it is actually the Rakshasi who was unable to interpret the meaning of a quiet half-smile on Rama’s lips. Thereafter, she also did not understand that Lakshmana, Rama’s brother, was making fun of her too. It is the men who laughed but the physical trauma was inflicted on her, when she finally realised that their joke was on her, and became incensed. This story has gone down in mythology—or history if you please—as an atypical but cruel punishment for women who transgress in a male-dominated society. Obviously there are enough recidivists in Parliament who have entirely another take on this story — they think it's really, really hilarious. Perhaps a better mythological story to have drawn on would have been from the other great epic, Mahabharata, in which Draupadi’s laughter had (allegedly) hurt the pride and ego of Duryodhana. But this story is disputed — nobody is sure who laughed at whom and the only certain thing is that it happened in a gilded hall, not unlike Rajya Sabha but more transparent in construction style. Thus, ordinary Indians are still trying to find answers on Google for why the Kauravas tried to disrobe Draupadi at their next available upper hand when it was Bhima, as many say, who had laughed at Duryodhana and at least not just Draupadi. That said, there is something about laughter emanating from female lips that inexplicably offends Indian sensibility, not just men. Maybe laughter shows a woman as having “too much free time away from the kitchen”. After all, who has not heard of the kitchen that Sita, Rama’s wife, used to cook in, but has anybody heard of her lounging in political circles of her time, cracking a joke or two? Of course not! Is it any surprise that India lags behind 155 countries in the happiness scale? To put it in the right perspective, Rajya Sabha MPs laughed at Renuka for laughing but the country as a whole is not laughing much, or India would have ranked higher on the happy index.

The PM’s reference to that low-brow version of the Ramayana story, which was televised on TV in the eighties, only goes to prove that mythology is more powerful than history in India. For all the male MPs, the reference seemed to have hit home. They laughed like never before, as far as the televised address on Rajya Sabha TV shows—finance minister Arun Jaitley being an (honourable) exception, but he wasn't laughing much that day any way.

There is one more aspect to this matter — it's pointless trying to deny that the laughter from Chawdhury’s lips was indeed meant to hurt the PM and the BJP. But the PM’s barb went down with the male NDA MPs. Their rambunctious table-thumping was in striking contrast to how the women MPs responded. Saffron-clad MP Uma Bharti, the Minister for drinking water and sanitation, raised her hand to her mouth in shock — some amusement reflected on her face as well but it was not a moment she seemed to have ‘enjoyed’. Nirmala Sitharaman, the Minister of Defence, did not let a smile or a laugh overtake her face, but then she is rather a serious-looking person.

It was, thus, the men who laughed, and it can only be said that they reflect what many men feel in India — that women should express their feelings only in ‘approved ways’. Don't young girls get told at home not to laugh too loud (they do, for the record). The wicked joke that leads to stomach-shaking rumbles, which sets nostrils flaring, gets shoulders rocking’ — that kind of laughter is not OK for women even according to women. Why else would Tavleen Singh tweet: “Women who cackle instead of laughing normally cannot complain. Said cackling is compared to the cackling of a medieval demoness.” Indeed.

This means, appeals, pleas and, maybe, written requests are welcome from women, even if they are MPs, but a loud and indeed cackling laugh that can bring down the house will still be treated in the same way it was when Rama and Lakshmana, armed with their bows and arrows, helped Rishis and Munis clear forests with their mastery over iron smelting somewhere in 1000 BC. It's a sign of how much India has changed that laughing is controlled by mere insult and not actual physical attack.

Is it worth mentioning that after emerging from the forests of Dandaka, Shurpanakha, as the story of the Ramayana goes, wanted revenge for her humiliation at the hands of Rama and his brother Lakshmana?