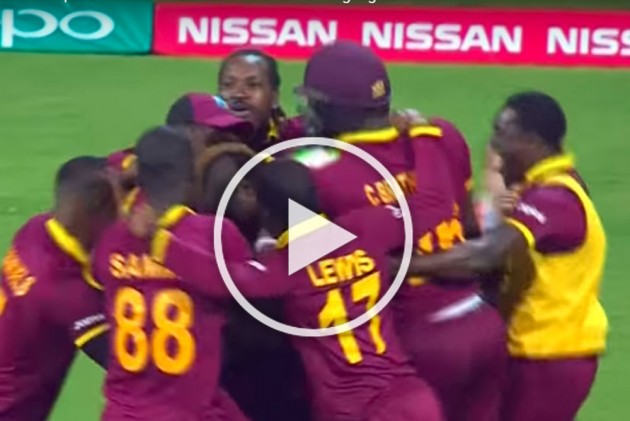 Chasing 193 at the Wankhede Stadium, in Mumbai, the Windies got off to a bad start, losing Chris Gayle (5) and Marlon Samuels (8) by the third over, but Simmons and Russells stunned India with some sensational hittings.

Simmons first put on a 97-run stand for the third wicket with Johnson Charles. Then, India got the much-needed breakthrough in the 14th over as Virat Kohli sent Charles (52) back to the pavilion, with the Windies still needing 77 runs.

Then Russell joined Simmons in the middle, and the duo stitched an unbeaten 80-run stand to take the Windies over the line with a seven-wicket win.

Simmons played a knock of 82 runs from 51 balls, however, it was Russell who changed the tide of the match. The all-rounder went on to hit 43 runs from just 20 balls, studded with three fours and four sixes.

Earlier, Kohli played a knock of 89 runs to take India's total to 192/2 in the allotted twenty overs.

West Indies, eventually went on to lift its second T20 World Cup title as the side defeated England in the summit clash.

In the final, the Windies needed 19 runs from the final over, however, Carlos Brathwaite smashed four sixes off the first four balls in the Ben Stokes' over in one stunning finish.