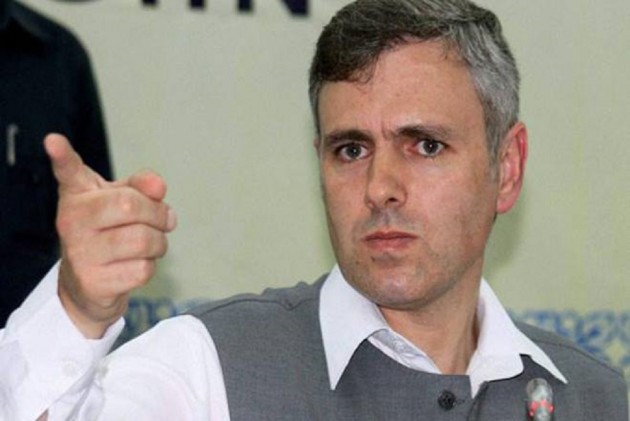 Former Chief Minister Omar Abdullah and Indian National Congress (INC) ally in Jammu and Kashmir tried to reason with the Congress over its loss in Uttar Pradesh but the party is in no mood to listen. The party responded to barrage of Omar's tweets by asking him to strengthen his own party rather than commenting on national politics.

As the BJP started winning UP election, Omar Abdullah, tweeted, “In a nutshell there is no leader today with a pan India acceptability who can take on Modi & the BJP in 2019.”

“At this rate we might as well forget 2019 & start planning/hoping for 2024”, reads his another tweet. “I've said this before & I'll say it again the voter needs to be given an alternative agenda that is based on what we will do better.”

“Criticising the PM will only take us so far. The voter needs to know there is an option available to them that has a clear +ve road map.”

However, when he was reminded that INC spokesman Randeep S Surjewala has reacted to his tweets asking Abdullah to “focus on strengthening his party rather than commenting on national politics”, Omar responded saying, he is not surprised with Congress's reaction.

“If you can't stomach the truth from a genuine well wisher your party truly deserves what it gets.” “Belonging to a small regional party precludes me from having a view on national issues or do my views only count if I turn in to a yes man??” reads Abdullah’s tweet.

“I congratulate Prime Minister, Narendra Modi and his party on this resounding victory which is an endorsement of his Government’s governance, developmental and economic agenda,” Ms Mehbooba said in a statement.

She said the people have given a decisive mandate to the BJP for a strong and stable government to usher the country into a new era of economic development and prosperity.

“The Prime Minister and his party have got the fresh political and electoral legitimacy to take on the challenges confronting the country and the region on economic and political fronts,” Mehbooba said.

She said the resolution of the momentous problems confronting Jammu and Kashmir should be brought to the centre-stage with fresh political resolve. Mehbooba called for making renewed efforts in reaching out to the people of J&K to end the vicious cycle of death and destruction in the State and ensure a prosperous future for its enterprising young generation like their counterparts in other states of the country.

“I hope the Central government, under the leadership of Mr. Modi, will make a renewed effort to reach out to the people of Jammu and Kashmir, address the causes of alienation and trust deficit and work towards finding a lasting solution to the problems plaguing the State,” she said.