When India Hurled BRICS At Pakistan 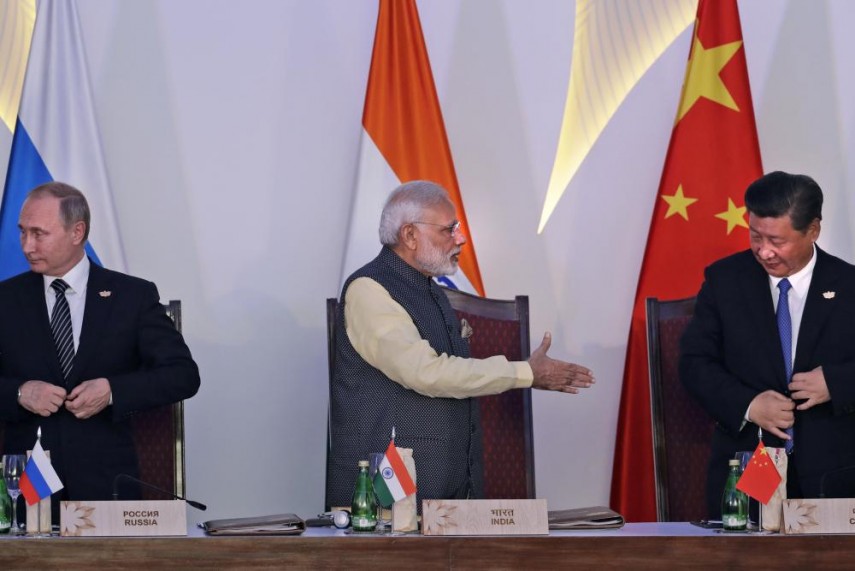 If isolating Pakistan and further increasing the diplomatic pressure on it was one of the chief goals of India at the BRICS Summit and its subsequent outreach with the BIMSTEC members, then the Narendra Modi government could, perhaps, draw some satisfaction from the outcome of the two-day mega event that ended in Goa on Sunday.

But the jury is still out on what salutary affect it would have on Pakistan and, more importantly, whether all the ‘naming and shaming’ would coax the leadership in Islamabad to give up its policy of using terror as a tool in its future engagement with Delhi.

“We strongly condemn the recent several attacks, against some BRICS countries, including that in India,” the BRICS document after the Summit in Goa said. It went on to add “We strongly condemn terrorism in all its forms and manifestation and stressed that there can be no justification whatsoever for any acts of terrorism, whether based upon ideological, religious, political, tactical, ethnic or any other reasons.”

It emphasized, “We agreed to strengthen cooperation in combating international terrorism both at the bilateral level and at international fora”.

This, according to South Block officials, is so far the most “unambiguous” statement that has come out of BRICS on the threat posed by terrorism. Even China, which enjoys close relations with Pakistan, found it difficult to dilute the wordings for fear of denting its own image by being seen defending terror outfits operating out of Pakistan.

The fact that PM Modi, while highlighting the importance of closer economic cooperation and integration between the BRICS countries and BIMSTEC members, mentioned Pakistan, and how it has kept itself out of this process because of its policy of encouraging terrorism, also indicated its isolation in the region.

MEA officials point out that there were three basic points that India wanted to make: one, there is a problem of terrorism in our region like elsewhere in the world, two, Pakistan is the source of that menace as it continues to engage in cross-border-terrorism and three, there has to be an unambiguous condemnation of both terrorism and its sponsor.

There have been several other paragraphs in the BRICS document that spoke about terrorism and collective need to fight the scourge. But the question that remains is what would be its affect on Pakistan, particularly; the military leadership in Rawalpindi who continue to formulate the country’s foreign and defense policy on India.

The current army chief of Pakistan General Raheel Sharif is due to retire in November. Indications suggest that he might not be given an extension. This would leave the civilian leadership of Prime Minister Nawaz Sharif a ‘small’ window of opportunity to reset the policy in dealing with India and bring about certain changes in Pakistan, particularly taking some action against jihadi groups operating in its territory to refurbish the country’s image.

“The problem lies not with who replaces the current army chief but is more fundamental in nature,” said a senior South Block diplomat.