India and Pakistan continue to face off in the ICC sanctioned tournaments, but the last full bilateral series played between the two countries was in 2007. 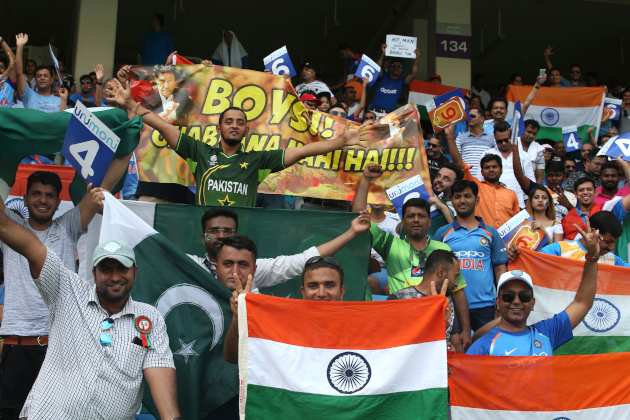 Newly-elected Pakistan Cricket Board (PCB) chairman Ehsan Mani expressed his desire to keep the dialogue with the Board of Control For Cricket in India (BCCI) over bilateral cricket going even as both boards face off next meet in an International Cricket Council (ICC)hearing in Dubai.

Talking to media persons in Dubai on Sunday, Mani said that cricket should be kept separate from all the political tensions between the two countries.

"When an India-Pakistan match is played, over 100 billion people watch the game from all over the world. No one cares about the politics. The main thing is to get the cricket going and this is the main thing in that direction."

"I am very hopeful the Board will work towards it. Am not saying we will get results on day one but we will work towards the common goal. The Board's endeavour should be for cricket, not anything else," he said.

The former ICC chief also revealed that he had meetings with BCCI CEO Rahul Johri, BCCI acting secretary Amitabh Chaudhary on the sidelines of the Asian Cricket Council meeting.

"Cricket boards have to work towards playing cricket, [we] don't want to get into politics, that's what we're talking with our Indian counterparts. There's some bridge-building to do, hopefully, we will be able to make some ground because the relations haven't been great."

India and Pakistan continue to face off in the ICC sanctioned tournaments, but the last full bilateral series played between the two countries was in 2007. Even the ongoing Asia Cup was originally scheduled to be hosted by India but was later moved to the United Arab Emirates to accommodate Pakistan's participation.

"What politicians talk, we shouldn't get into that. Our concentration should be on keeping the dialogue between the two boards going. I was in a similar situation when the Kargil incident [in 1999] happened. I was involved with the ICC and we never left our dialogue."

"We understood that in those circumstances, playing cricket was tough. But our full effort was to quickly bring the relationship between the two countries on a track where there can be cricket between the two. If there's politics in cricket, then cricket will be used as a tool for politics, which is wrong," he added.

Starting October 1, an ICC tribunal will hear Pakistan's compensation claim of US$ 70 million against India for refusing to honour their Memorandum of Understanding (MoU).

The arch-rivals were scheduled to play six bilateral series between 2015 and 2023. But with political tensions ever so high between the two neighbours, Indian government pulled the plug on bilateral series. The MoU was signed in 2014.

"There's a process that has started, and it's in its last stages, whatever has to happen has happened. If I would've been involved when the dispute happened, every effort would have been made to sort it bilaterally. Unfortunatrely, we are where we are," he said about the upcoming hearing.

Meanwhile, India had cancelled a proposed meeting of foreign ministers Sushma Swaraj and Shah Mehmood Qureshi on the sidelines of United Nations General Assembly in New York, citing the "brutal" killing of three policeman in Jammu and Kashmir, as well as for releasing postal stamps "glorifying" Kashmiri militant Burhan Wani, who was killed in an encounter with the security forces on July 8, 2016.