Former Indian batsman VVS Laxman shared one interesting anecdote on the superstar from Ranchi in his autobiography ‘281 and Beyond.’ 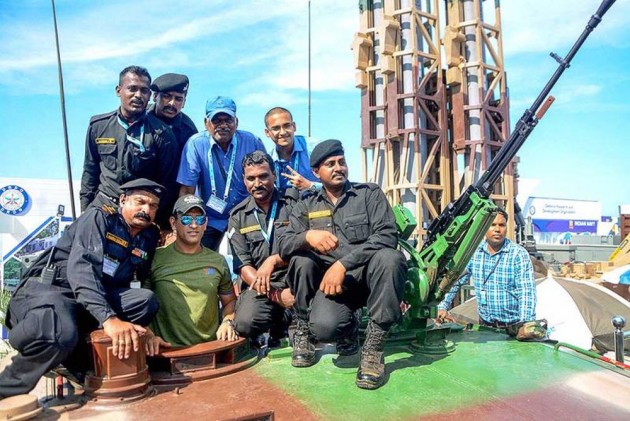 When it comes to former India captain Mahendra Singh Dhoni, there is an endless number of interesting anecdotes. Former Indian batsman VVS Laxman shared one such anecdote on the superstar from Ranchi in his autobiography ‘281 and Beyond.’

In the book, Laxman wrote that one of his most memorable moments with the Indian team was when Dhoni drove the team bus to the hotel in Nagpur during the fourth Test match of the Australia series in 2008. It was the first match for Dhoni as the captain of Indian team, just after the Anil Kumble's retirement and also Laxman's 100th Test.

"One of my abiding memories is of MS (Dhoni) driving the team bus to the hotel in Nagpur, during my 100th Test. I couldn't believe my eyes - the captain of the team driving us back from the ground! It was his first Test in charge after Anil's (Kumble) retirement, and he didn't seem to have a care in the world. But he was like that, playful and grounded. MS never lost the joy, the playfulness. I have never met anyone quite like him," Laxman wrote in his autobiography, as reported by Hindustan Times.

Citing examples from India's disastrous tour of England in 2011, the legendary batsman hailed Dhoni's "calmness and equanimity" as "legendary".

“MS Dhoni’s calmness and equanimity are legendary. He had seen nothing but success until the tour of England in 2011. We had lost 4–0 in England and had already lost the first three Tests in Australia by the end of that year, and were heading for another whitewash. I was a mess, as were most of the guys, but MS was unbelievably composed. Not once did he lash out, and at no stage did he give the impression that he was frustrated or helpless,” Laxman wrote.

Laxman played 134 Tests and 86 ODIs for India, scoring 8781 and 2338 runs respectively in a celebrated player. He made India debut in a Test match against South Africa at Ahmedabad in 1996. He retired from international cricket in 2012.

He is currently the mentor of Indian Premier League franchise Sunrisers Hyderabad.