Psychologists say political leaders regularly use offensive languages in public to show that they are “expressing their true feelings” and are different from peers. 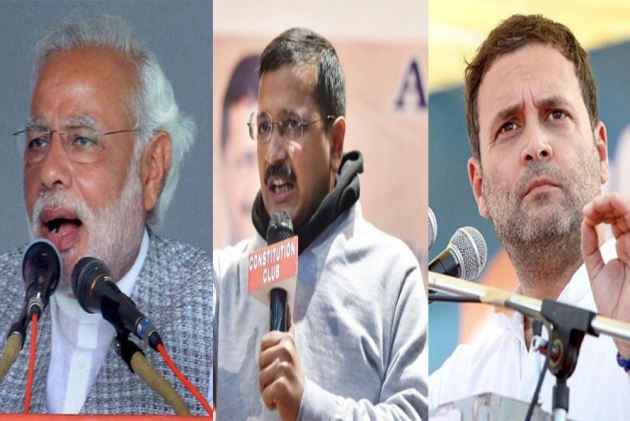 Democracy does not mean holding and winning elections. The quality of a country’s democracy is judged by the way leaders and managers of democratic institutions publicly adhere to democratic norms and values in principle and in practice. The language used by political leaders in a segmented democratic country needs to reflect decency and respect for differences of views and opinion; and inevitability, importance of other political groups.

When public discourse of a country gets vicious and partisan, democratic polity as a whole starts to fall apart. In recent years, with the rise of ultra-right ideology in different parts of the world, the language used publicly by leaders have become vicious and personal. The loud-mouthed rhetoric a la Trump style based on half-truth instead of bringing people together breeds anger, hatred and division in society.

The language of the public discourse in any democracy matters a lot. As psychologists have found out many political leaders are regularly using offensive languages in public to show as if they are “expressing their true feelings” to project themselves as different than their peers who are afraid to tell the truth. But, the ‘foul truth’ by the loud-mouthed politicians is not truth, but populist rhetoric to advance their and their parties’ narrow interest in electoral politics. Moreover, this new political culture has also opened a Pandora’s box of anger and abuse to the conventional media as well as social media.

Mark Twain had once said, “The difference between the almost-right word and the right word is really a large matter — it’s the difference between the lightning bug and the lightning.” Forget almost-right words, political leaders in India have become masters of using all the wrong words, and the trend has deteriorated the standard of public discourse in the country immensely. On the eve of elections in Himachal Pradesh and Gujarat, the political rhetoric has reached to a new low again. Few days ago, even the BJP Chief Minister in Gujarat has accused Congress leader Ahmed Patel of having ISIS links.

However, no one else but India’s Prime Minister Narendra Modi leads the pack of ruling party politicians who regularly use highly undesirable and insulting language not only towards opposition parties and their leaders but also against opposing social and religious groups. Few days ago, Modi while campaigning in Himachal Pradesh for Assembly Election, branded the main opposition party Congress as termites and called the electorates to wipe them out: "There should not be one polling booth where this termite called Congress be allowed to thrive."

It is not that other top leaders of the country are free from using unsavory language and third rate rhetoric against their political opponents and political parties. Delhi Chief Minister and AAP leader Kejriwal had recently called Modi “a Coward and a psychopath”. In 2007 campaign for the Gujarat assembly election, Congress President Sonia Gandhi had indirectly accused Modi and his government as “merchants of death”. However, very few frontline leaders in Indian politics can match Modi’s record on launching personal attacks on political opponents.

In 2004, when Narendra Modi was the Chief Minister of Gujarat, he had called Sonia Gandhi a ‘Jersey Cow’ and he keeps referring to her as “Madam” and it is not out of respect, but as a jibe for her Italian origin. Sonia Gandhi has been at the receiving end of the sexist and racist abuses by senior members of BJP and leaders of the Sangh Parivar for several decades, but their tone and language have become much shriller under Modi’s leadership. Narendra Modi never misses any opportunity to poke fun at Rahul Gandhi and his privileged upbringing by calling him ‘Shazada’.

Modi is not like any other political leader of the country. He is not a state Chief Minister or an opposition leader, he is the Prime Minister of the country and leader of the nation. His language in public settings sets the tone and tenor of the nation’s political debate and discourse. As Prime Minister, Modi’s sharp personalized attacks against other political leaders is not limited to Gandhis only. Early this year, he had also coined Behenji Sampatti Party to target country’s tallest Dalit leader Mayawati. He had in the past while campaigning to be the Prime Minister characterized Congress leader Shashi Tharoor’s wife as “50-crore girlfriend”.

Time and again, Narendra Modi’s statements not only make the opposition leaders and parties see red, also making minority Muslim community nervous. In the last Bihar election in 2015, he not only personally targeted the ‘DNA’ of then-foe-now-friend Nitish Kumar, but also accused the opposition without any foundation that they have been trying to “steal” 5 per cent from quota to give it to a religious minority (read Muslims).

In UP election campaign, Modi had thundered: “If you create kabristaan (graveyard) in a village, then a shamshaan (cremation ground) should be created. If electricity is given uninterrupted in Ramzan, then it should be given in Diwali without a break. There should be no discrimination Bhedbhaav nahin hona chahiye.” By making this kabirstaan-shamshaan and Ramzan-Diwali statement, Prime Minister Modi was openly playing his dangerous brand of Hindutva politics.

The recent likening of the Congress Party with termite follows the same pattern of dividing the country along the group lines and demonizing the political opponents for electoral gains. The call for ‘Congress Mukt Bharat’ by Prime Minister Modi and his party President is not a slogan but the reflection of non-democratic authoritarian ideological leaning. In a secular democratic country like India, the Prime Minister of the country should no way contribute to a political discourse which favors one particular religious group and advocates for an opposition-free country.

In July 1939, Jawaharlal Nehru had written: "In public life we must presume the bona fides of each other...I trust that all our criticisms will be based on policy and not on personalities".National political leaders in post-independence period, adhered more or less to this Nehruvian principle in public discourse, which helped democracy to thrive in the country in spite of heavy odds stacked against it. Except for the last few years, ideological and political differences were never affecting civility and personal relationship among India’s top politicians. India had never in the past witnessed a Bangladeshi style personal rivalry between leaders of main political parties. The fast degradation of political discourse in the country is posing a serious crisis for country’ secular and democratic fabric and the problem can only be addressed if political class soon acknowledges the existence of this problem.

The writer is professor of Peace and Conflict Research at Uppsala University, Sweden.