When The Mood Of State Decides Victim Compensation

Victims of rapes and riots, murders or mayhem continue to be at the receiving end of a whimsical and irrational policy of relief and rehabilitation. Nor is such policy uniform. 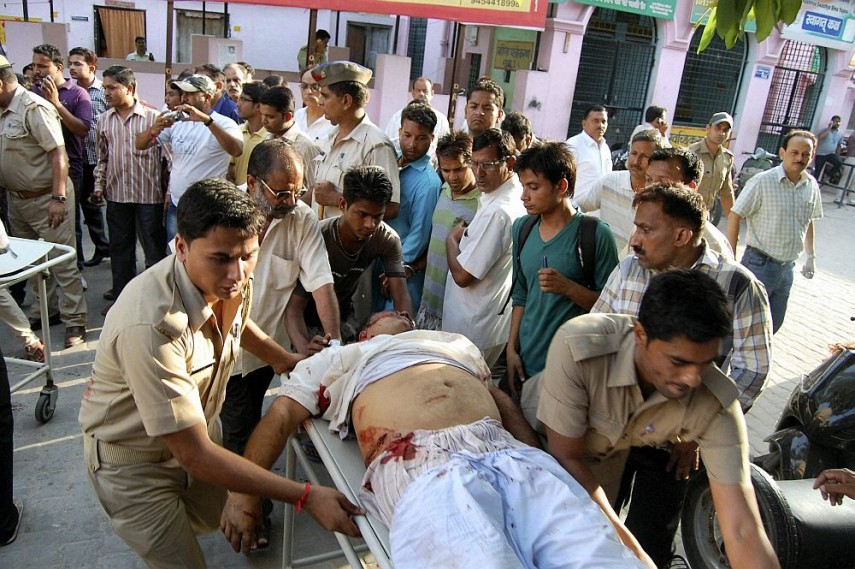 Who said all citizens are equal?  Yes, the Indian Constitution does pledge equality to all. But as Indians know it too well by now, they are unequal in both life and in death.

Those who ventured out to watch a display of fireworks at a temple in Kollam (Kerala), for example, and died in the devastating fire that was set off, were offered a compensation of Rupees two lakh each by the Prime Minister. But people who may die by falling into open manholes or after being bitten by a mad dog would have to be well-connected to receive anything at all.

Where indeed does one draw a line and how is one death or accident deemed more ‘deserving’ than the other?

Politics seems to colour the decisions. If there is an election coming up, the ruling party may feel more generous. If the victim belongs to a dominant group, the community may exert sufficient pressure to twist the government’s arms. If the opposition or the media take up the cause, the response is often faster and even more generous, undoubtedly to put a lid on such simmering controversies. But as a result, the gestures are rarely uniform, rational or fair.

That politicians do engage in a game of one-upmanship is fairly well documented.

The day after the 26/11 attack on Mumbai in 2008, the then Gujarat chief minister reached Mumbai and announced a compensation of Rupees one crore to the widow of Hemant Karkare, the police officer who had been killed by the militants the previous day along with other policemen.

Why only Karkare? Other chief ministers too have sought to use public funds to further their political interests. The Delhi chief minister last year disbursed compensation to a select group of Gujarat riot victims and handed over cheques of Rupees five lakh each. The rationale was not questioned and nobody asked how the beneficiaries were chosen.

Even victims of communal riots are unfortunately not treated equally. Gujarat government had famously offered Rupees two lakh to victims of the Godhra train burning incident but only half that amount to victims of the rioting that followed.

Almost two decades after the Bhagalpur riots of 1989, the Centre decided to offer compensation of Rs 3.5 lakh to families of each victim. But in August, 2016  Haryana government disbursed compensation to 42 victims in Gurgaon of the anti-Sikh riots in 1984 and paid each of them around Rupees seven lakh. The very next month, in September the UP chief minister announced a compensation of Rs 15 lakh each to families of the 18 people reported missing after the Muzaffarnagar riots of 2013.

Names of Mukesh Kumar and Jyoti Singh are unlikely to ring a bell. Both died a violent death in the unlikeliest of ways. Mukesh, a Hindi teacher in a government school, was stabbed to death outside a classroom by two students who had flunked the promotion test for three years and were rusticated. Jyoti boarded a bus she thought would take her home. But instead she was brutally raped, assaulted and pushed out of the bus when the rapists thought she was dead.

Mukesh was killed earlier this year in 2016  while the tragic death of Jyoti, better known as Nirbhaya whose rape and murder sparked a country-wide revulsion in 2012-13, led to changes in rape laws, the juvenile justice Act and creation of a Rs 2,000-crore fund for rape victims.

Their families, however, were treated far more generously after they were gone. Delhi Government announced a ‘compensation’ of Rupees one crore for Mukesh Kumar’s family while Nirbhaya’s  parents were allotted an apartment, his father a more suitable job, besides financial assistance.

But not all families coping with rape or murder of a loved one get treated equally.

There is clearly no method to award compensation.

If a woman is raped in Goa, she was eligible for a compensation up to Rs 10 lakh; in Haryana the compensation is Rupees three lakh and if she was unfortunate enough to get raped in West Bengal and survived, she might receive Rs 20,000, the Supreme Court was informed earlier this year.

In one case, the Odisha Government paid Rs 10,000 to a rape survivor. Since then some governments have revised the amounts to be paid although not all of them appear to have heeded the Supreme Court’s call for a uniform and rational policy for providing adequate relief to rape survivors.

The Uttar Pradesh Government’s decision this month to pay a compensation of Rs 10 lakh for a murder accused who died of Chikungunya has muddied the water further and set a bad precedent.

Ravi Sisodia, one of those arrested for ‘falsely’ accusing Md Akhlaq at Dadri of consuming beef and beating him to death, was 21 and had been moved from the jail to the hospital, where he died.

But the villagers demanded a compensation of Rupees one crore and refused to cremate the dead body which they draped in a tricolor. Union minister Mahesh Sharma mediated a settlement under which the family would receive Rs 25 lakh as ‘compensation’.

Ironically, even the family of Md Akhlaq was treated far better than several other Muslims killed by vigilante groups going by the name of Gau Rakshaks.

In this wonderland, what is urgently needed is an independent audit , possibly by the CAG, to look into the wildly different considerations that motivate the ‘system’ , based on which a uniform policy can be framed.