When Will Climate Change Become A Citizens’ Issue?

Possibly the first full length commercial feature film on the burning topic, ‘Kadvi Hawa’ that will capture the very real threat of climate change making it a topic for people like us too. 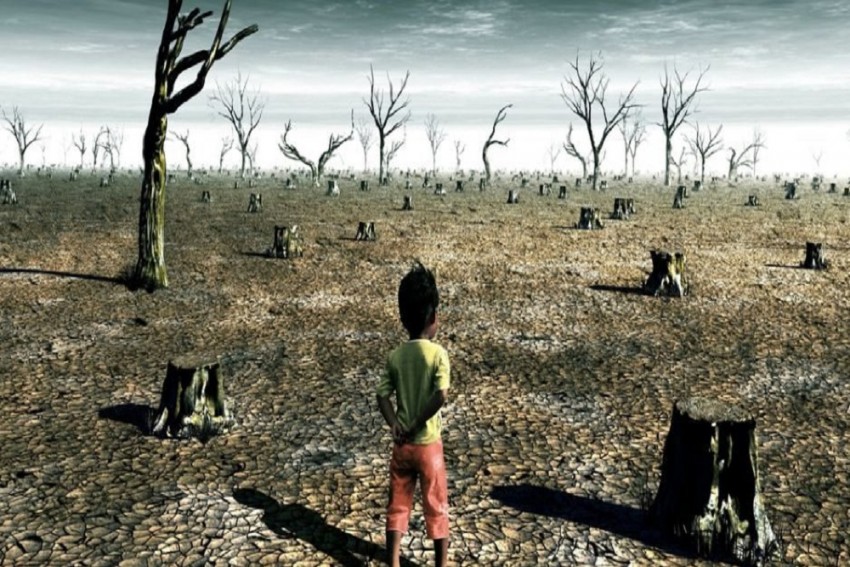 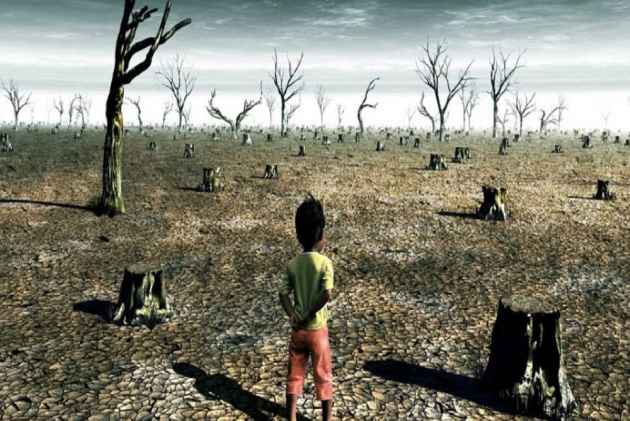 Delhi is witnessing a strange phenomenon. It is already well past mid-August and still one can see the sprinkling-yellows-amid-lush green-foliage that is Amaltaash (Indian laburnum). Now, Amaltaash is a typical spring flower that blooms in Delhi from April-end, May onwards. And even before July, the flowers all vanish making the tree ready for new leaves.

But this year, there are a noticeable number of Amaltaash flowers. While the scientists are neither yet calling the extra humidity as caused due to changing climate nor terming Amaltaash as the ‘new canary’ vis-à-vis changing climate. But the weather patterns give an indication towards it. There are ample enough signs that tell us that our climate is changing and changing for the worse; whether city-slickers notice it with caution or not.

Away from the urban centres, the slightest manifestation in atmospheric conditions make the rural folk sit up and take note. Minor change in weather pattern directly affects the water availability and subsequent food production, so the farming community is much alive to the changes. The UN’s Intergovernmental Panel on Climate Change (IPCC ) has already warned of extreme climatic conditions for South Asia, especially the Indian sub-continent.

A scientific study ‘Climate Change and India: A 4X4 Assessment – a sectoral and regional analysis for 2030’ published in 2010 had identified and studied the impact of climate change on four key sectors of Indian economy – agriculture, water, forests and human health across four climatic regions of India, namely, the Himalayas, Western Ghats, Coastal areas and the North-eastern region.

India has indeed witnessed an entire range of natural disasters across these regions and across sectors too, especially over last two decades. These catastrophic incidents include Mumbai floods in July 2005, Ladakh in August 2010, Kedar ghati / Uttarakhand tragedy in June 2013, Kashmir Valley floods in September 2014 and December 2015 floods in Chennai. Unfortunately, despite such extreme weather events, ‘climate change’ has not yet crept up in the lexicon of the common people. Clearly, the government’s efforts to make people aware of various aspects related to the changing climate and its devastating impact among masses have failed spectacularly.

From real to reel:

This problem about lack of mass awareness on a grave issue such as climate change was exactly captured by Erik Solheim, head of the United Nations Environment Programme (UNEP) when he recently said: “Things have not worked as it should be, because we failed to set out climate change as a citizen’s issue, as a public issue.”

Solheim was in the national capital on August 10 when he attended an event related with a full length commercial Hindi feature film ‘Kadvi Hawa’ on the theme of climate change. Mass media, especially Hindi feature films, is an extremely powerful tool to propagate the message with maximum impact. Perhaps knowing the soft power that Bollywood is, Solheim agreed to unveil the first look of the film during his visit this month even when the film is set to release in November.

The film, starring acclaimed actors Sanjay Mishra, Ranvir Shorey and Tillotama Shome, is directed by Nila Madhab Panda, of ‘I am Kalam’ fame. Panda said his film is an attempt to capture the real threat of climate change through the two protagonists – an old blind farmer (Mishra) and a young bank loan recovery agency (Shorey), two ordinary people, fighting for survival in two extreme weather conditions, not of their making.

Handpump inside the sea:

There is a personal anecdote from more than a decade ago that prompted Panda to take up this topic. Panda, who hails from Odisha, was travelling along the sea coast for one of his documentaries when he was taken aback by two hand pumps inside the sea. Inquiries revealed that the land on which the handpumps stood was part of Satbhaya villages (seven villages), five of which were gobbled up by the rising sea. This July 2017 news report tells us that the sea had crept almost three kilometres into Satbhaya over last two decades, washed away several houses and engulfed vast tracts of land belonging to the villagers.

Rising sea levels is one of the major impacts mentioned in the IPCC’s Assessment Report (AR5) released during 2013-14. “Global temperatures have risen by about 0.8 degrees Celsius over the last century and sea levels have risen by about 20 cms. In many regions, snow and rainfall patterns have changed. Snow, ice, permafrost and glaciers are melting at the poles and around the rest of the world. Extreme weather events are becoming more frequent,” said the salient features of AR5.

These warnings from the AR5 have everything that can and will affect India adversely. We have a more than 7,500 kms long coast line, imagine the vulnerability of coastal communities, not to mention bigger cities such as Mumbai, Kolkata and Chennai along the coast. This year, monsoon has been truant in scores of districts across the country. It has a direct bearing on the agriculture production and in turn, food security.

Climate change has a direct link with economic development. “Extreme weather events are costing India $9-10 billion annually and climate change is projected to impact agriculture productivity with increasing severity from 2020 to the end of the century,” the Parliamentary Standing Committee on Agriculture mentioned in its latest report. In fact, according to this report the recently released mid-year Economic Survey Report says: “Of these, nearly 80% remain uninsured. The 2014 Kashmir floods cost more than $15 billion while Cyclone Hudhud the same year had cost $11 billion.”

So, does the film ‘Kadvi Hawa’ offers any solution to the environmental problems? “I am not offering any solutions. All I am doing is creating awareness. What I want to convey is … each of us need to chip in. It is not the government that alone can do something about this. One of my hero, the 70-year-old blind man takes up the challenge to fight the climate change for his younger son, for the future of his next generation,” Panda emphasised.

Just as Kadvi Hawa’s blind man and the insurance agent fight for survival in extreme weather conditions, not of their making, each one of us is equally vulnerable to an extreme event. Anyone and everyone, anywhere and everywhere. Time to think: Do I know enough about climate change? Am I doing enough to combat it?

Nivedita Khandekar is an independent journalist based in Delhi. She writes on environmental and developmental issues. She can be reached on nivedita_him@rediffmail.com or follow her on twitter at @nivedita_Him