Which Way Will He Turn?

Even the prime minister’s more dogged critics would need to admit that he possesses a rare gift: the ability to surprise. So much so that he keeps the nation perpetually on tenterhooks 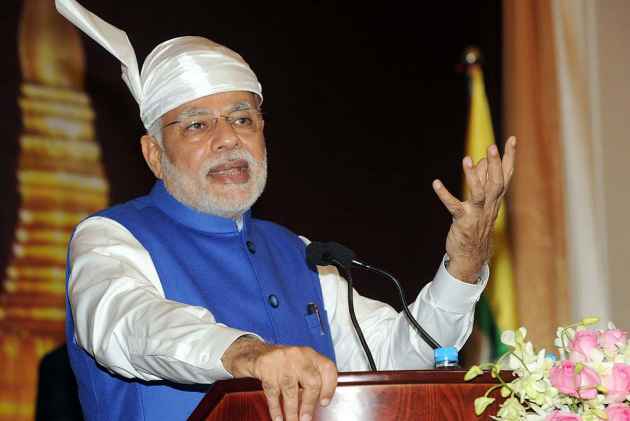 Even the prime minister’s more dogged critics would need to admit that he possesses a rare gift: the ability to surprise. Now, one can argue surprising foes and friends has no known use for a political leader. Cunning, duplicity, statecraft, luck, instinct, magnanimity and ruthlessness are usually considered by Chanakyas to be essential. Yet, it is Narendra Modi’s capacity to astonish that has held the nation in thrall.

The aforementioned skill should not be confused with thinking-out-of-the box or making a detour in policy. I am suggesting something much more radical: a PM or president who, when in office, acts in a manner diametrically opposed to his reputation or record. Such a politician may turn out to be a success or a failure, but he keeps everyone guessing. Charles de Gaulle is perhaps the solitary ruler who has praised its virtues, “A true leader always keeps an element of surprise up his sleeve which others cannot grasp but which keeps the public excited and breathless.” How has Modi kept the nation breathless? Let me count the ways.

We thought it was an example of gesture politics. However, the conciliatory invitation to the Pakistan premier for the swearing-in should have alerted us to his unpredictability.

Modi’s first Independence Day speech from Red Fort left India and Modi-watchers flabbergasted. Instead of presenting his grand, overarching vision to drive India into the first world, he spoke about his dream of making Bharat open-defecation free. (Winning kudos from me at least.)

Enough has been said and written about his campaign on hygiene and sanitation, which he personally launched. Despite the cynicism, the campaign is gathering momentum.

One can understand his appropriation of Sardar Patel, but Jawaharlal Nehru? The great-grandfather of the shehzada, the fountainhead of the hated dynasty? Modi announced he will use November 14, the birth anniversary of ‘Chacha Nehru’, “to teach schoolchildren the importance of cleanliness and healthy living”.

Modi decided to spend Diwali in the Valley, not Hindu-dominated Jammu, from where he slipped away to Siachen to greet the soldiers guarding the treacherous heights.

Almost immediately after his return, he decided to show the olive branch to practitioners of a profession he openly despised: journalists. Some 400 of them were invited to break bread with the Boss. He astounded them by confessing he had erred in avoiding them and he would resume normal relations with the media. Another confession: he had much to learn from the media, so it was in his interest to interact frequently.

The last item on my laundry list is controversial, although as Modi surprises go, it is in the same league. For a man with a modern outlook, someone who governs on the basis of empirical evidence, he endorsed the RSS view of India’s glorious and technologically advanced Vedic past. It seems long-range missiles were flying around then, plastic surgery was available, and stem cell treatment discovered.… Whether the PM really believes such tosh or is only ingratiating himself with Mohan Bhagwat is difficult to tell.

What does all this add up to? First, it is going to be impossible to predict or anticipate the character of the Modi prime ministership. I am reasonably certain if one conducted an opinion poll across the country, the top concern to emerge would be: what kind of person is Modi? What does he stand for? What are his core beliefs? Is he Centre or Centre-Right or extreme Right, or is he just a pragmatist? It is in defining the man that citizens face their biggest challenge.

A Spade is a Spade

A robust, progressive democracy needs a robust, progressive prime minister. Someone who tells the country roughly in which direction it is going. The one we have presently fits the bill—almost. He is dynamic, clean, keen to introduce change and in three decades he has been in public life, corruption or nepotism has not touched him. I could go on singing his praises and risk being expelled by the secular fraternity.

Taking It Too Far

Unfortunately, Modi’s genius for springing surprises cuts both ways. Let us take the commendable initiative to invite Nawaz Sharif. One thought we were going to see the initiative followed up by further exchanges, a continuous dialogue. Instead, the gesture was followed up by what is described as a ‘muscular’ approach to our estranged neighbour.

A prime minister must, of course, change his mind, even reverse policy. But this PM keeps the nation perpetually on tenterhooks—we don’t know which way he will turn. Margaret Thatcher once said, “The lady is not for turning.” But Narendra Modi is different. He is for turning.