When you hold a burning match to a gasoline tank, the laws of chemistry demand combustion. Fed on anti-Americanism, a collective psychosis grips the Pakistani youth... 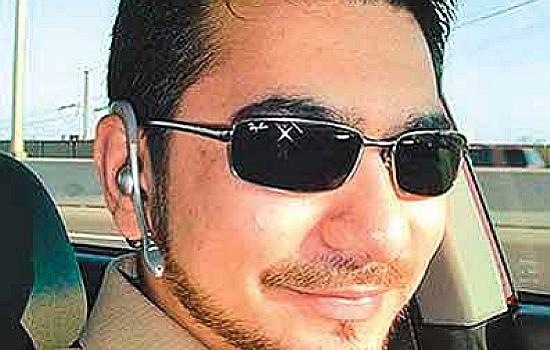 The man who tried to set off a car bomb in Times Square was a Pakistani.

Why is this unsurprising?

Answer: Because when you hold a burning match to a gasoline tank, the laws of chemistry demand combustion.

As anti-American lava spews uninterrupted from the fiery volcanoes of Pakistan's private television channels and newspapers, a collective psychosis grips the country's youth. Murderous intent follows with the conviction that the US is responsible for all ills, both in Pakistan and the world of Islam.

Faisal Shahzad, with designer sunglasses and an MBA degree from the University of Bridgeport, acquired that murderous intent. Living his formative years in Karachi, he typifies the young Pakistani who grew up in the shadow of Zia-ul-Haq's hate-based education curriculum. The son of a retired Air Vice-Marshal, life was easy as was getting US citizenship subsequently. But at some point the toxic schooling and media tutoring must have kicked in. There must have been guilt as he saw pictures of Gaza's dead children and related them to US support for Israel. A little internet browsing, or perhaps the local mosque, must have steered him towards the idea of an Islamic caliphate. This solution to the world's problems would require, of course, the US to be damaged and destroyed. Hence Shahzad's trip to Waziristan.

Ideas considered extreme a decade ago are now mainstream. A private survey carried out by a European embassy based in Islamabad found that only 4% of Pakistanis polled speak well of America, 96% against. Although Pakistan and the US are formal allies, in the public perception the US has ousted India as Pakistan's number one enemy. Remarkably, anti-US sentiment rises in proportion to aid received. Say one good word about the US, and you are automatically labelled as its agent. From what popular TV anchors had to say about it, Kerry-Lugar's $7.5 billion may well have been money that the US wants to steal from Pakistan rather than give to it.

Pakistan is certainly not the world's only country where America is unpopular. In pursuit of its self-interest, wealth and security, the US has waged illegal wars, bribed, bullied and overthrown governments, supported tyrants and military governments, and undermined movements for progressive change. But paradoxically the US is disliked far more in Pakistan than in countries which have born the direct brunt of American attacks - Cuba, Vietnam, Iraq, and Afghanistan. Why?

Drone strikes are a common but false explanation. Foreign minister Shah Mahmood Qureshi implicitly justifies the Times Square bombing as retaliation but this does not bear up. Drone attacks have killed some innocents, but they have devastated militant operations in Waziristan while causing far less collateral damage than Pakistani artillery or airpower. On the other hand, the cities of Hanoi and Haiphong were carpet-bombed by B-52 bombers and Vietnam's jungles were defoliated with Agent Orange. Yet, Vietnam doesn't seem to have developed deep visceral feelings like those in Pakistan.

Finding truer reasons requires deeper digging. In part, Pakistan displays the resentment and self-loathing of a client state for its paymaster. US-Pakistan relations are frankly transactional today, but the master-client relationship is old. Indeed, Pakistan chose this path because confronting India over Kashmir demanded heavy militarisation and big defence budgets. So, in the 1960s, Pakistan willingly entered into the SEATO and CENTO military pacts, and was proud to be called "America's most allied ally". The Pakistan Army became the most powerful, well-equipped and well-organized institution in the country. This also put Pakistan on the external dole.

The Soviet invasion of Afghanistan in 1979, even as it brought in windfall profits, deepened the dependence. Paid by the US to create the anti-Soviet jihadist apparatus, Pakistan is now being paid again to fight that war's blowback. Pakistan then entered George W. Bush's war on terror to enhance America's security - a fact that further hurt self-esteem. It is a separate matter that Pakistan fights that very war for its own survival, and must call upon its army to protect the population from throat-slitting, hand-chopping, girl-whipping fanatics.

Passing the buck is equally fundamental to Pakistan's anti-Americanism. It is in human nature to blame others for one's own failures. Pakistan has long teetered between being a failed state and a failing state. The rich won't pay taxes? Little electricity? Sewage-contaminated drinking water? Kashmir unsolved? Just blame it on the Americans. This phenomenon exists elsewhere too. For example, one recently saw the amazing spectacle of Hamid Karzai threatening to join the Taliban and lashing out against Americans because they (probably correctly) suggested he committed electoral fraud.

Tragically for Pakistan, anti-Americanism plays squarely into the hands of Islamic militants. They vigorously promote the notion of an Islam-West war when, in fact, they actually wage armed struggle to remake society. They will keep fighting this war even if America were to miraculously evaporate into space. Created by poverty, a war-culture, and the macabre manipulations of Pakistan's intelligence services, they seek a total transformation of society. This means eliminating music, art, entertainment, and all manifestations of modernity. Side goals include chasing away the few surviving native Christians, Sikhs, and Hindus.

At a time when the country needs clarity of thought to successfully fight extremism, simple bipolar explanations are inadequate. The moralistic question "Is America good or bad?" is futile. There is little doubt that the US has committed acts of aggression as in Iraq, worsened the Palestine problem, and maintains the world's largest military machine. We also know that it will make a deal with the Taliban if perceived to be in America's self-interest, and it will do so even if that means abandoning the Afghanistan's people to blood-thirsty fanatics.

Yet, it would be wrong to scorn the humanitarian impulse behind US assistance in times of desperation. Shall we simply write off massive US assistance to Pakistan at the time of the dreadful earthquake of 2005? Or to tsunami affected countries in 2004 and to Haiti in 2010? In truth, the US is no more selfish or altruistic than any other country of the world. And it treats its Muslim citizens infinitely better than we treat non-Muslims in Pakistan.

Instead of pronouncing moral judgments on everything and anything, we Pakistanis need to reaffirm what is truly important for our people: peace, economic justice, good governance, rule of law, accountability of rulers, women's rights, and rationality in human affairs. Washington must be firmly resisted, but only when it seeks to drag Pakistan away from these goals. More frenzied anti-Americanism will only produce more Faisal Shahzads.