Why I Am Celebrating BJP’s Downfall In Bihar

Except for a small fringe, ordinary people are not comfortable with daily reports of violent rhetoric and incitement to hatred. They know their children will suffer if riots and unrest return. 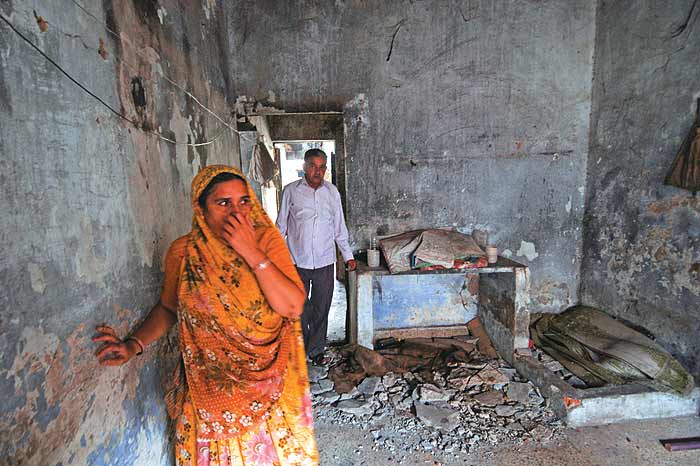 I am not a party-politics person, having never ever been passionately devoted to any political party. Inspired by Communism, possibly because of my Kolkata roots, I was nevertheless disillusioned and disgusted by the orchestrated violence and criminal neglect in West Bengal, after 30 plus years of CPM rule in my home state. I turned anti-Congress during the Emergency. Yet, felt devastated at the news of Indira Gandhi's assassination. She didn't deserve that, in spite of the Emergency aberrations. It was almost worse when Rajiv was killed so violently. He was a good man, the entire nation agreed. India grieved for him then and for his young family. It seems such a long time ago. An age of innocence. I am therefore, your average Indian voter.

Why then, did people like me, celebrate the downfall of the BJP in Bihar? Non political friends, former Modi admirers called me, to say, fantastic news. Ironic, I thought, people like us celebrating Lalu's return. And yet, when the first BJP government under Atal Bihari Vajpayee came to power, I said, good, we need a strong opposition to keep the Congress in check.

My turning point came, when I went to Gujarat in 2002, as part of a Womens' Commission to document the genocide, the rapes and murders of Muslim women in Gujarat. None of us, the six- member women's team, had ever come face to face with such brutality, such barbaric, evil, calculated cruelty to women and children. Even babies were thrown into the fires. How I wondered, could the average Gujarati, so not- aggressive, so-vegetarian, generally non-violent people from Gandhiji's home state have suddenly turned so cruel? What transformed these people into rabid Muslim haters. "No God, not Hindu, not Muslim not Christian nor Jain, allows you to murder and rape", I persisted. "How could this happen?” "That's true Mari-ben", the soft spoken driver said to me. "But it was necessary. We had to teach these people a lesson." These ordinarily peaceable Gujaratis had been brainwashed and indoctrinated. Pure poison, venomous hatred had been injected into the very soul of the state. Thirteen years later, little has changed in Gujarat. Distrust, suspicion, hatred still prevails between the two communities. I know this because I still visit there.

Gujarat was the lab, we were told, to test out a Final Solution. The BJP manifesto was impressive. They have so many intelligent people in the leadership, I mused. Its impossible to eliminate the minorities. Every riot has casualties from both sides. Hindus and Muslims are killed, both have homes looted and destroyed. Everyone suffers. Every thinking person knows this. Killing Muslims and inciting riots is no solution. They will ruin the country. Don't they see it can turn India into Rwanda or Kosovo? Why do they continue along this suicidal path?

What about Punjab? I'm frequently asked. Of course Punjab was catastrophic. Nightmarish. Horrendous. I've heard first hand accounts of Sikhs dragged out on the street and set aflame. Yet evil and brutish though 1984 was, few people think Rajiv Gandhi was personally responsible for the Sikh pogrom even though a handful of murderous Congress goons started the attacks. Put yourself into Rajiv's shoes, I said. His world had turned upside down. His mother brutally assassinated. He was in shock, pushed into politics against his will, when all he ever wanted was to live happily with his family. These are not excuses for what happened. Just a recounting of the facts of the time.

Sikhs have never been regarded as the enemy in India. They are part of the fabric of the nation. No one hates Sikhs. The horror of 1984 can never be forgotten by the Sikh community. The scars will always remain. But even his worst enemy would not accuse Rajiv of personally inciting hatred against Sikhs.

To me, the ordinary people of Bihar must have asked whether Bihar will turn into a communal cauldron again. They've had an existence, relatively free of communal tension, for a few decades, even under Lalu's misrule. People in Ayodhya will tell you that Hindus and Muslims have lived and worked together in harmony for centuries. It’s the same in the sacred city of Varanasi. Poor Hindus and Muslims have co-existed peacefully, interdependent, eking out an existence in harmony, day after day, decade after decade. It is the outsiders who arrive and create disharmony and incite violence. A simple Bihari woman interviewed in a national daily said she was praying for Nitish Kumar to return so her children would know five more years of peace! Village and urban poor people are focussed on crucial issues. The price of dal-chawal, a minimally decent livelihood to feed their families. And a desire to live in peace. After all, its they who bear the brunt in manufactured riots, every time. Not the politicians who spew venom.

At a more sophisticated level, most educated Indians, PM Modi's NRI followers included, are squirming uncomfortably, ashamed that we are being portrayed in the New York Times, the Washington Post and the Guardian as the barbaric nation who battered a man to death for the crime of eating beef. It's back to a jungle-rule image for us, smart cities and IT experts notwithstanding. The Indian voter wanted economic change. An end to corruption. Except for a small fringe, ordinary people are not comfortable with daily reports of violent rhetoric and incitement to hatred. They know their children will suffer if riots and unrest return.

And that is why, this Diwali, many ordinary Indians will heave a sigh of relief. They will celebrate the return of normalcy and hopefully, the beginning of the end of a hate-filled, climate of fear.

We can usher in the festival of light with renewed hope. A Diwali gift from the people of Bihar.