Why I Will Vote For Congress This Time

I've never voted for Congress. But this time, when the whole country is seething in anger with the Congress, I will vote for a Congress candidate. 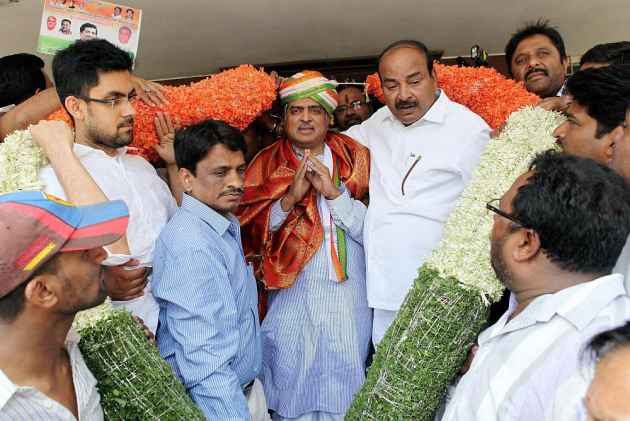 I remember my parents and neighbours celebrating Indira Gandhi's loss in 1977. I remember the stories of my Sikh friends from the 1984 riots. In 1989, I was asked to work on the Congress ad campaign at Rediffusion and I refused. I've never voted for Congress. But this time, when the whole country is seething in anger with the Congress, I will vote for a Congress candidate. Because Nandan Nilekani is the Congress candidate from my constituency and the concept of Nandan Nilekani standing and winning a Lok Sabha election is far more important to me than the agony of voting for the Congress.

Whom should one vote for—party or candidate? Over the last few months, there has been a growing, disturbing, visceral intolerance across party lines—not just amongst the political parties, but within the citizens—in drawing room arguments, Facebook posts and comments and in media debates. But, there's a reason why the ballot paper has the names of individual candidates and not just the party symbols. We choose an individual to represent us, and through our choice we express what kind of parliament and parliamentarians we want.

We need to balance our party preference with the individual candidate. It's a fine, but, critical, balance. We need to ask ourselves some uncomfortable questions before we plunge into the polling booth and vote.

Let me list out those questions, along with how I have answered them in my particular case. It's for you to answer those for yourself as a responsible citizen. But answer you must.

Am I voting for a rubber stamp, worthless candidate in the name of a party or has the candidate actually demonstrated that s/he has achieved something worthy of being one of the 543 people to represent 1.2 billion people? The BJP says that we should be voting for proven competency. Maybe its PM candidate fits the description, but which of my local candidates fits that bill?

In an ideal world, Nandan would have been a shoo-in. Educated at IIT Bombay, co-founder of Infosys, architect of the Bangalore Agenda Task Force, creator of the Aadhaar card—Nandan has demonstrated an extraordinary range of competencies. At Infosys, he helped create one of India's first, and most visible, world class organization, and created hundreds of thousands of jobs. Through Infosys, he was also instrumental, more than anyone else, in putting Bangalore on the world map. As the prime mover behind the Bangalore Agenda Task Force, he helped in professionalizing urban governance in the areas of roads, toilets, transparency of accounting in government bodies and spent over nine crores of his personal money in the bargain. With Aadhaar, he has delivered a gigantic sized, complex project on time and on budget—an extreme rarity in India. He also proved that he could work with and navigate through different state governments, political parties, bureaucracy and government organizations. He fits the BJP's—or anyone else's—description of the ideal candidate for me. Does your candidate?

Am I sure that the person I am going to vote for in the name of the party is going to be clean or am I compromising my principles by voting for a corrupt person in the name of voting for a party? AAP says that we need clean politics and incorruptible non-politicians; which of my local candidate would fit the AAP criteria?

Nandan happens to be a self-made billionaire with his moral compass firmly in place. I think AAP, with all its mistakes, is a positive force in the Indian political scene and my wife and I have both donated generously to it. They talk about getting clean people into politics and—let's face it—it's difficult to find anyone cleaner than Nandan. If AAP tried to create the perfect candidate, chances are high that it would end up with Nandan. Yogendra Yadav is on record as having said “He ticks all the boxes”. Then, why is he not standing on an AAP ticket? Because there's no law that says that all clean people need to be in AAP and frankly, I can't visualize Nandan leading a mob and tearing up electricity bills. AAP's political tactics are predicated on urban guerrilla-ism and that's not Nandan's style. He would not last five days in AAP even if he tried. But, he fits the description of AAP's—or anyone else's— ideal candidate for me. Does your candidate?

Whether you go by the stated principles of AAP (clean non-political candidate) or of the BJP (effective, proven administrator), Nandan fits the bill. Does the candidate of the party of your choice?

But, there are more questions.

In a poor country desperately trying to grow out of poverty, there is an intense debate about right wing economic growth measures and left wing social alleviation issues. Which candidate in your constituency, if any, effectively manages both? Nandan fits the bill for me.

In the Russian roulette of choosing a candidate while you vote for the party of your preference, the last thing you want to do is to choose a candidate you can't trust. Above all else, which candidate in your constituency, if any, can you truly trust? Nandan fits the bill for me.

In the hurly burly of politics, in the passion of electoral jostling and in the heat of the moment, all candidates make statements, which they later retract or deny, whether they later regret or not. Which candidate in your constituency, if any, has had the equanimity and the balance to not surrender their ideals to vote bank politics? Nandan fits the bill for me.

And what about the biggest question of them all—what if the best candidate in your constituency belongs to the Congress, the favourite whipping boy of everyone today? Why waste your vote on a Congress candidate, however good s/he is? How does one make peace with that question?

I want 543 great parliamentarians irrespective of the party they belong to. If Nandan feels comfortable in the Congress, having interacted with all the political parties, I will take his word for it. And so with every deserving candidate, whichever party they have chosen. If the Congress can think of backing a person like Nandan Nilekani, it's a plus point for it in the midst of all the negativity that surrounds the party. The Congress may lose this election but it is not going to be wiped out for ever. When it comes back, I would like to see it evolve around a core of deserving people and having Nandan Nilekani there would increase my confidence.

And one more thing—Nandan Nilekani could have easily chosen the Rajya Sabha route; instead, he is standing for a Lok Sabha election and seeking political legitimacy for his ideas, unlike Manmohan Singh.

When you are in front of the electronic voting machine, that sanctum sanctorum of our democracy, ask yourself a simple question—is there a better person to represent Bangalore, or your constituency, than the person you are about to vote for? You have thought and argued enough about the party you want to vote for; now, think of the candidate.

Disclosure: Aditya Jha has worked under Nandan Nilekani in Infosys