Rajapaksa as Sri Lanka’s President had not only ended the LTTE led civic and ethnic strife but he also succeeded in killing its supremo Prabhakaran, and subsequently had marginalized the Tamil population in the country 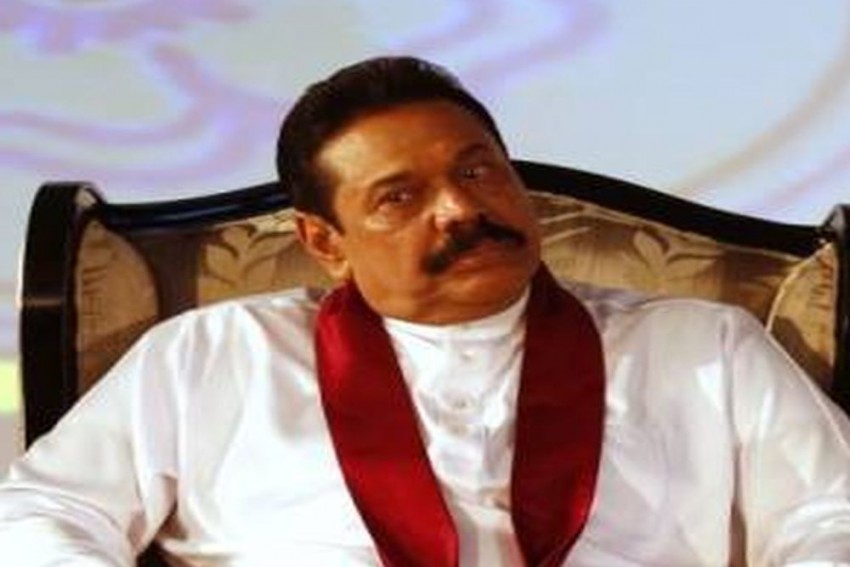 Mahinda Rajapaksa, the freshly appointed Prime Minister of Sri Lanka, whose appointment has triggered a crisis in the island nation.
AP Photo-File
Pranay Sharma October 27, 2018 00:00 IST Why India Needs To Worry As Rajapaksa Takes Over As Sri Lanka PM 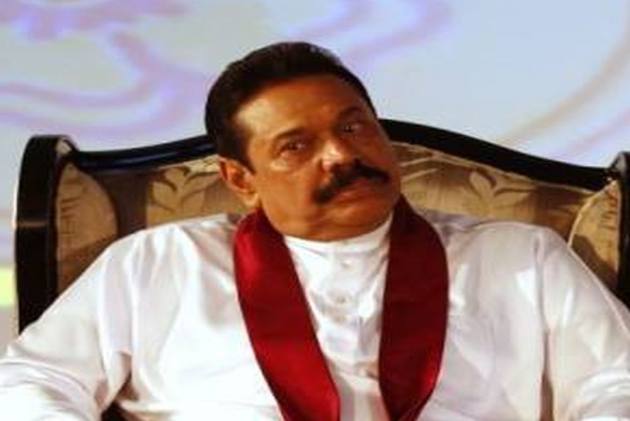 India had no clue Sri Lankan Prime Minister Ranil Wickremesinghe will be sacked soon after his return to Colombo from Delhi.

Wickremesinghe was in Delhi on a three-day visit that ended on October 20. During his visit he held talks with Prime Minister Narendra Modi on bilateral relations and also met Congress leaders Manmohan Singh, Sonia Gandhi and Rahul Gandhi.

Sources say that though India was aware of the rising tension between Wickremesinghe and Sri Lankan President Maithripala Sirisena, it was totally in the dark that the latter would remove the Prime Minister from his post. A reflection of that tension was a heated exchange between the two during a cabinet meeting some days back in which the President alleged Indian spy agency, RAW of hatching a plot to kill him. Though, he later vehemently denied the report, it had created a controversy in political sections in India.

India is not only the big power in the region, it often claim South Asia as its backyard. The failure of anticipating the immediate removal of Wickremesinghe, therefore, raises serious questions as to why it was clueless about such a significant development that happened in Colombo on October 26-- barely six days after the Prime Minister’s return to his country from Delhi.

The President has prorogued the parliament till November 16. But indications suggest that Wickremesinghe would move the Supreme Court seeking its intervention in the matter.

The 19th Amendment brought in 2015 to the Sri Lankan Constitution curtails many of the powers that the President of the country as the executive head once enjoyed. Therefore, the validity of his decision to sack the Prime Minister is also being challenged.

It may be recalled that Sirisena and Wickeremsinghe had taken the initiative in defeating Rajapaksa in the 2015 Presidential election. The coming together of Wickremesinghe’s United National Party (UNP) and Sirisena’s Sri Lanka Freedom Party (SLFP) was also in play a few months later in 2015 parliament election when they emerged as the largest group. The choice of Wickremesinghe being made Prime Minister was obvious. But a number of Indian politicians and government agencies were also given the credit at that time, for bringing these disparate groups together to defeat Rajapaksa and many of his supporters.

But Rajapaksa, seen by the Indian establishment as a pro-Chinese leader in Sri Lanka managed to bounce back in the island’s political reckoning after doing some serious course correction. He also realized that without India’s support it was not possible for him to return to power and also started reaching out to the leadership in Delhi. In September this year he visited India and held talks with PM Modi and a number of other key players in the Indian establishment.

His return to power is not only being questioned by Wickremesinghe but also many others in India. The DMK leader, M.K.Stalin already raised concerns about the Tamils in Sri Lanka if Rajapaksa returned as the island’s Prime Minister. Rajapaksa as Sri Lanka’s President had not only ended the LTTE led civic and ethnic strife but he also succeeded in killing its supremo Prabhakaran, and subsequently had marginalized the Tamil population in the country. The DMK leader’s worry is that such a marginalization of the Tamils may once again be repeated under Rajapaksa.

However, as things stand much would depend on the Sri Lankan Supreme Court. Depending on when Wickremesinghe seek’s its intervention, the focus in the coming days might shift to the country’s apex court. Some fear that it may well play ball with the President since he recently appointed its Chief Justice. But other’s are willing to wait. Since Wickremesinghe or Rajapaksa, whoever is identified as the country’s Prime Minister will have to prove his majority in the House, the position individuals and their parties take in parliament will be crucial. But one things is clear, the political crisis and a bout of instability is likely to return to Sri Lanka for while.