Tamil Nadu politicians, it seems, are not leaving any stone unturned in making feel Prime Minister Narendra Modi unwelcome in the state over the Centre’s delay in setting up the Cauvery Water Management Board. 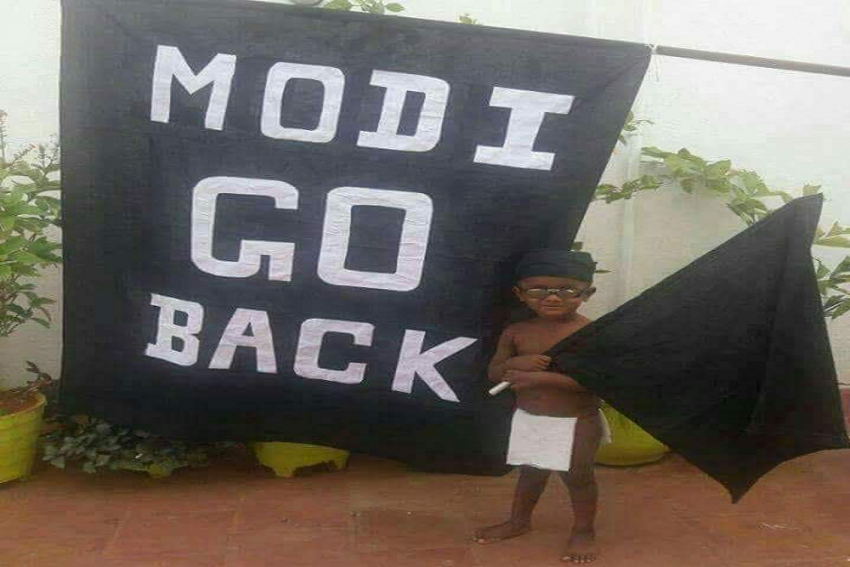 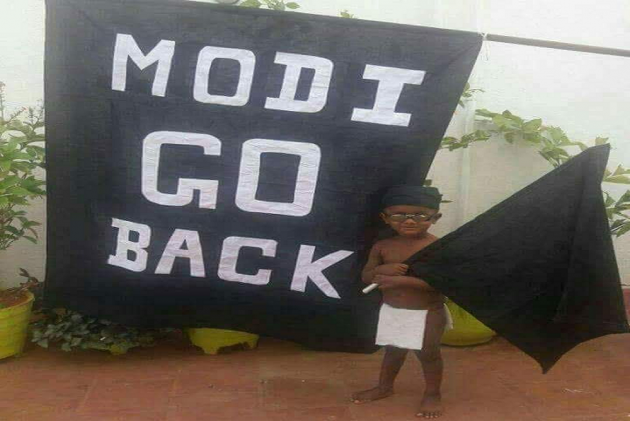 Prime Minister Narendra Modi was greeted with black flags and a hashtag GoBackModi on Twitter before he reached Chennai to attend the Defence Expo-2018 on Thursday.

Modi was flown to the two venues --IIT Madras and DefenceExpo --where the conference was being held in order to avoid the protesters, News 18 reported.

Airborne Modi may have caught a glimpse of the protest because main opposition party DMK’s workers let loose black balloons into the sky.

The balloons will be released at Meenambakkam in the airport's vicinity and "several other locations," said Velmurugan who is also the chief of Tamizhaga Vazhvurimai Katchi.

The party workers waved black flags and, its leaders, came dressed in black sarees and shirts to show their protest against the Centre perceived as dragging its feet in setting up the Cauvery water management board.

The Supreme Court had in its order in February asked the Centre to set up a board to oversee the river water sharing between Karnataka and Tamil Nadu by March 29. But the Centre sought more time citing Karnataka election, but the court refused and asked to come up with a draft rule by May 3

The GoBackModi hashtagers have requested Modi to read the comments before giving any speech and said that he is not welcome in Tamil Nadu.

Tamil Nadu: DMK floats a black balloon in Chennai with the slogan 'Modi Go Back', in protest against PM Modi's visit #CauveryProtest pic.twitter.com/mSLoJ922aN

Tight security arrangements, including a multiple-layer security ring, are being put in place for Modi's visit, police said.