Why Is India A Cricketing Failure??

We are not world leaders in anything and so it should not be surprising that we do not lead the world in this sport. 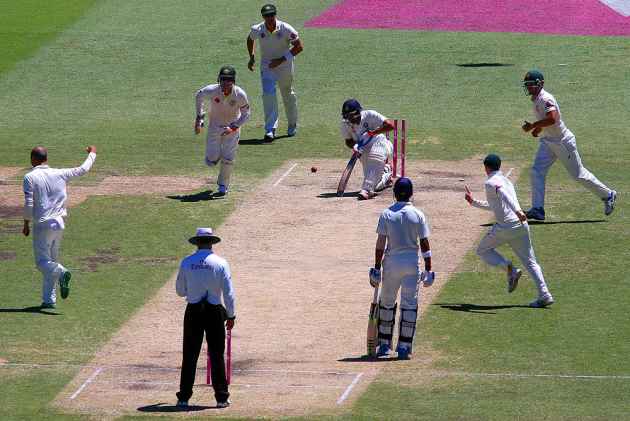 One of the great mysteries of our time should be: why do Indians not dominate cricket?

I do not mean occasionally win at it, which we do, but dominate it permanently in the way that West Indies once dominated and then Australia did.

India has the richest cricket board in the world by far. So it cannot be a question of resources. We dominate every economic aspect of the game to the extent that all other boards must play second fiddle to India. The Indian Premier League is cricket's most profitable event, but India's influence is not limited to its borders. Matches played anywhere in the world will have advertising from Indian companies selling everything from motorcycles to pan masala. So why do we not dominate the actual sport?

We lose more test matches (157) than we win (124). This will not surprise anyone because we only tend to do well at home where it is difficult to get the other team out twice on our slow wickets. On the other hand we tend to get out very quickly on fast wickets and so losing is much easier for us than winning.

But why do we have a losing record against all the major cricketing nations?

Against Australia we have lost 40 and won 24 tests. Against England, we have lost 43 and won 21, and against West Indies lost 30 and won 16. Even against Pakistan we have lost 12 and won 9 (thank god we do not play against them any longer because in this atmosphere of very strong passions, defeat would be even more unbearable). Against South Africa, a nation that has been playing proper international cricket only for the last couple of decades, we have managed to lose 13 while winning 7.

Things are not very different in the One Day International realm either, and I will not bore or depress you with further statistics on this front. The numbers when looked at dispassionately reveal to us something strange. The fierce nationalism and passion of the Indian population exhibited in cricket matches is not reflected in the actual performance of our team. In Bollywood terms, we are Shahid Kapur of cricket though we think we are the Shah Rukh Khan.

The question is: why are we not dominating in the only sport that really interests Indians? We have 1.2 billion people, most of whom watch and play no other field sport. Australia has less than 25 million and a population that does not treat cricket as their only sport. The whole of the cricketing world put together does not have half of India's population so it cannot be a matter of not being talented enough. The IPL's one big problem in expansion is that there is not enough local talent to fill the teams with. That is why the few established local players get such outrageous salaries. It is lack of supply more than great demand.

But given the numbers of people we have, India should have 60 teams of the quality of Australia's, but we have not even one and never have had one in history. Why not?

It cannot be just a question of slow and fast wickets, but even if it is — why do we not have training on fast wickets? We have enough money to do anything we want to get our teams trained in the right way. Why do we not? Perhaps because lack of training and equipment and facilities is not the real problem.

As many of you probably do, I think the answer lies in something deeper. Perhaps it lies in the idea of ambition and excellence.
??We are not world leaders in anything and so it should not be surprising that we do not lead the world in this sport.

As individuals our investment in excellence is low. One glance at the Indians on the field compared to the Australians and the West Indians and, especially, these visiting South Africans, and you know something is very wrong or very different. One side (not our side) looks like athletes do. Indians could be chubby and unfit but still make it to the national team. 'Good enough' is more important than excellence to us.

I began this piece saying that our lack of cricketing dominance 'should be' one of the great mysteries of our time, but of course it is not. We continue watching in the hundreds of millions, giving billions to this sport without really thinking about why we are so bad at it.